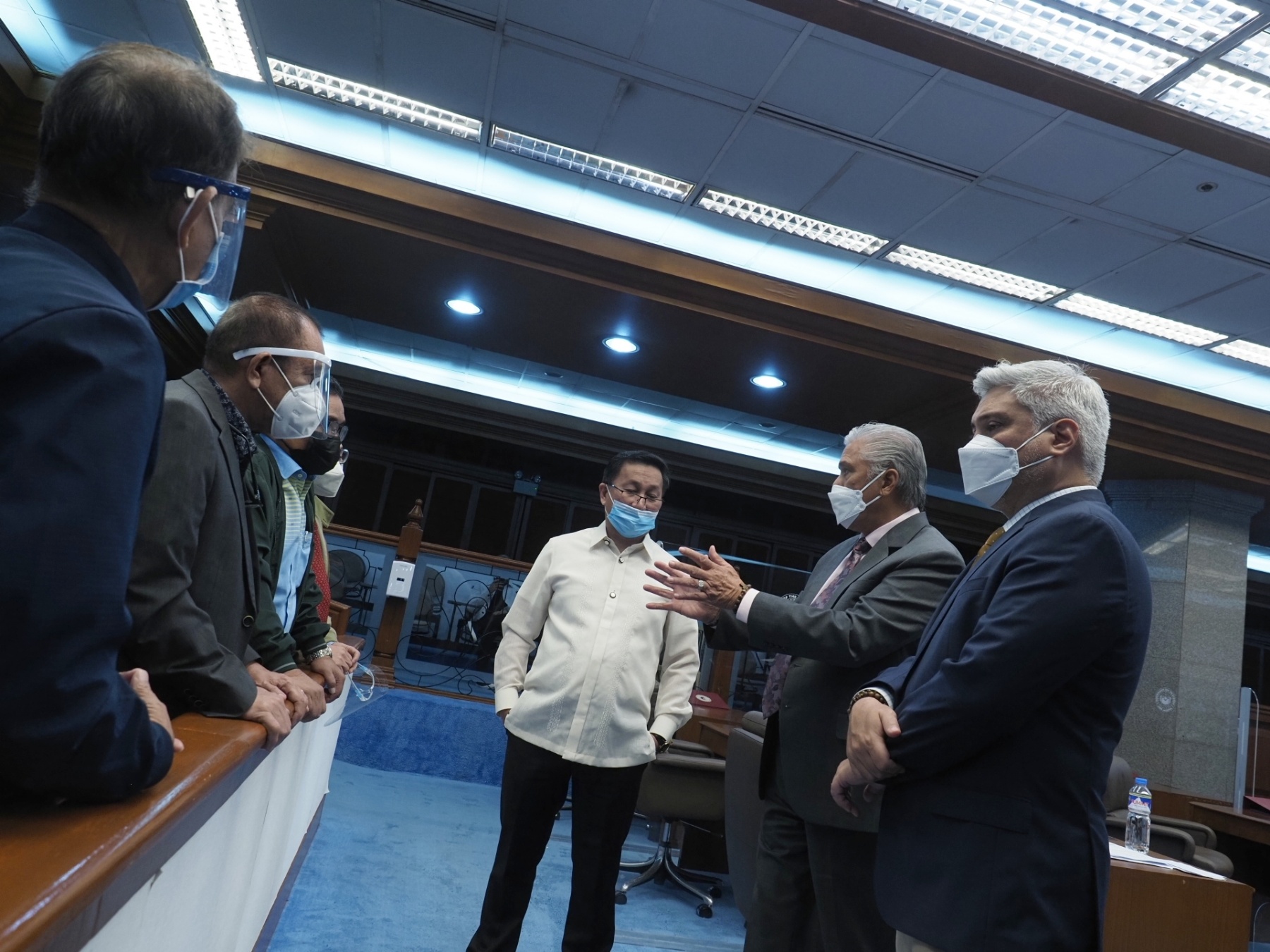 COTABATO CITY—Senator Francis Tolentino pointed out significant circumstances that prompted the Bangsamoro Transition Authority (BTA) to move its first regional parliamentary elections from 2022 to 2025 during the interpellation period of Senate Bill (SB) 2214 on Tuesday.

According to Senator Tolentino, sponsor of the said bill, there is an “absence of Bangsamoro Electoral Code and the absence of apportioning the carving out of the legislative parliamentary districts” pursuant to Section 10, Article 7 of Bangsamoro Organic Law (BOL) or RA No. 11054.

The said provision states that Parliament shall have the power to reconstitute by law the parliamentary districts apportioned among the provinces, cities, municipalities, and geographical areas of BARMM to ensure equitable representation in the parliament.

“This [provision] is very paramount Mr. President. Corollary to this is, there is the absence of book of voters needed for the conduct of elections in each parliamentary district,” Tolentino said.

Considering the near date of the upcoming filing of candidacy, Tolentino further stressed its legal implication to candidates who wished to run in a position.

Early on February this year, the Commission on Election issued Res. 10695 setting the date for the filing of candidacy on October 1 – 8, 2021.

“I counted the days, and we are approaching the 122 days starting today. Can they (BARMM) still do a lot of things? I doubt Mr. President, not to fault them, not to blame them but perhaps, because these circumstances are beyond their control. Fortuitous events led us to this situation which I called as a legal impossibility,” Tolentino appealed.

Senator Tolentino cited that under the law, before being a candidate, “you should be a resident of the place where you intend to file a certificate of candidacy, the office whom you seek to represent.”

“This is no longer applicable Mr. President, because we’re fast approaching October, the one-year residency will not apply. If I reside in Sulu for instance, and I intend to transfer my residence to Tawi-Tawi to run, it will no longer apply,” Tolentino explained.

“I refer back to the reasoning given by the BARMM leadership, the pandemic really hit hard not just on their mobility but on their ability to conduct sessions in islands – where there is no connectivity to speak of, it really constrained them, not to mention the fact that for the first six months they were not able to work,” Tolentino said.

However, Senator Panfilo Lacson argued that Tolentino should not mention Covid-19 as a major reason for postponing the BARMM elections as “it could establish a very dangerous precedent.”

He claimed that using Covid-19 as a reason for postponement of parliamentary regional elections in the Bangsamoro may open the flood gate for a NO-EL (No Election) scenario in the national level.

“Life goes on even with or without Covid-19, in fact, we are here working, Mr. President,” Lacson said, comparing the legislation passed by the Senate and BTA Parliament during the pandemic.

On the contrary, Senator Tolentino told: “There are candidates who would want to run but there are no positions to aspire for. There are places that should be represented, but there are no parliamentary districts crafted. So that is the dilemma.”

“Mr. President, If I refer back to the three pathways that I mentioned last night and to what I reiterated — this is a legal impossibility, exacerbated by the current pandemic,” Tolentino added.

Three pathways mentioned by the senator are: