MOH turns over 8 ambulances to Maguindanao 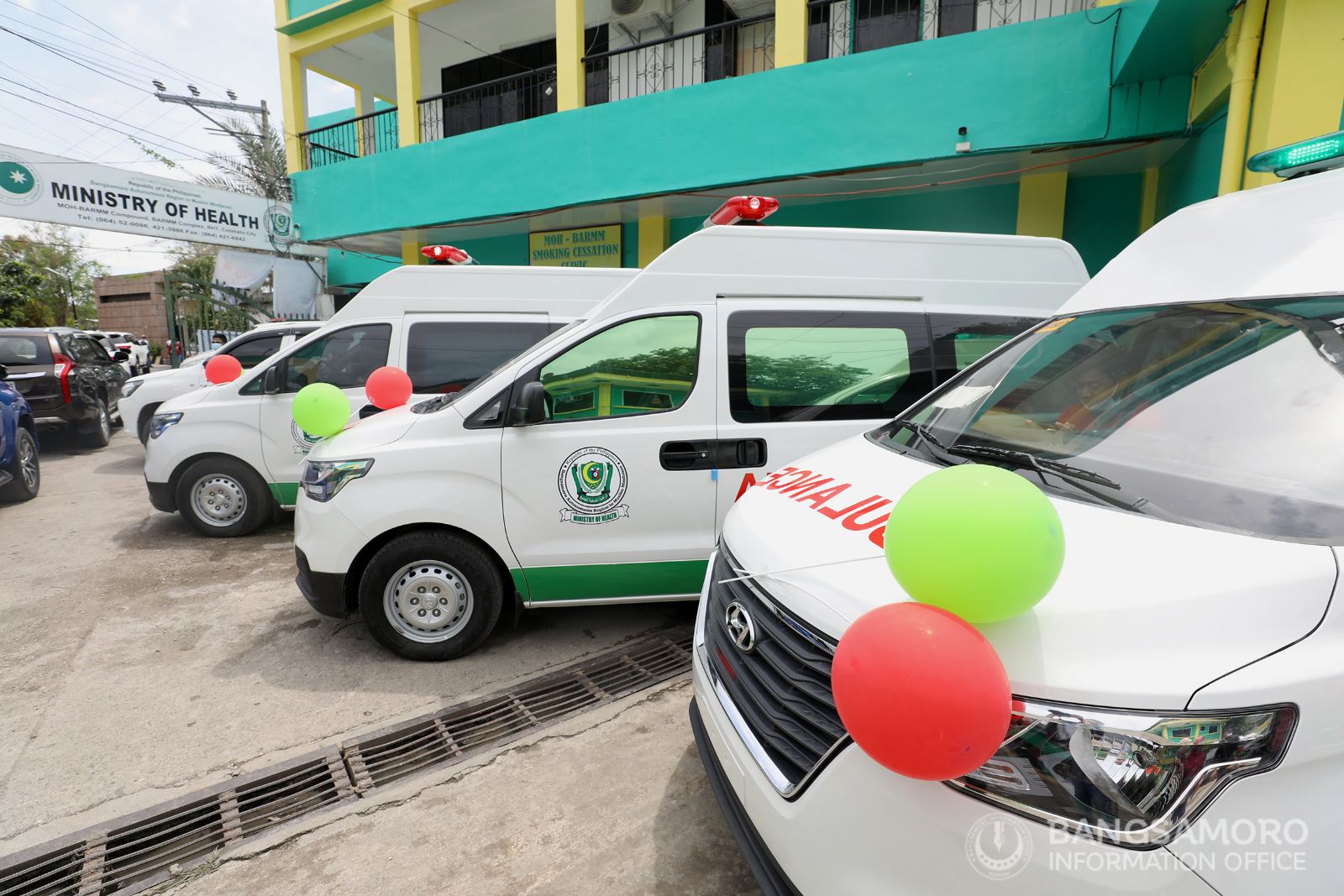 COTABATO CITY — Healthcare units and facilities in the Bangsamoro Autonomous Region in Muslim Mindanao (BARMM) continue receiving ambulances from the regional government in a bid to keep advancing its services to its people.

Health officials of the Bangsamoro Government turned over eight (8) land ambulances to various barangay health stations (BHS) and rural health units (RHU) from different towns of Maguindanao on Wednesday, June 2, in Cotabato City as a “step toward the fulfilment of the mandate and vision of the Ministry of Health (MOH) under the BARMM Government.”

“The ambulance service will be the first point of care for the patients from home, from RHU, from accident sites sometimes, to the referral hospitals. They are tasked to provide first aid,” Dr. Latiph said.

The number adds up to 20 units previously turned over to the region’s four other provinces — eight units for Lanao del Sur, three units for Basilan, six for Sulu, and three units for Tawi-Tawi.

Citing incidences of irresponsible use of ambulances, Dr. Latiph reminded the recipients that the units should only be utilized in advancing the healthcare services in their communities in cases of traumatic and emergency incidents.

The said  ambulances were procured under the Health Facility Enhancement Program (HFEP) 2019, and the ministry has already distributed a total of 27 land ambulances and one sea ambulance across the region.

The project is an initiative of the Members of the Parliament (MPs) which is aimed at boosting quality health care services, and addressing the gaps and challenges in the region’s health services.

The assistance include 20 units of ambulances intended for different local government units, rural health units, and hospitals across the five provinces of the BARMM and its 63 barangays in North Cotabato. (Bangsamoro Information Office)