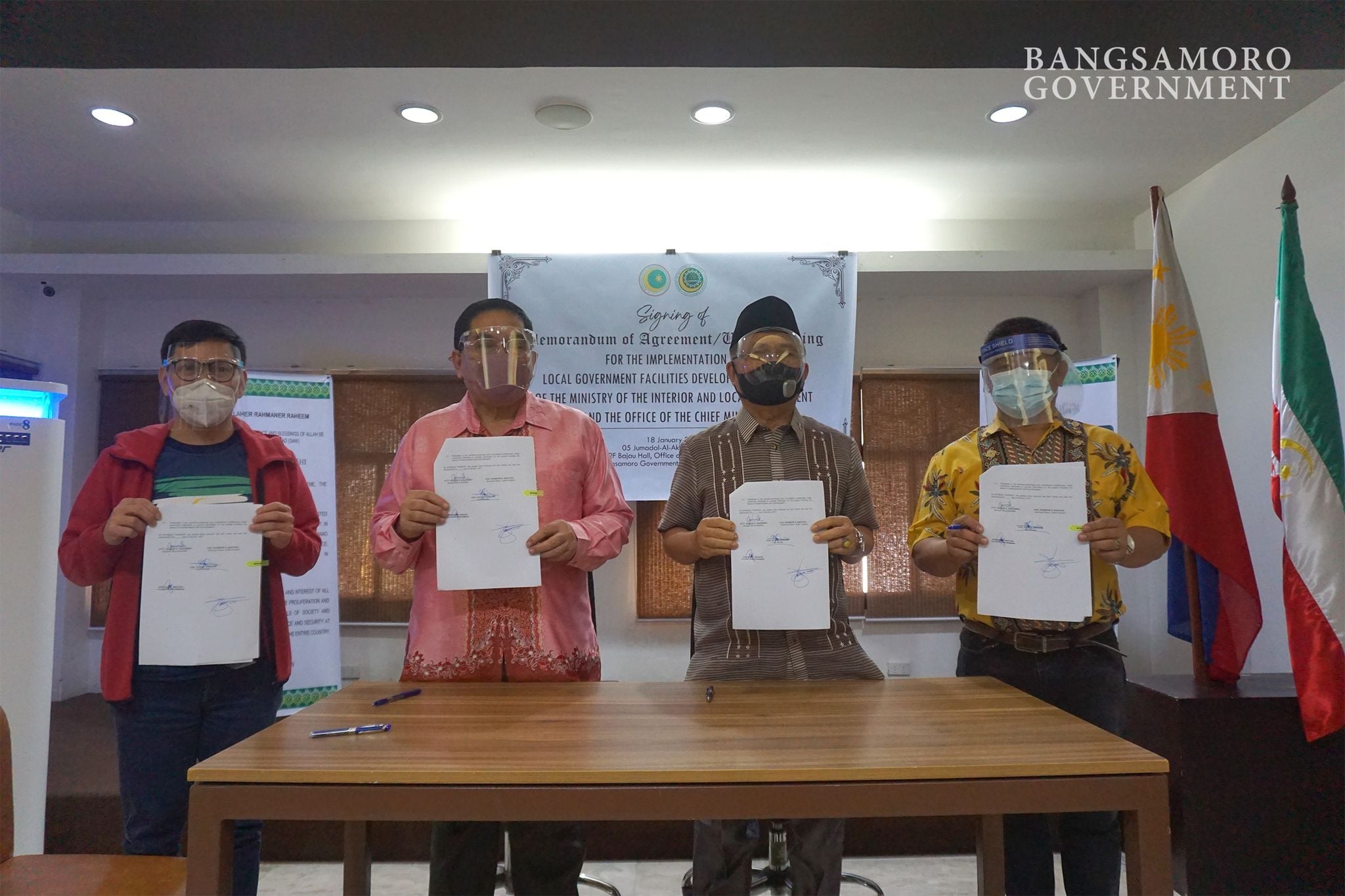 BARMM’s Ministry of the Interior and Local Government (MILG) and the Office of the Chief Minister (OCM) inked a Memorandum of Agreement/Understanding with the town mayors  of Talayan, Kabuntalan, South Upi, Datu Blah Sinsuat, and Sultan Kudarat on Monday, Jan. 18 in Cotabato City.

The funding for said five local government units are from Local Government Facilities Development Program of the OCM in coordination with the MILG.

The project is under the funding support of the regular funds of the MILG and contingency fund provided by the OCM which aims to  provide infrastructures to support and enhance the governance facilities of the said LGUs.

The structures, Sinarimbo noted, will build the foundation of cooperation of the regional government and towns in Maguindanao.

“That hope is founded on our unshaken belief that the cooperation between the LGUs [local government umits] and the Bangsamoro Government would resolve in better services for our people,” Sinsarimbo stressed.

Chief Minister Ebrahim underscored that the Bangsamoro Government  will continue developing programs and projects, especially infrastructure support, to be implemented in every towns across the region.

“Nakaline-up na ang mga programa at proyekto ng ibat-ibang ministries at OCM. Ito ang main reason why we are opting for an extension and we hope this will be materialized in shaa Allah,” Ebrahim said.

In December 2020, a similar agreement was inked between the MILG and the towns of Sultan Dumalondong, Butig, Poona Bayabao, and Lumbaca Unayan in Lanao del Sur, and Pandag in Maguindanao for the construction of two-storey building.

“The project will initially cover 10,000 combatants who will be provided with cash assistance,” Sinarimbo said. He further added the assistance will be based on the basis of their compliance with at least three mandatory requirement — enrollment into peace education, community services rendering, and skills development training.