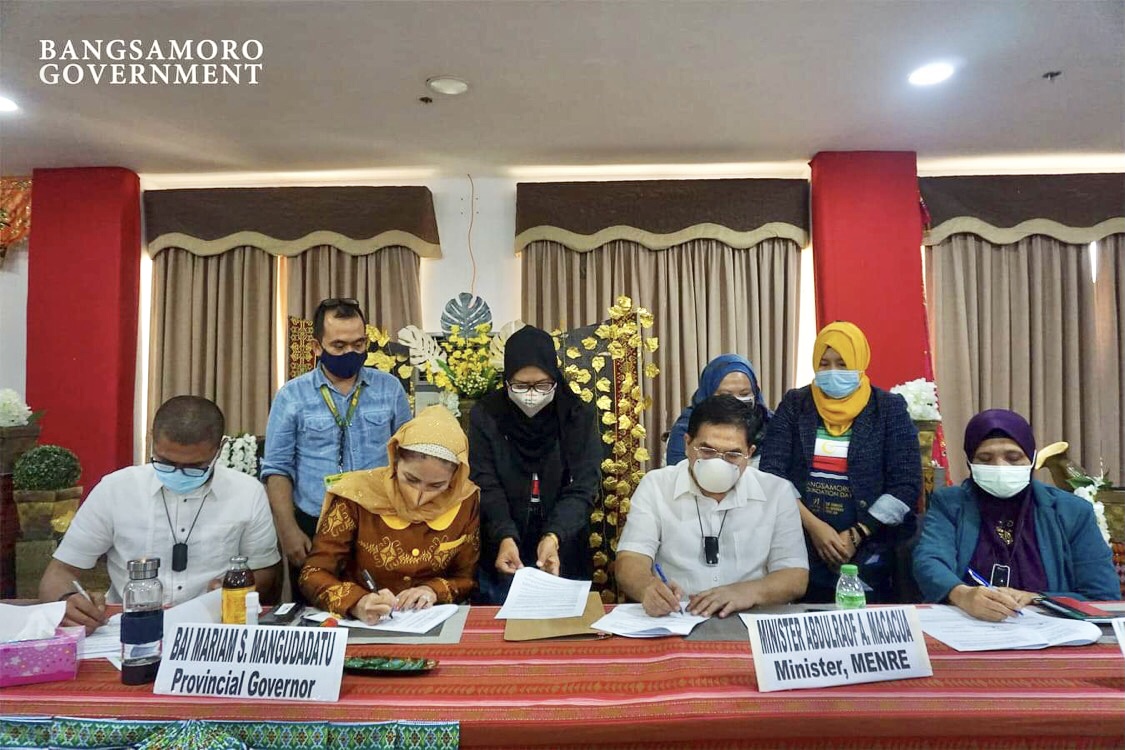 Buluan, MAGUINDANAO—Ministries of Bangsamoro Autonomous Region in Muslim Mindanao (BARMM) brought its services to Maguindanao province as part of celebrating its foundation anniversary on Tuesday.

BARMM Executive Secretary Abdularaof Macacua said the celebration of BARMM’s founding anniversary is a reminder of our forefathers’ struggles to attain the right to self-determination.

The environment, natural resources and energy minister also emphasized the need of strengthening solidarity in the region.

“Once the province of Maguindanao is united then the whole BARMM is united […] we have to be precise that we are solidly united,” he said.

Aside from the convergence activity of different BARMM ministries, groundbreaking ceremonies were also held.

Meanwhile, Maguindanao Provincial Governor Bai Mariam Sangki-Mangudadatu presented the accomplishments of their programs and projects in the province.

The MILG and the Province of Maguindanao signed a Memorandum of Understanding (MoU) worth Php35,000,000.00 in support to Local Government Infrastructure Development Project (LGIDP) in Buluan, Maguindanao.

The LGIDP provides grant financing and capacity development for the planning, implementation and operation of government facilities that demonstrated willingness to institute governance reform.

Also, MILG has initiated and designed a leadership excellence program known as Salamat Excellence Award for Leadership (SEAL) for local chief executives, which aims to contribute in the establishment of moral governance in the Bangsamoro region. (Bangsamoro Information Office)