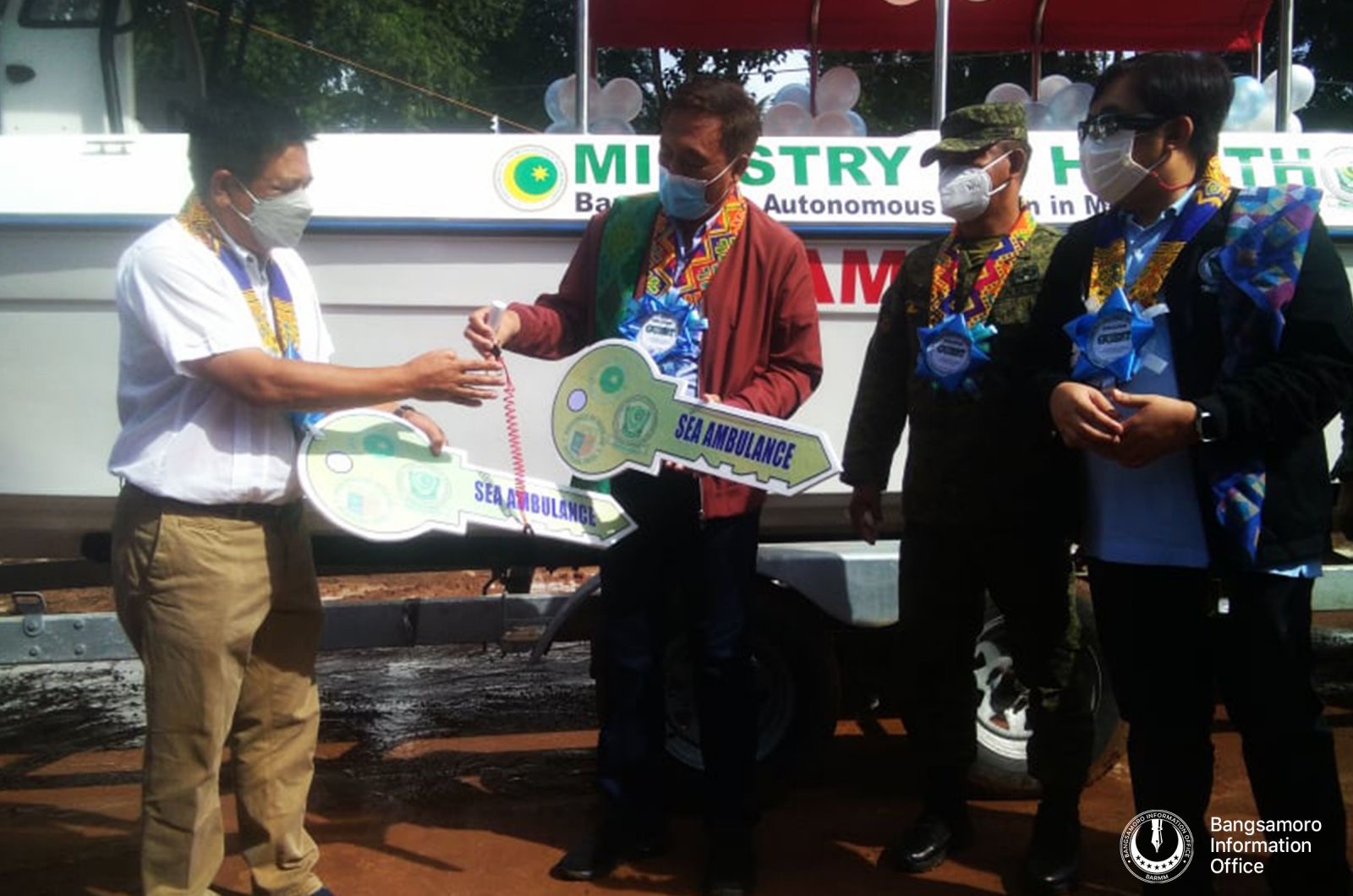 On Thursday, July 15, Minister Dr. Bashary Latiph of the Ministry of Health (MOH) led the inauguration of the 25-bed capacity LDH building and 120-bed capacity COVID facility, and the turnover of 2 (two) sea ambulances, one land ambulance, and 300 Barangay Health Workers (BHS) kits to the province.

The land ambulance was worth P2.5-million, while the sea ambulances were worth P3-million each, all funded under the Bangsamoro Transition Authority’s (BTA) Transition Development Impact Fund (TDIF) project.

Newly constructed LDH building was worth a total of P30-million, with ten million coming from the Health Facility Enhancement Program (HFEP) 2017, and P20-million from the 2018 HFEP.

The isolation facility worth roughly P25-million was funded by the Office of the Chief Minister and implemented by the Ministry of Public Works.

Latiph said it is Chief Minister Ahod Ebrahim’s directive to prioritize the health care needs of the Bangsamoro people. He said MOH is in its full force to address the needs for quality health care services in the region, especially in this time of pandemic.

With a total worth of P1.3-million, each BHW kit consists of a laptop, tablet, medical tools, and medicines for first aid. BHW cash incentives for Lamitan City was worth P558,000 and for Basilan P1.9-million.