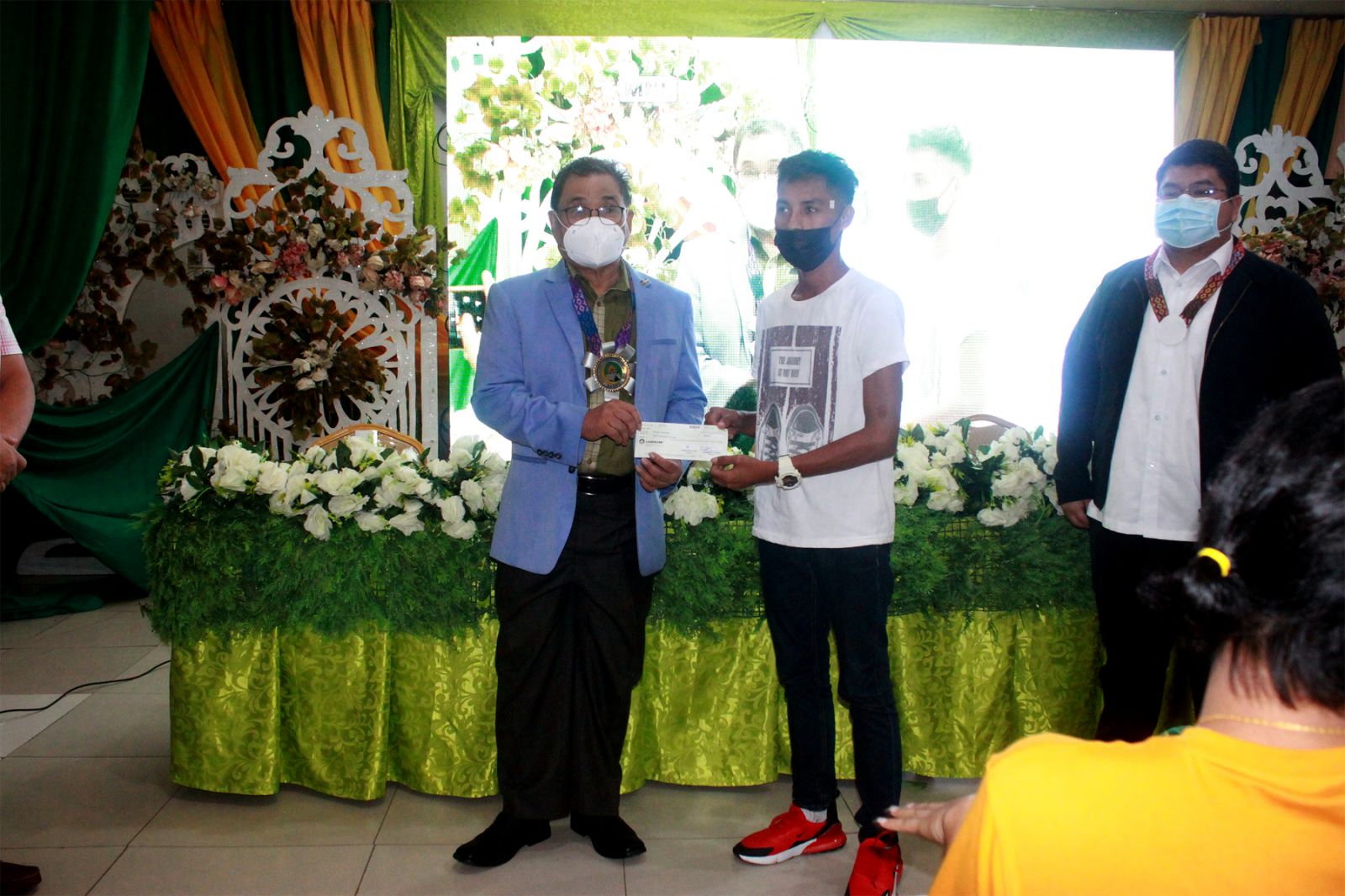 COTABATO CITY—The first batch of the recipients of Access to Higher and Modern Education Scholarship Program (AHME-SP) of the Ministry of Basic, Higher and Technical Education (MBHTE) received half of their Php60,000.00 annual allowance on Thursday, July 15, in the city.

Of these grantees, 152 students, who are from Cotabato City and 90 students from Special Geographic Area (SGA) in North Cotabato, have obtained their bank checks worth Php30,000.00 on Thursday.

Other students from the remaining five provinces of BARMM are set to receive the same in the coming weeks.

The students are part of the 1,298 AHME-SP beneficiaries (within BARMM) who were qualified and admitted during the scholarship screening held last July 24, 2020.

Also called “Bangsamoro IQ Scholar”, AHME-SP is one of the flagship scholarship programs of the MBHTE in the region intended for former combatants, their children, orphans, or surviving spouses, and in line with post-conflict rehabilitation and development efforts of the regional government.

“Giving all Bangsamoro children an equitable start is not only beneficial for them; it would lead to better economic and social outcomes for their families, communities, and the Bangsamoro homeland,” Iqbal said.

“To our AHME Scholars, I congratulate you for qualifying for this program. I hope that you will be inspired to apply yourselves to exceed any expectations and become Bangsamoro professionals or leaders who can thrive in a competitive working environment and exemplify moral values,” he added.

In his message read by Cabinet Secretary Mohd Asnin Pendatun, BARMM Chief Minister Ahod B. Ebrahim said that Government of the Day remains true to its promise in reforming the educational system during the transition.

“From the day we chose you, our dear children, to become beneficiaries of the Access to Higher and Modern Education Scholarship Program; up to this day, our joy remains unwavering. For we know that you are the future of our region,” Ebrahim noted.

Meanwhile, Marjuni Maddi, director-general for higher education, explained that the scholars underwent rigorous processes during the admission highlighting that AHME-SP is not just a granting aid but also a merit-based scholarship program.

Maddi said that upon completion of the scholarship, students are expected to render two (2) years of service in the government.

Al-jerad Dalanda, a Political Science freshman student from the University of Southern Mindanao (USM) in Kabacan, North Cotabato, expressed his thanks to the education ministry for admitting him to the scholarship.

For the 2nd batch of AHME-SP grantees this coming School Year 2021-2022, the MBHTE allocated 1,400 slots for interested qualified applicants, who will undergo on special examination for them to be accepted. (Bangsamoro Information Office)