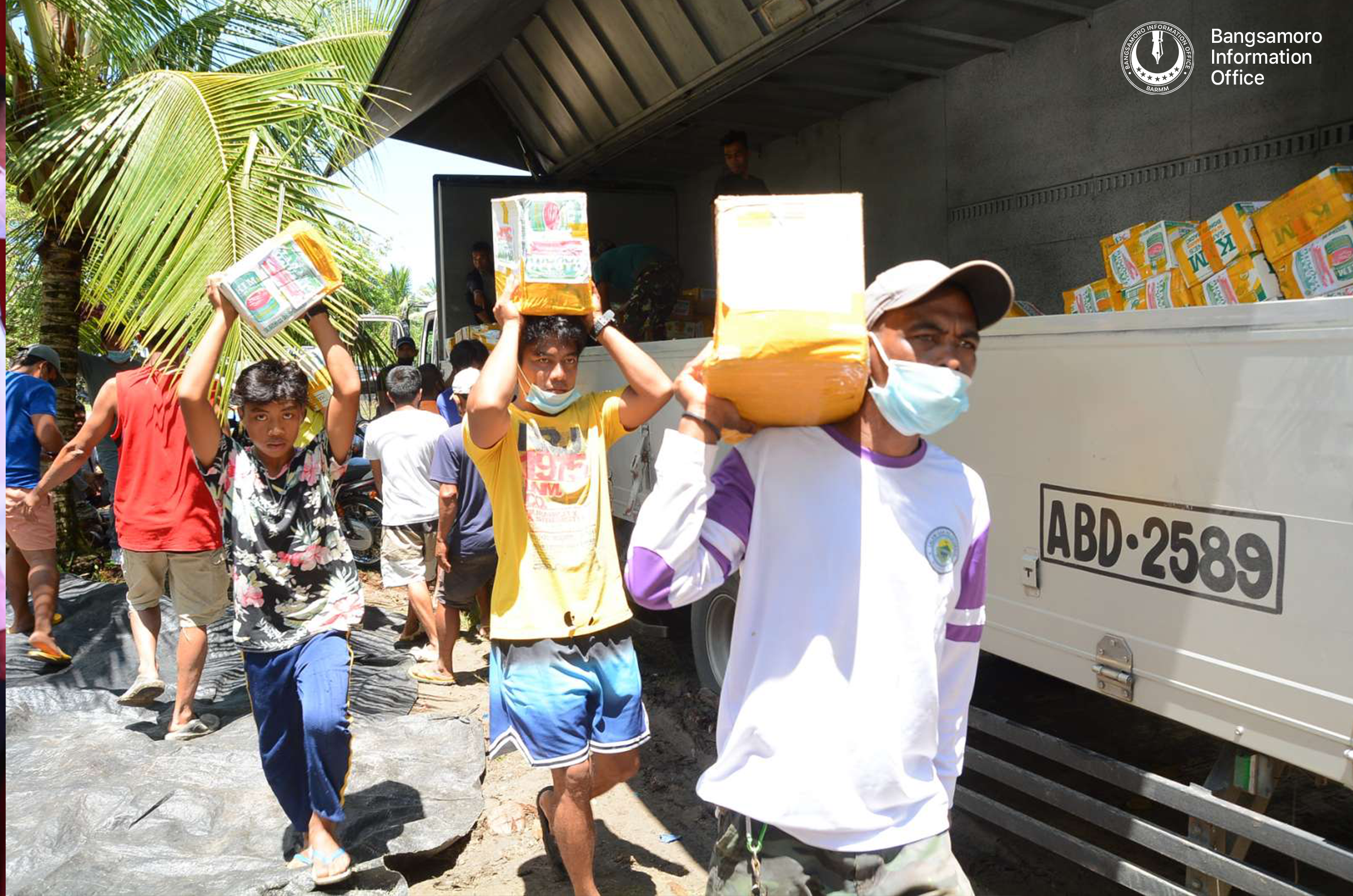 The distribution was specifically held at Barangay Dunguan and Barangay Tapodok, in the town of Aleosan, North Cotabato.

Each beneficiary received relief packs which contain 25 kilos of rice, 1 kilo of sugar and salt, packs of coffee, cooking oil, and monggo beans.

The barangay health stations of the said barangays have also received medicines from Project TABANG.

SGA Cluster III of Pikit Coordinator Jimmy Adil emphasized that the services provided by the Bangsamoro Government is very vital to its constituents,  especially in these trying times caused by the pandemic.

Emran Taya, 46, a farmer and a health worker at barangay Tapodok, expressed his gratitude to the Project TABANG of the Bangsamoro Government.

On July 15, the Project TABANG will conduct a distribution activity in the three barangays of Parang, Maguindanao.

Project TABANG is one of the   special programs of the Office of the Chief Minister (OCM) which aims to bring the services of the Bangsamoro Government closer to its people. (Bangsamoro Information Office)