BARMM turns over health station with birthing facility in Maguindanao 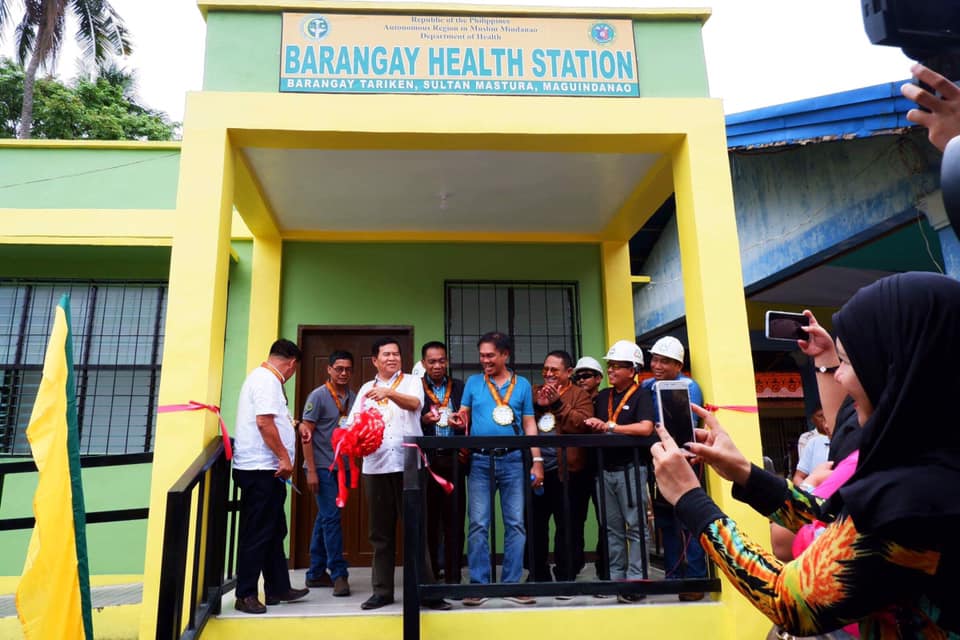 Cotabato City (March 19, 2019) – The Bangsamoro government’s health services are now accessible to the residents of Barangay Tariken in Sultan Mastura, Maguindanao following the Ministry of Health’s turn over of a newly built health station with birthing facility on March 19.

MOH Minister Dr. Safrullah Dipatuan—also a member of the Bangsamoro Transition Authority—led the turn over ceremony together with Dickson Hermoso, assistant secretary for peace and security of the Office of the Presidential Adviser on the Peace Process (OPAPP).

The health station is the first health facility that was turned over under the Bangsamoro autonomous region.

In his speech during the ceremony, Hermoso asked the residents to support and trust the new Bangsamoro government as it seeks to provide the needs of the Bangsamoro people.

Dr. Dipatuan emphasized that the Bangsamoro government focuses on its five pillars which include health, education, social services, strategic infrastructures, and moral governance.

”We want to build in every barangay in the region a health station with birthing facility and enough human resources,” Dr. Dipatuan said.

Flordelyn Ransac, 26, a mother of two and eight months’ pregnant said that she doesn’t need to travel far for health check-ups as the new health station is just a minute away from her house.