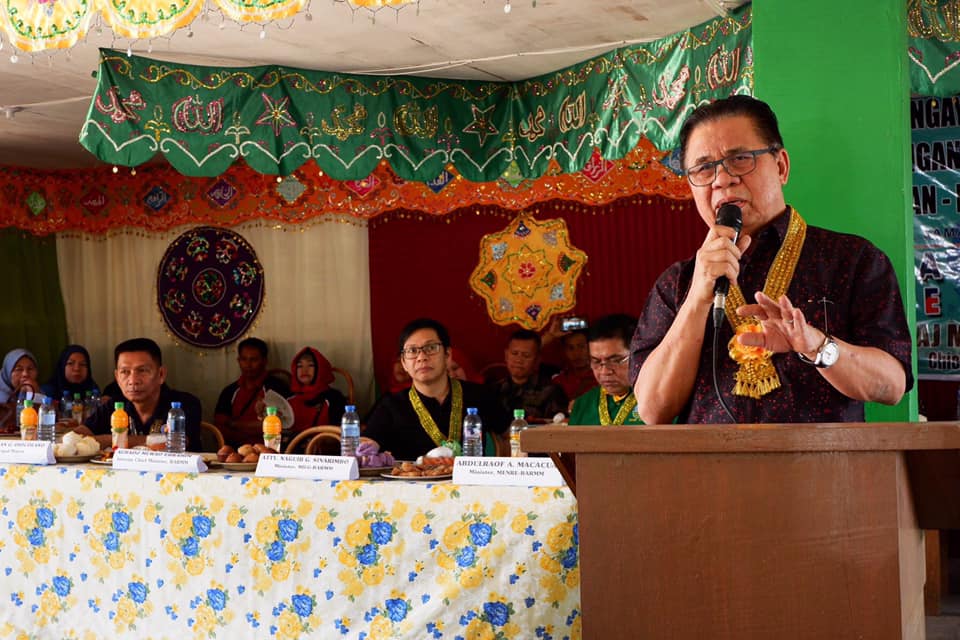 During the assembly in the villages of Gambar and Pagalugan in Kabuntalan, Maguindamao, Ebrahim noted that the “assembly is one way of following rules which many of us were ignorant of or not observed by all authorities.”

“We will start the change from the top while you also help us start changing below.”

“We struggled to change our system of governance,” he said. Ebrahim added that following the creation of BARMM, a more difficult jihad is ahead of the Bangsamoro leadership. “We entered the system in order to change it from within.”

“We must accept the principle that governance must be exercised by the many, not few.”

Moral governance, according to Ebrahim, will be advocated by his administration.

Referring to Barangay Gambar, he said, “This was my hiding place before,” while reminiscing his days of “going against the government.”

As the Chairperson of the Moro Islamic Liberation Front, Ebrahim together with his comrades entered into the peace negotiations with the national government that resulted to the passage of the RA 11054. He then reminded the Barangay captains who attended the event that the BARMM is a result of a long ‘struggle’.

He emphasized the importance of holding events that involve the participation of the stakeholders. ”This assembly is one way of following rules which many of us were ignorant of,” he said. “We are here today to listen to you and to hear your suggestions so that we can resolve them altogether,” he added.

“It is up to us if we want our governance to improve. All our contributions matter here.”

Meanwhile, after the assembly, the chief minister together with other ministers led the tree planting activity, ceremonial distribution of farm seedlings, and medical mission.