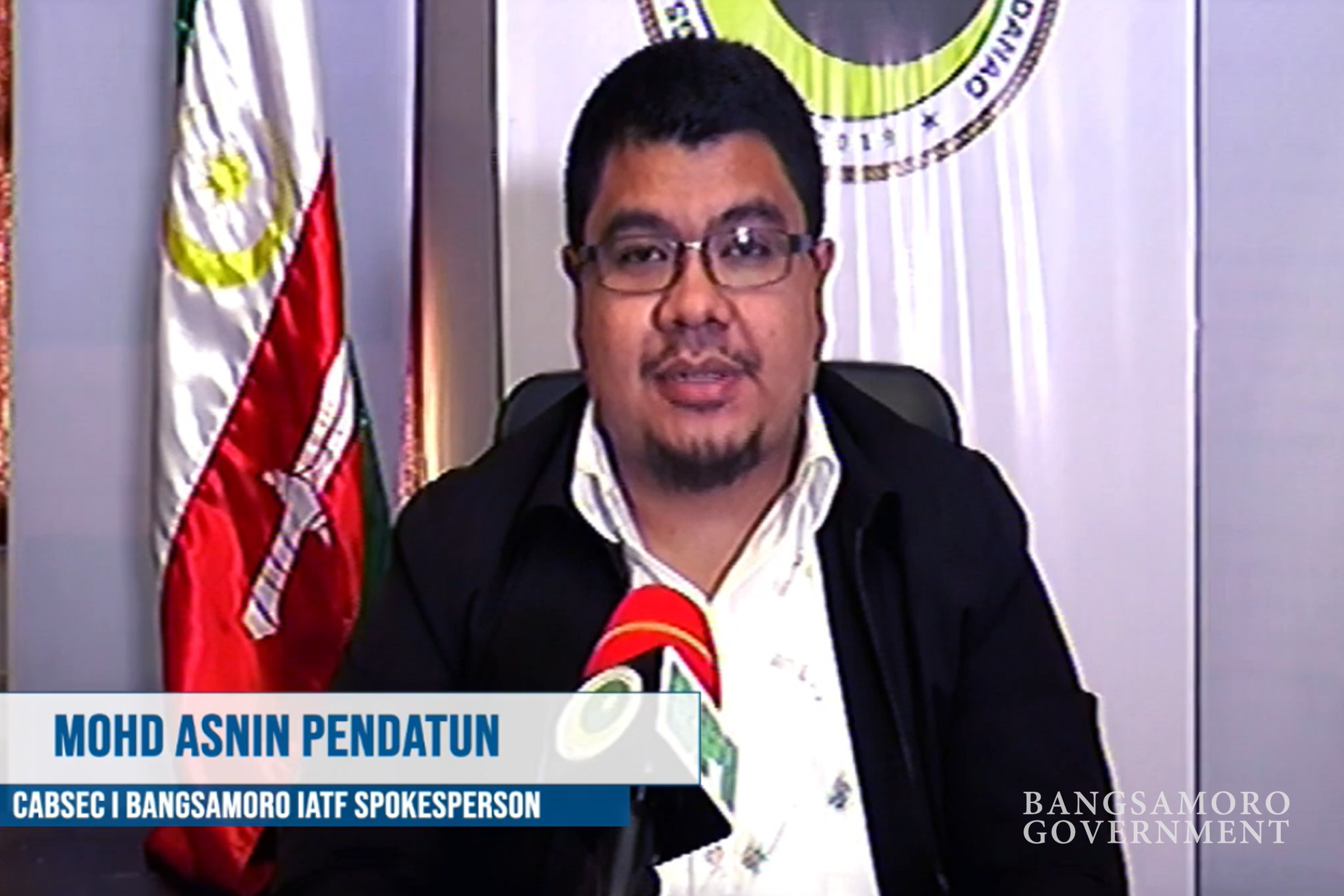 Cotabato City (May 6, 2020)—Bangsamoro Government, through its Ministry of Finance, and Budget and Management (MFBM), has already released some P1.9-billion worth of funds since the start of Coronavirus Diseases (Covid-19) pandemic.

According to BARMM Inter-Agency Task Force (IATF) Spokesperson Mohd Asnin Pendatun, the said funds were utilized for socio-economic relief for residents affected by the crisis, and efforts to contain the spread of the virus in the region.

“This includes the procurement of relief goods, construction of isolation building, and assistance to hospitals among others,” Pendatun, who is also the BARMM’s Cabinet Secretary, said during a virtual presser here on Tuesday, May 5.

Pendatun noted that these funds are particularly itemized as part of the BARMM’s Quick Response Fund (QRF), and as regular funds from offices, such as Ministry of Social Services and Development (MSSD) and Ministry of Interior and Local Government (MILG), intended for Covid-19.

Other projects disclosed, as part of the funds, were used for the ongoing massive and strategic relief operations in the different areas of the Bangsamoro Region.

“The funds we used for the massive and strategic relief operations, through the Office of the Chief Minister, particularly, the Project TABANG, BARMM READi and MSSD operations, were taken from the P1.9 billion,” Pendatun said.

Furthermore, Pendatun said the P14-million worth of memorandum of agreement (MOA) with Cotabato Regional and Medical Center (CRMC) as well as the ongoing construction of the 100-bed capacity isolation building in Sultan Kudarat, Maguindanao were also taken from the said funds.

“Part of the said fund was the MOA signing with CRMC amounting to 14M for the upgrade of their laboratories, so they can be accredited and capable to use Polymerase Chain Reaction (PCR) testing,” Pendatun added. (Bureau of Public Information)