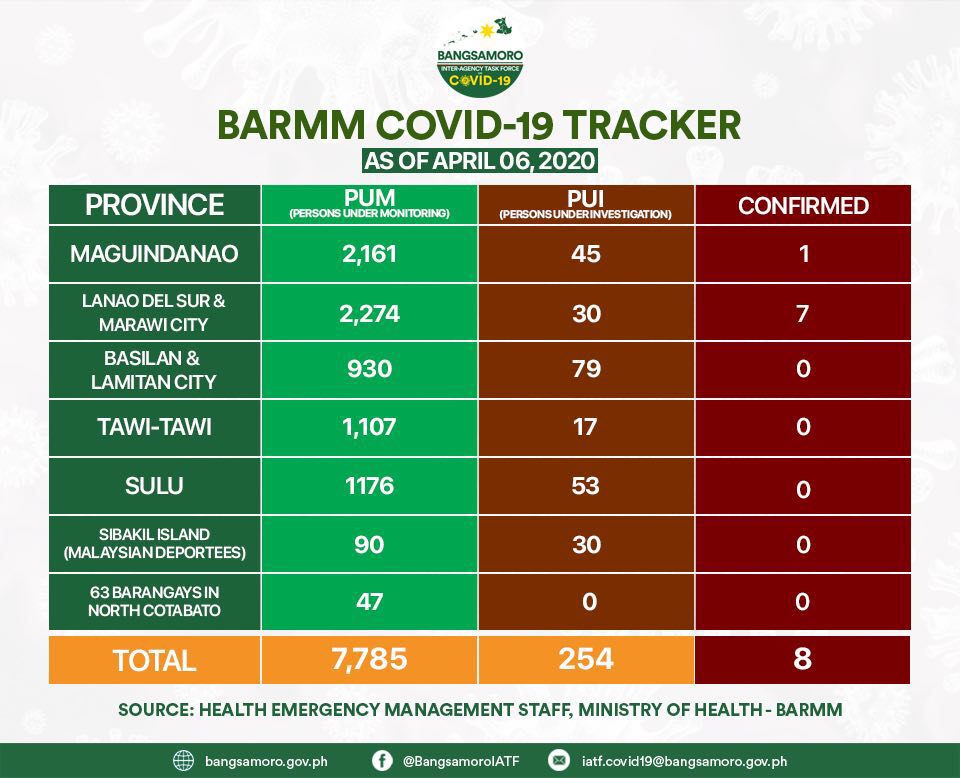 BARMM’s Inter-Agency Task Force (Bangsamoro-IATF) on COVID-19 announced Tuesday, April 7, that out of 254 PUI cases across BARMM, only 100 PUIs are still awaiting for results. 136 completed home quarantine, 16 recovered and discharged, and 2 died.

In the entire region, 8 persons tested positive for the said virus. Of these, there were 3 fatalities, 3 recoveries, and 2 ongoing cases from Datu Odin Sinsuat municipality in Maguindanao and in Marawi City.

Dipatuan also noted that out of the 7,785 total numbers of Persons Under Monitoring (PUMs), 2,168 are still undergoing strict home quarantine.

He also assured that MOH health workers were properly oriented of their responsibility regarding contact tracing and other related actions to fight the virus that caused a global pandemic.

Meanwhile, the Bangsamoro-IATF has formulated a contingency plan as preparation for the worst-case scenario in light of COVID-19.

He also added that there are certain indicators to factor in activating the said contingency plan.

He said should there be human-to-human transmission in the region and two or more communities will seek surge capacity [municipal or provincial level], the contigency plan will be activated.