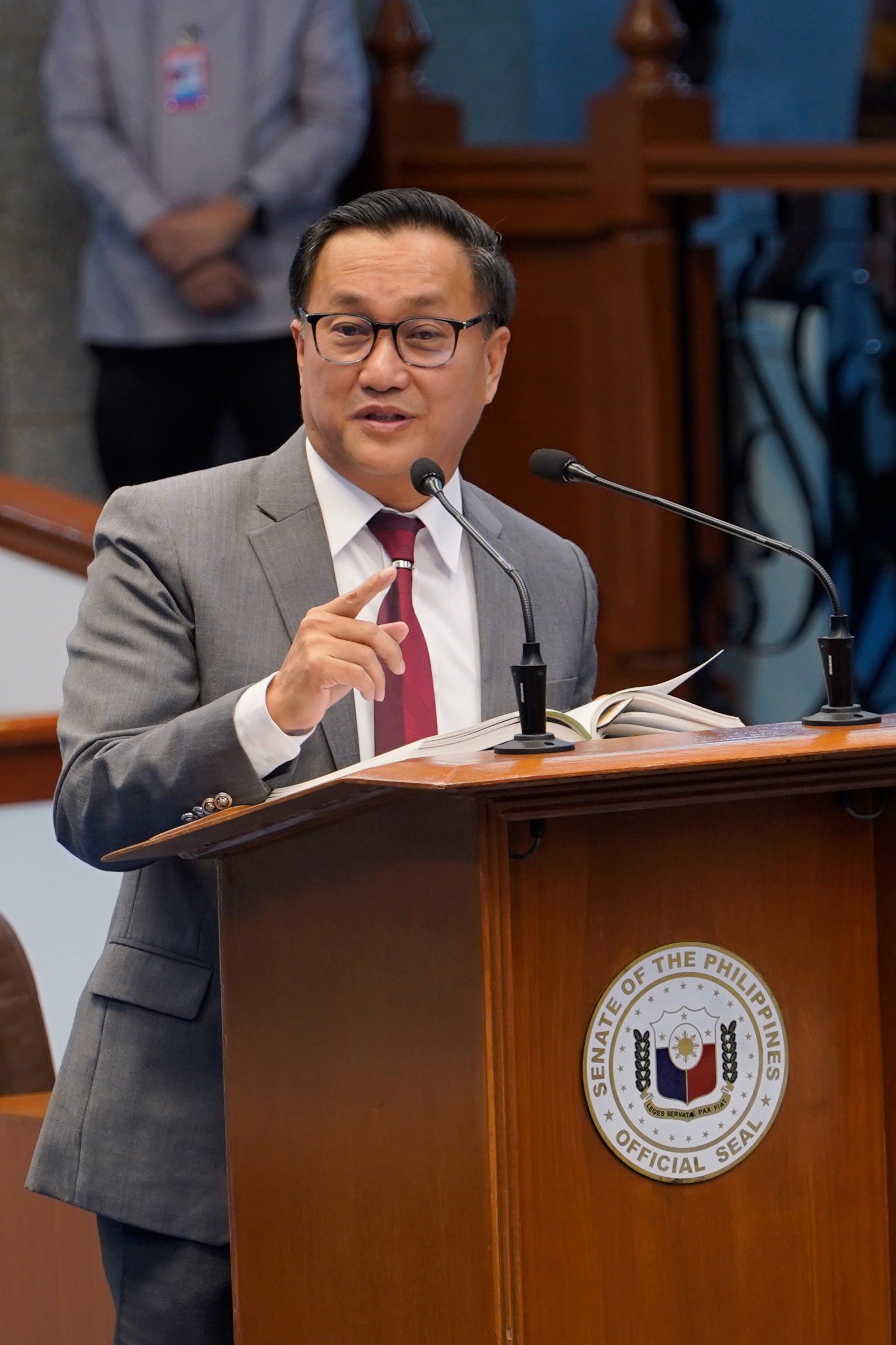 COTABATO CITY—Senator Francis Tolentino, Chairman of the Committee on Local Government, submitted Committee Report No. 258 and delivered his sponsorship speech for the approval of Senate Bill No. 2214 during the 61st Plenary Session of the Senate held on Thursday.

Senate Bill No. 2214, a substitute bill to Senate Bill Nos. 2019 and 2025, introduced by Senator Aquilino “Koko” Pimentel III and Senator Richard J. Gordon, respectively, is entitled “An Act Resetting the First Regular Elections in the Bangsamoro Autonomous Region in Muslim Mindanao, amending, for the purpose, Section 13, Article XVI or Republic Act No. 11054, otherwise known as the “Organic Law for the Bangsamoro Autonomous Region in Muslim Mindanao”.

During the plenary session, Majority Floor Leader Miguel Zubiri and Senator Risa Hontiveros signified their desire to be co-sponsors of the said bill.

Under Sec. 1 of the said bill, Sec. 13 of BOL is hereby amended, which moves the first regular election for the Bangsamoro Government—instead of 2022 to 2025—in synchrony with the national elections.

Furthermore, Sec. 2. provides that “during the extension of the transition period, the Bangsamoro Transition Authority (BTA) shall continue as the interim government in the BARMM, provided, that the BTA shall prioritize its mandated duties under Section 4(a), Article XVI of R.A. No. 11054.”

In his message, Senator Tolentino said the committee has bid to craft a bill “in the hopes of addressing all legal and political issues in a manner that is most fitting and consistent of the Comprehensive Agreement of the Bangsamoro (CAB) and the BOL” for the welfare of the Bangsamoro people.

“Ang nangyari po Mr. President, Covid-19, contributed to the delay, among others, in the execution of the plans of the Bangsamoro Government. Responding to the impact of the Covid-19 has been a challenge to the BTA and all the government leaders, however, the interim government took up all the unprecedented challenge to respond to the health crisis and recovery plans in the region,” he said.

Amidst the pandemic’s onslaught, Tolentino highlighted project interventions of the interim government such as the allocation of Php155-Million to various Local Government Units, Php15-Million assistance to each partner hospitals in Cotabato City and Marawi for the enhancement of testing capacities, construction of isolation facilities, cash assistance to affected workers, including the initial amount of Php500-Million for the purchase of Covid-19 vaccines, among others.

Furthermore, the Bangsamoro Parliament has already approved three (3) out of six (6) Priority Codes such as Bangsamoro Administrative Code (October 28, 2020), Bangsamoro Civil Service Code (Feb. 24, 2021), and the Bangsamoro Education Code (May 18, 2021).

“This committee also conducted hearings and constituted two technical working groups to thresh out the issue of the extension of the transition period. We have received copies of resolutions and manifestations from BARMM, LGUs clamoring for the extension.”

As part of the salient features of the bill, the President shall appoint the eighty (80) new interim members of the BTA, which shall be composed of the following:

(c) One (1) member each nominated by the following local government units: the BARMM barangays in North Cotabato, Marawi City, and Cotabato City; and

“Provided, finally, that all appointed interim BTA officers shall hold office until the duly elected officials in the May 2025 elections shall have qualified and assumed office.”

“Indeed, this committee sees the need to see the BARMM transition period in order to implement the political and normalization efforts embodied in the CAB. However, it is also mindful of the Bangsamoro people’s right to assert their democracy in the said region and exercise their right to suffrage,” Tolentino expressed. (Bangsamoro Information Office)