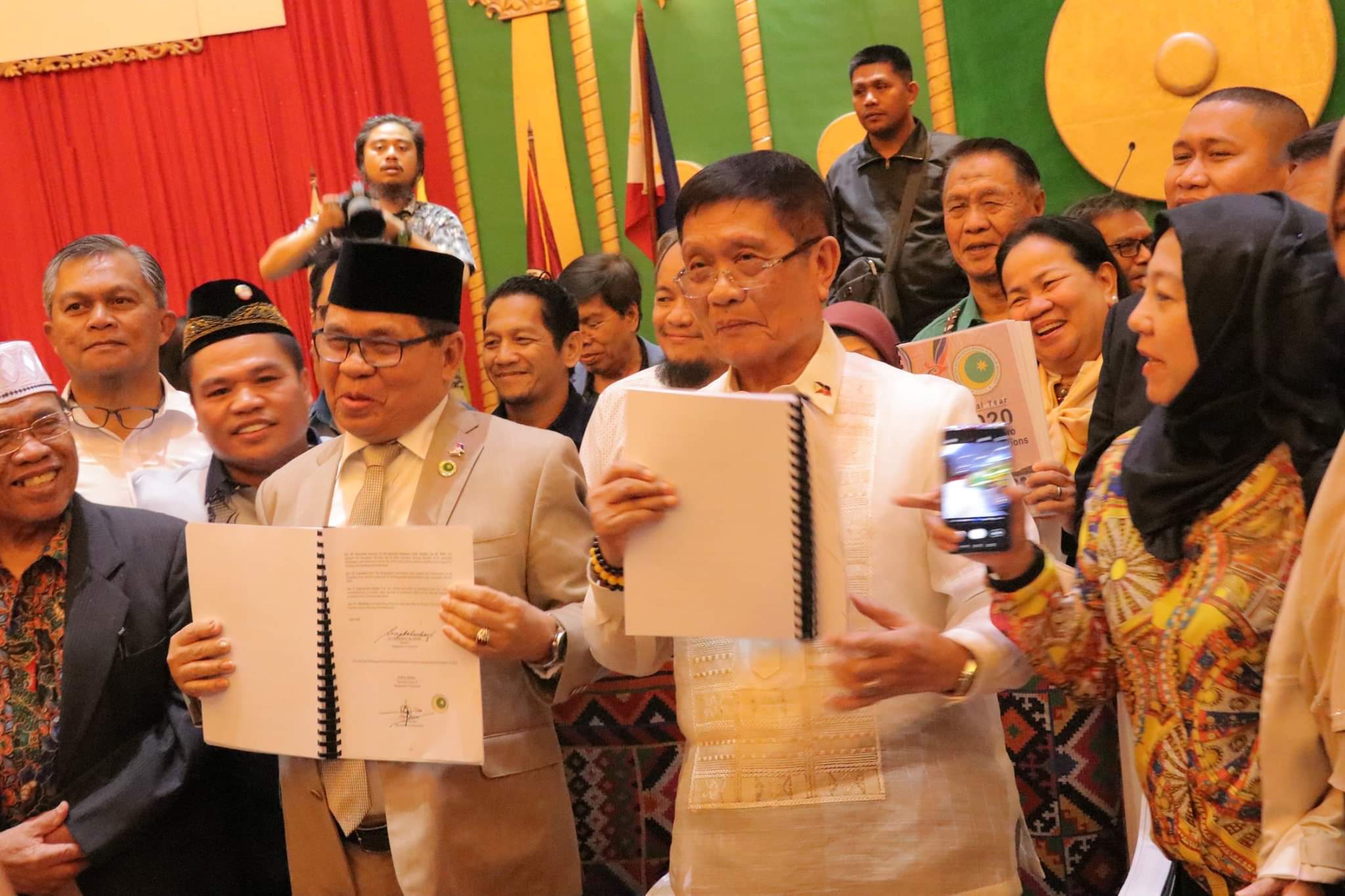 Cotabato City (November 30, 2019) – The Bangsamoro Government’s proposed P65-billion budget for fiscal year 2020 was approved by the Bangsamoro Transition Authority (BTA) on its third and final reading on Friday, November 30.

BTA-Cabinet Bill No. 31 entitled “An Act appropriating funds for the operation of the Bangsamoro Government from January 1 to December 31, 2020, and other purposes” was approved by the Bangsamoro Parliament, with 48 members voting Yes, 1 voting No, and 5 abstention.

Ebrahim said he was honored to be the first Bangsamoro Chief Minister to have read the document “which is a fruit of the more than five decades of struggle of the Bangamoro.”

In his Chief Minister’s Hour, Ebrahim said “behind these numbers are the blood, sweat, and tears of our people. We must, by all means, give justice to the sacrifices of our people. We can do so by using our respective ministries’ and offices’ budget without an iota of greed and corruption.”

“Remember that when we perform our actions with pure heart and sincere intentions, Allah (SWT) has remarkable ways of making sure that everything will work out accordingly,” Mr. Ebrahim added.

Each of the Bangsamoro Government’s ministries and offices had submitted to the Ministry of Finance, and Budget and Management (MFBM) their respective budget proposals.

After review and deliberation, the Chief Minister with his Cabinet approved the proposals that were then crafted as the 2020 Bangsamoro Expenditure Program.

“We have crafted a Bangsamoro Expenditure Program consistent with our 12-point priority agenda and our goal for moral governance,” Mr. Ebrahim earlier said.

He said the largest share in the 2020 BEP is for the education sector with P19-billion budget. He said the Ministry of Education will work to ensure that no Bangsamoro child is left behind in terms of education.

The 2020 BEP was then presented by the Chief Minister to the Bangsamoro Parliament.

The Bangsamoro Parliament’s Committee of Finance, Budget and Management deliberated each of the ministries’ and offices’ budget proposals, then submitted committee reports to the plenary.

After another deliberation of the reports, the members of the BTA voted for the approval of the proposed budgets.

Finally, the Chief Minister signed it into law. (Bureau of Publlic Information)