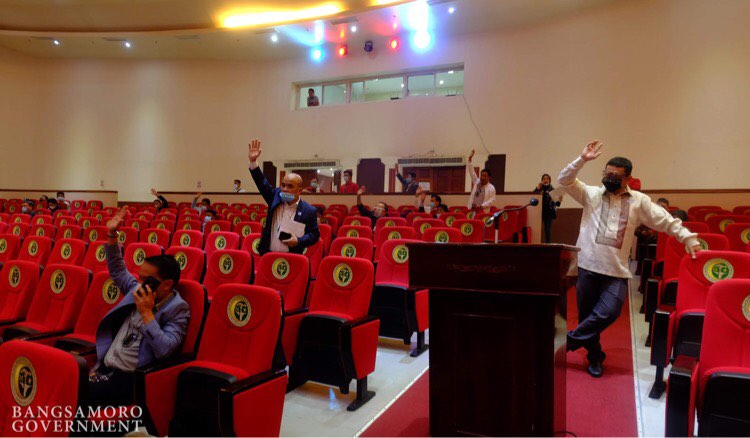 58 Members of the Parliament (MP) voted for the passage of Cabinet Bill No. 60 entitled “An act providing for the Bangsamoro Administrative Code and for other related purposes.”

By nominal voting, 26 voted physically while 32 voted via zoom. None of the MPs voted against nor abstained on the approval of the said bill, which is authored by the Government of the Day.

The BAC will define the structural, functional, and procedural principles and rules of governance of the Bangsamoro Autonomous Region in Muslim Mindanao (BARMM).

“In one of its basic principles and policies, the Bangsamoro Administrative Code provides that the Bangsamoro Government, in pursuit of moral governance, shall maintain honesty, integrity, transparency, and accountability in governance and take positive and effective measures against graft and corruption,” said Chief Minister Ahod ‘Al Haj Murad’ Ebrahim.

“This salient point speaks of our earnest desire to leave a system that adheres to the concept of amanah, where leadership and responsibilities are not just titles or positions, but more importantly a trust given by the Almighty,” he added.

After Cabinet Bill No. 60 was filed in the plenary on July 22 this year, a panel, constituted by the Committee on Rules and headed by MP Raissa Jajurie, conducted a series of public consultations from August 14-26.

The participants were then asked to submit their position and policy papers on the bill and a technical working group, also headed by Jajurie, collated them for consideration before submitting a report to the Committee on Rules.

On October 22, the report was approved at the committee level. The report was then introduced to the plenary on October 27 for the parliament’s interpellation and amendments, and was enacted into law the next day.

“I know that we still have a lot of work to do but let’s take this time to celebrate this milestone. I hope that our passion for the Bangsamoro remain unshaken, regardless of the pandemic and the countless challenges ahead,” CM Ebrahim said.

The BAC shall take effect fifteen (15) days after its publication in a newspaper of general circulation or within the BARMM.