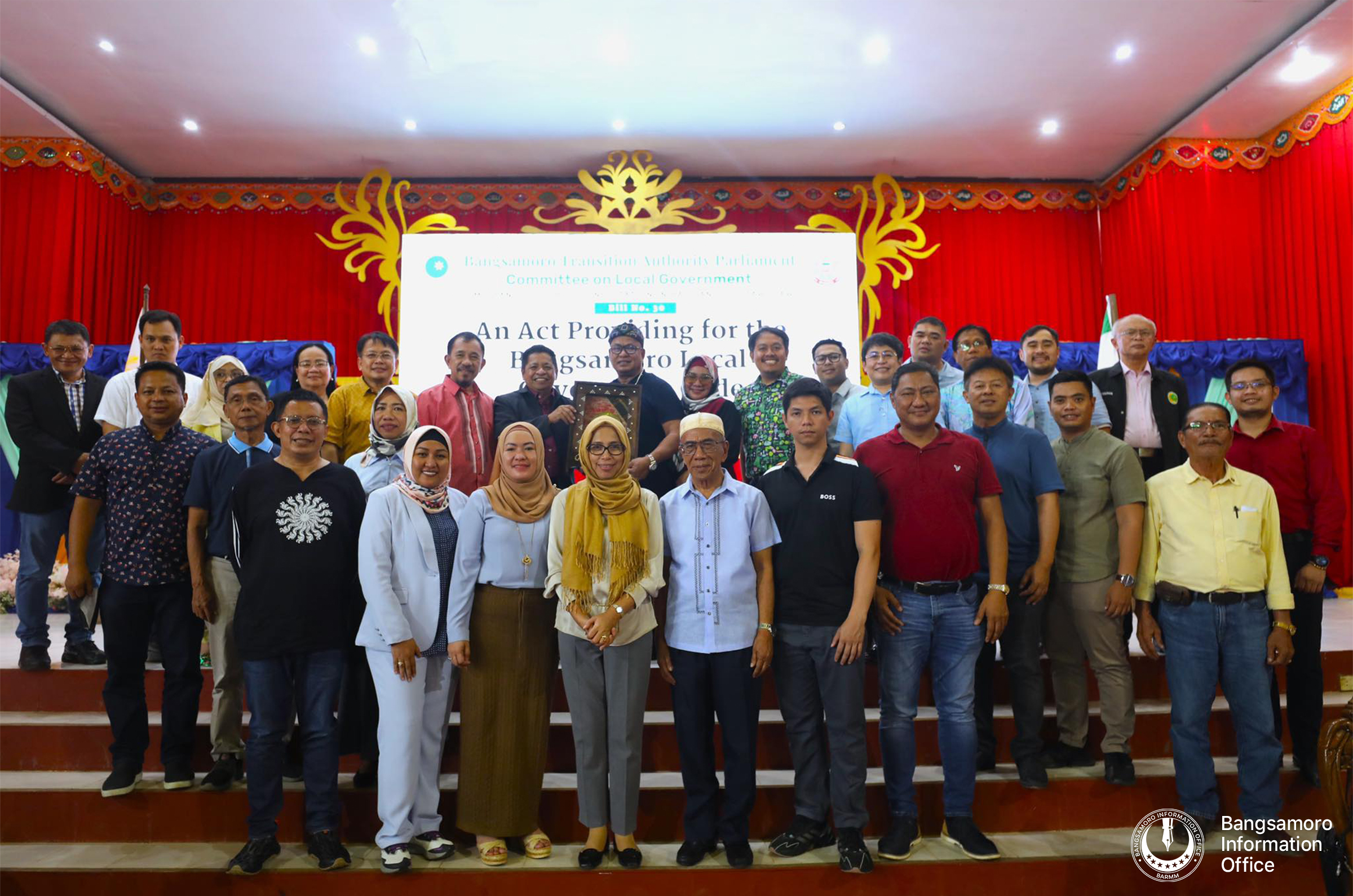 One of BTA’s priority bills, the BLGC or Parliament Bill No. 30, aims to replace and repeal the Muslim Mindanao Autonomy Act (MMAA) No. 25 or the Local Government Code of the ARMM of 1994 otherwise known as the “Autonomous Region in Muslim Mindanao Local Government Code; and subsisting laws on elections and other electoral matters shall apply in the Bangsamoro Autonomous Region.

During the consultation, Member of Parliament (MP) Mohammad Kelie Antao, as the presiding chair, emphasized to the local chief executives and other government stakeholders of Tawi-Tawi in attendance that their reactions, positions, stands, comments or suggestions about the bill will provide key notes for discussions in the next committee hearing and during the plenary session for possible inclusion in the bill.

“We (MPs) are currently roaming around for public consultation so that we could get some good points or brilliant ideas that will serve as our additional inputs in the discussions or arguments before the final enactment of this bill,” Antao said.

“We have been struggling hard for more than 40 years now, crafting this another priority bill forms part of our continuous struggle. If we succeed in enacting this law under the principles of ‘Moral Governance’ of our Chief Minister Ahod Ebrahim, this will certainly certify the fruit and legacy of our struggle and self-determination,” he added.

“Let us raise our ideas and we will hear you. Together, we should craft this law for the sake of our generation’s well-being so that they will not experience the same cycles of conflict and violence that we had in the past,” MP Antao further added.

The code includes the general provisions which contain statements of policies, processes, and mechanisms for effective local governance; Local Taxation and Fiscal Matters; Bangsamoro Constituent Units; Miscellaneous and Final Provisions which contain penal provisions, provisions on review and implementing mechanisms & transitory provisions; and devolution or transfer of the responsibility for the delivery of various aspects of basic services to Bangsamoro constituent units.

Meanwhile, Bongao Mayor Jimuel Que stressed, “my stand still needs a further study, further research and more on collection of data in order to enhance the bill with a provisions that is more fair to existing local government units.”

For MP Eddie Alih, “hearing several relevant suggestions and recommendations in this consultation enriches our minds and outlook for the bill, rest assure that we will include all of this bright opinions in the coming committee discussions to have a more enhanced and acceptable local governance code.”

Some of the major highlights of comments raised during the consultation included the issue of clarifying the provision on devolution, strengthening the measure on anti-dynasty provision and preventive suspension of government officials, Educational Requirements and terms of office for elective officials, computation of share taxes and Internal Revenue Allotment (IRA), the provision on the protection of children and among others.

MP Dr. Susana Anayatin said, “I am submitting myself wholeheartedly to support the bill because I believe that the current existing laws are not enough to meet the full scale of peace and development in the Bangsamoro region.” (Kasan Usop, Jr./BIO)