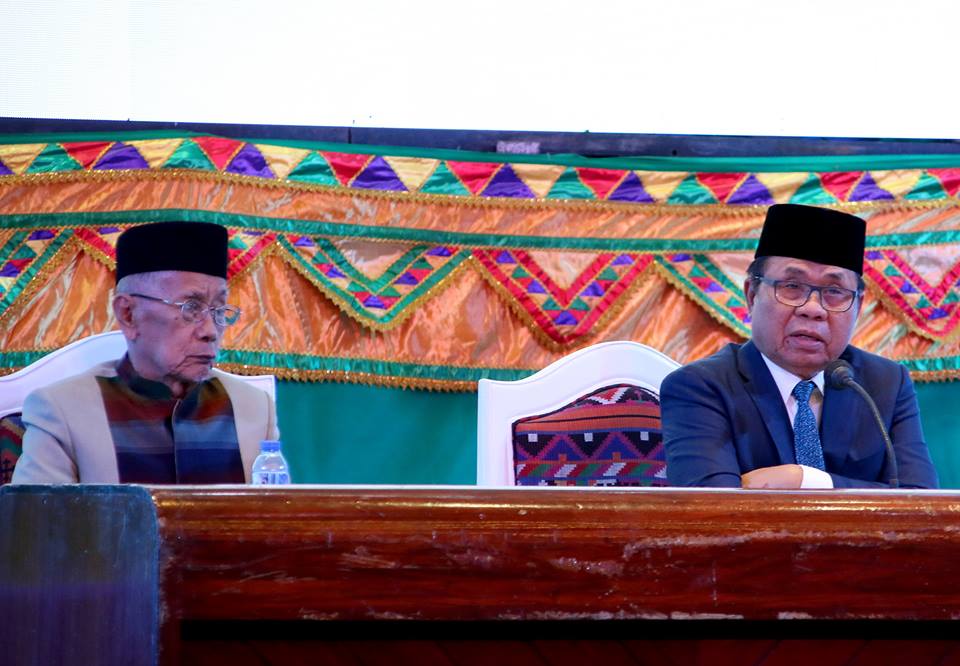 Cotabato City (March 29, 2019)- The Bangsamoro Transition Authority (BTA) elected its officers during its first session as a parliament in Cotabato City on Friday, 29 March.

The elected officers are expected to serve the parliament until the end of the transition period on 2022.

Meanwhile, Sheikh Kalifa Usman Nando was appointed as the Wali (ceremonial head) of the Bangsamoro Government.

BTA Chief Minister Murad Ebrahim emphasized that the parliament’s priority should be the approval of the transition plan that “will define the organizational structure of the BARMM and the gradual phasing out of offices.”
Their programs, according to him, will be anchored on the five pillars of education, health, economic development, strategic infrastructure, and moral leadership.

“These thrusts in education, health, and economic development must be complemented with responsive strategic infrastructure in the region such as ports, road network, flood control, and logistics and communication facilities,” he said.

He recognized that “all of these well-crafted plans, oftentimes meticulously done, will not benefit our people if the program and projects will just be corrupted.”
He then urged his colleagues to exercise their roles as ‘fiscalizers’ to prevent the occurrence of corruption.

“We must always remember that whatever we have achieved now is really aimed to solve the political question of the Bangsamoro. The golden opportunity is in our hands. Let us all be one in realizing our aspirations as Bangsamoro for the restoration of our identity and rights, and the power to govern ourselves consistent with our ways of life and culture.”

Also on Friday, President Rodrigo Duterte attended the Bangsamoro Autonomous Region in Muslim Mindanao’s (BARMM) inauguration where all the members of the parliament took oath before the Qur’an to, as Murad puts it, “signify our collective resolve to institute good governance in the Bangsamoro region.”

The next session of the BTA will be on Monday, April 1.