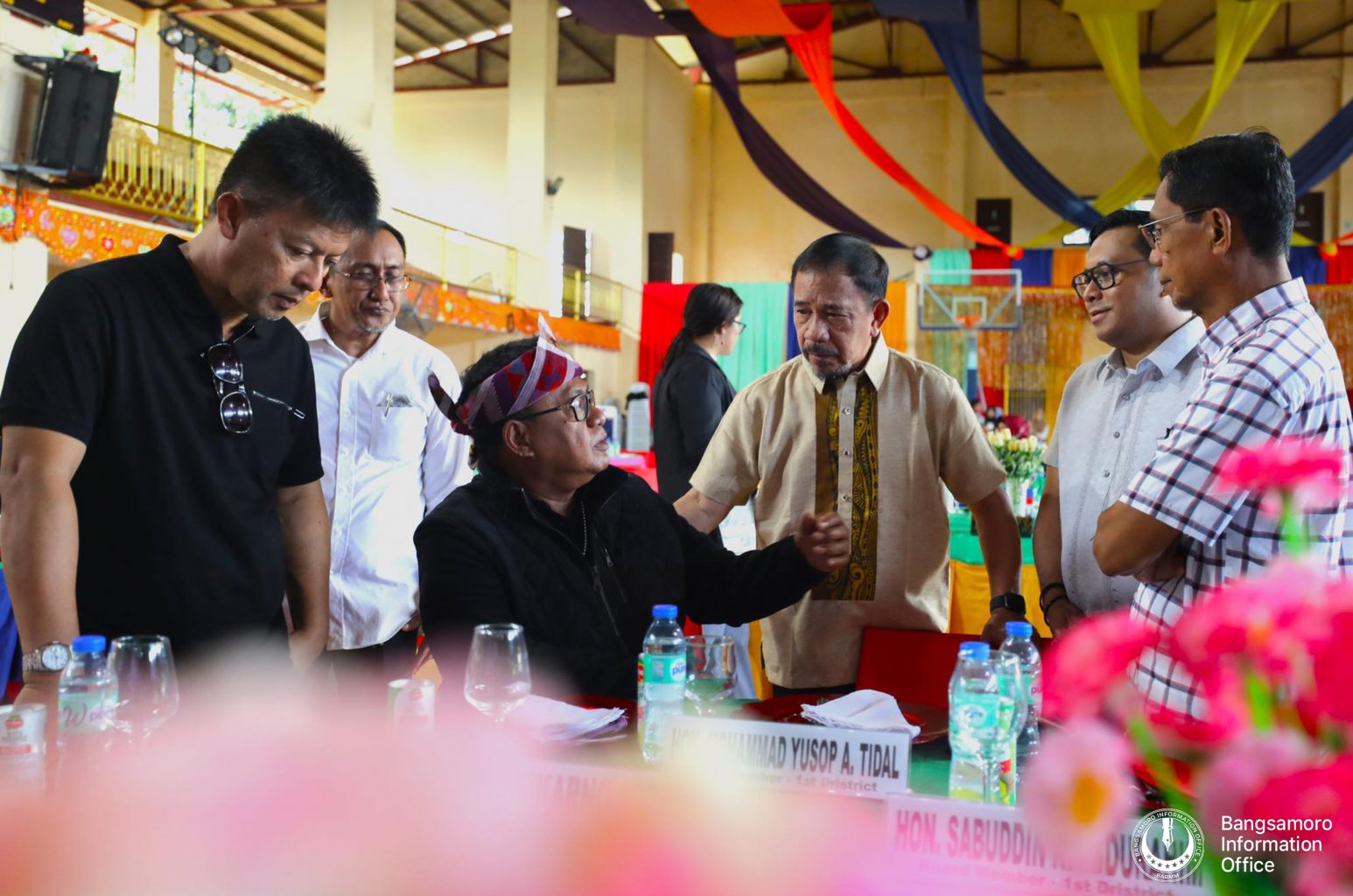 TAWI-TAWI—Being one of the priority legislations needed to pass into law in the region, the Bangsamoro Transition Authority (BTA) held its public consultation for the Bangsamoro Electoral Code (BEC) on Monday, Dec. 5, at Mindanao State University (MSU) Gymnasium, Sanga-Sanga, Bongao in this province.

Local chief executives, including the governor, board members, mayors, down to the Association of Barangay Chairman (ABC) President, and other government stakeholders such as men in uniform from across the province of Tawi-Tawi, took part in the public consultation.

BTA’s Committee of Rules facilitated the consultation, which aims to hear the voices of all the public sectors in the region and to ensure that their narratives will be reflected in the electoral legislation.

Tawi-Tawi Governor Yshmael Sali expressed his full support for the bill and thanked the BTA for listening to their voices and for involving them in the legislative process of enacting the proposed code.

“As the father of Tawi-Tawi, we are very happy and thankful for the members of the parliament in explaining to us the provisions and purpose of the electoral code,” Governor Sali said.

“If we have opinions, recommendations and suggestions, at least, we were allowed to raise it directly to the MPs and in support, we will submit our position paper for the bill,” Sali added.

The primary considerations in the BEC consultation are the essence of genuine autonomy, innovation, enhancement, localization, the nature of parliamentary form of government, incorporating provisions on party governance, and ensuring a clean, fair, and honest election.

Mayor of Mapun, Suraida Muksin, also expressed her appreciation to BARMM and for the effort of the Members of Parliament (MPs) in initiating the public consultation in the province.

“Our questions, doubts, and sentiments are able to be heard, addressed by some of our MPs, and becoming clear to us,” Muksin said.

“This has a good impact in Tawi-Tawi because [definitely] elections in 2025 will surely take place in our region, and we are now ready ahead because we learned already the provisions of the code out of this consultation,” Muksin added.

Meanwhile, Simunul Mayor Wasila Abdulrahman said, “we have raised some issues during the consultation and hopefully, our voices from Simunul, being part of Tawi-Tawi and Bangsamoro region, will be heard and ensured to have given attention by the regional government,”

Minister Raissa Jajurie, BTA deputy floor leader and presiding officer of the consultation, explained that all of the collected inputs, opinions, suggestions, and recommendations from the stakeholders shall be discussed in the committee.

“We are very happy to have a successful conduct of public consultation on Bill No. 29, also known as the Bangsamoro Electoral Code […] our Parliament wants to create a law that will pass even in the first quarter of the year 2023 that reflects the unique features of BARMM,” Jajurie said.

The main salient feature of the electoral code stated the establishment of the Bangsamoro Electoral Office (BEO) by the Commission on Election (COMELEC) which shall be the central body of the BARMM in the supervision of all elections therein, with delegated powers from the COMELEC en banc to ensure compliance of laws, and other pertinent rules of the COMELEC taking cognizance of the essence of parliamentaliarism as a tool of good governance and development.

Public consultations are also being held simultaneously in the island provinces of Sulu and Basilan for the said priority code. (Kasan Usop, Jr./BIO)