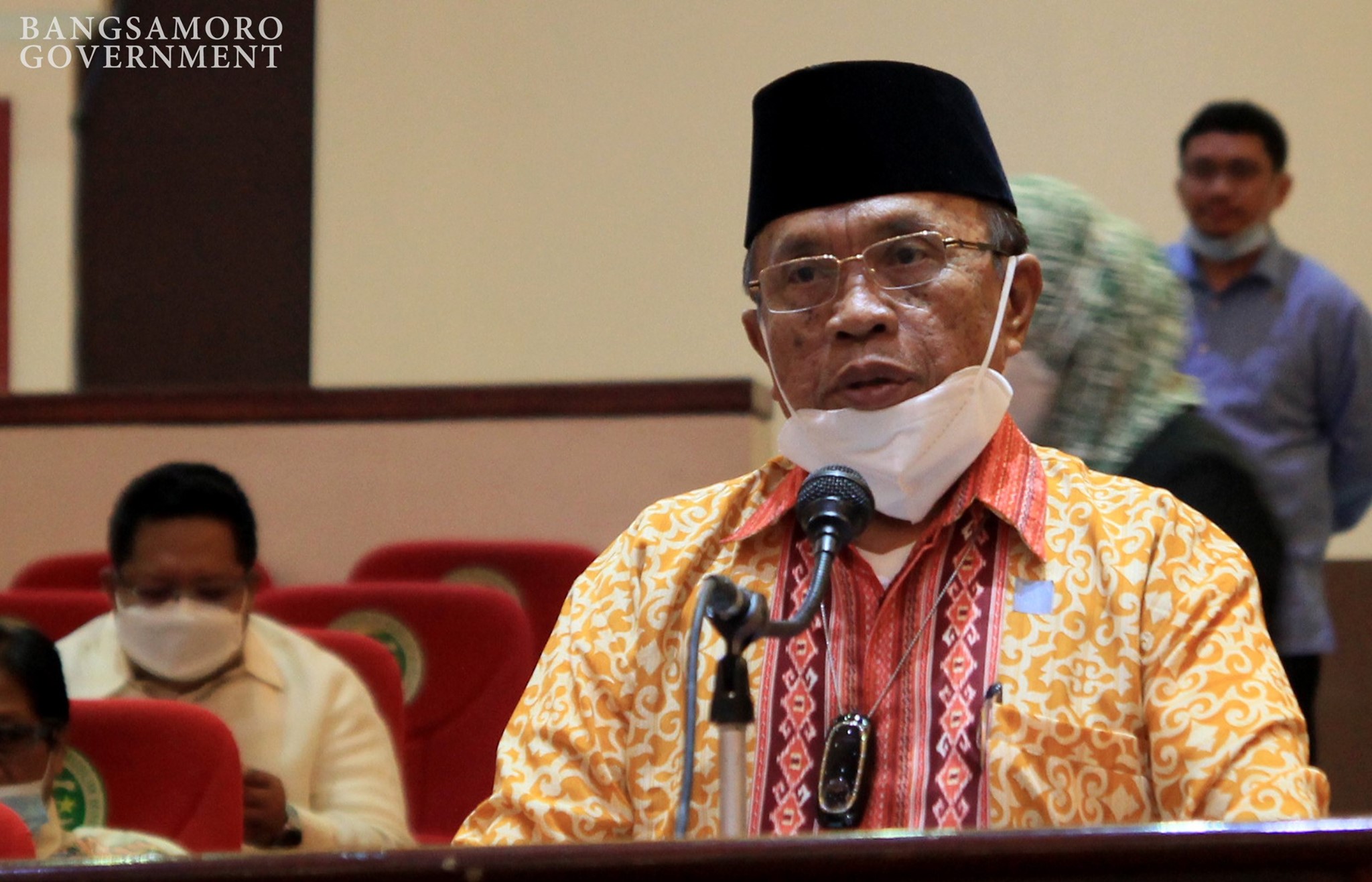 Cotabato City (August 28,2020)—The Bangsamoro Transition Authority’s (BTA) Special Committee on Marawi provided substantive plans and actions to further the city’s rehabilitation after the siege that displaced thousands of Maranaos in 2017 up to this day.

Member of Parliament (MP) and Chairperson of the committee Ali Solaiman announced in the plenary on Thursday, August 27, that they have done series of public consultations and hearings with IDPs, experts, and concerned agencies as well as ocular visits to the Mostly Affected Area (MAA) or the ground zero since the beginning of 2020.

After months of study by the committee, their efforts echoed a message from the Internally Displaced Persons: they want to go back to their homes and away from the shelters where they have lived an uncomfortable life.

“After these three long years, we wondered what the government has done so far. There are plenty of interventions by different agencies and the Task Force Bangon Marawi. Yet, we clamour for the IDPs to return to their homes,” Solaiman noted.

During Thursday’s session, MP Atty. Anna Tarhata  Basman, who presented a 127-page document/report, said “We know that we do not have full jurisdiction over this. We are, indeed, riddled with limitations and restrictions when it comes to Marawi rehab.”

“That does not mean that we will adopt a wait-and-see attitude, especially since these are our people that are continuing to suffer. This is our constituency. This is happening not just in our backyard, but right in our home,” she continued.

The Marawi rehabilitation is under the care of the national government through the Task Force Bangon Marawi (TFBM).

The report stressed immediate organizational interventions, either through a Coordinating Board composed of the ministries of the Executive, or a Program Management Office and addressing the data gaps for a centralized, updated, and comprehensive database on household profiles, assistance received, and property ownership of IDPs.

“We do not suggest reinventing the wheel. Working with the TFBM and the Land Registration Authority (LRA) in case of land administration is the optimal track for the Bangsamoro Government so that the existing data that they have are enhanced,” Basman suggested.

Furthermore, the special committee recommends continuous assistance for the IDPs, namely (1) better access to the assistance offered by government agencies, with consideration of those residing outside Marawi City; and (2) ensuring ensure food security and prioritizing self-sufficiency for their basic needs.

“We can fill in the gaps by continuing food relief assistance to all IDPs, along with targeted assistance to certain segments in need. Food security should be at the forefront of the Marawi agenda,” Basman stressed.

“As much as the Bangsamoro Government is eager to solve the concerns of the IDPs on its own, it must call on other government instrumentalities if a comprehensive and satisfactory Marawi rehabilitation and reconstruction is to happen,” Basman said.

These recommendations may help push for the IDPs return to their homes and one way to achieve this goal is to work for hand in hand, from the Bangsamoro Government to the TFBM to the local government units of Lanao del Sur and Marawi City.

The committee report also highlighted the efforts of all the concerned agencies working together for the rehabilitation of Marawi City, especially in its MAA, while recognizing the TFBM through the mechanism of “Kathagombalay” that is slowly opening up the MAA starting with Barangays Tolali and Daguduban.

Basman also noted that while the committee’s job of submitting the report has concluded, the Special Committee on Marawi will continue to work to make sure the people of Marawi get the rehabilitation efforts they need and deserve.

During the plenary session, the parliament approved a manifestation to forward the said document to the Office of the Chief Minister, Office of the President, Philippine Senate and Congress, and Local Governments of Lanao del Sur and Marawi City. (Bureau of Public Information)