PSA-BARMM to start 2020 census on September 1 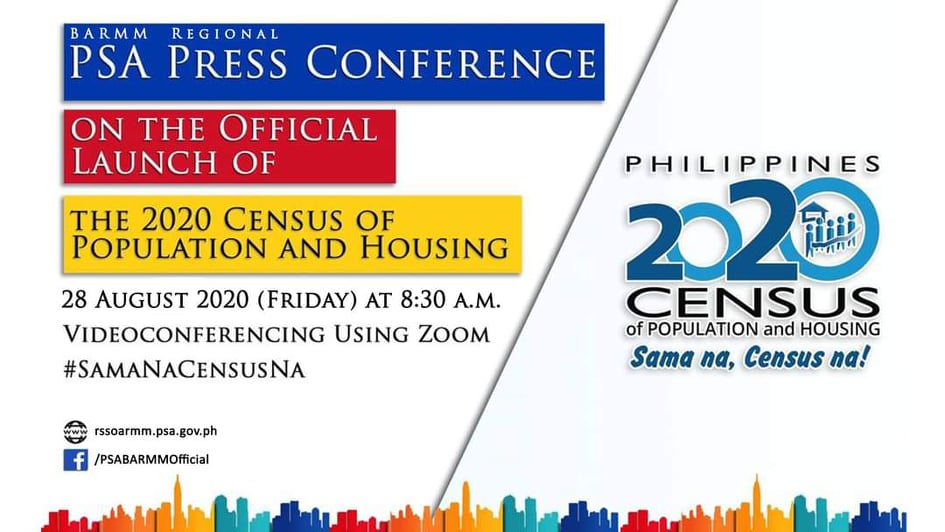 Cotabato City (August 28, 2020) – The Philippine Statistics Authority of the Bangsamoro Autonomous Region in Muslim Mindanao (PSA-BARMM) will conduct the 2020 Census of Population and Housing (CPH) for the whole month of September 2020.

This was announced by PSA-BARMM Regional Director Razulden Mangelen in a virtual press briefing held Friday. According to him, they have assigned around 5,000 enumerators to conduct the census in the entire Bangsamoro region.

The enumerators will be equipped with personal protective equipment and will strictly follow the minimum health standards while conducting a house-to-house survey.

BARMM Chief Minister Ahod “Al Haj Murad” Ebrahim encouraged the region’s constituents to cooperate and support the 2020 CPH by answering accurate information. He said it will be vital in the development of policies and programs for the Bangsamoro.