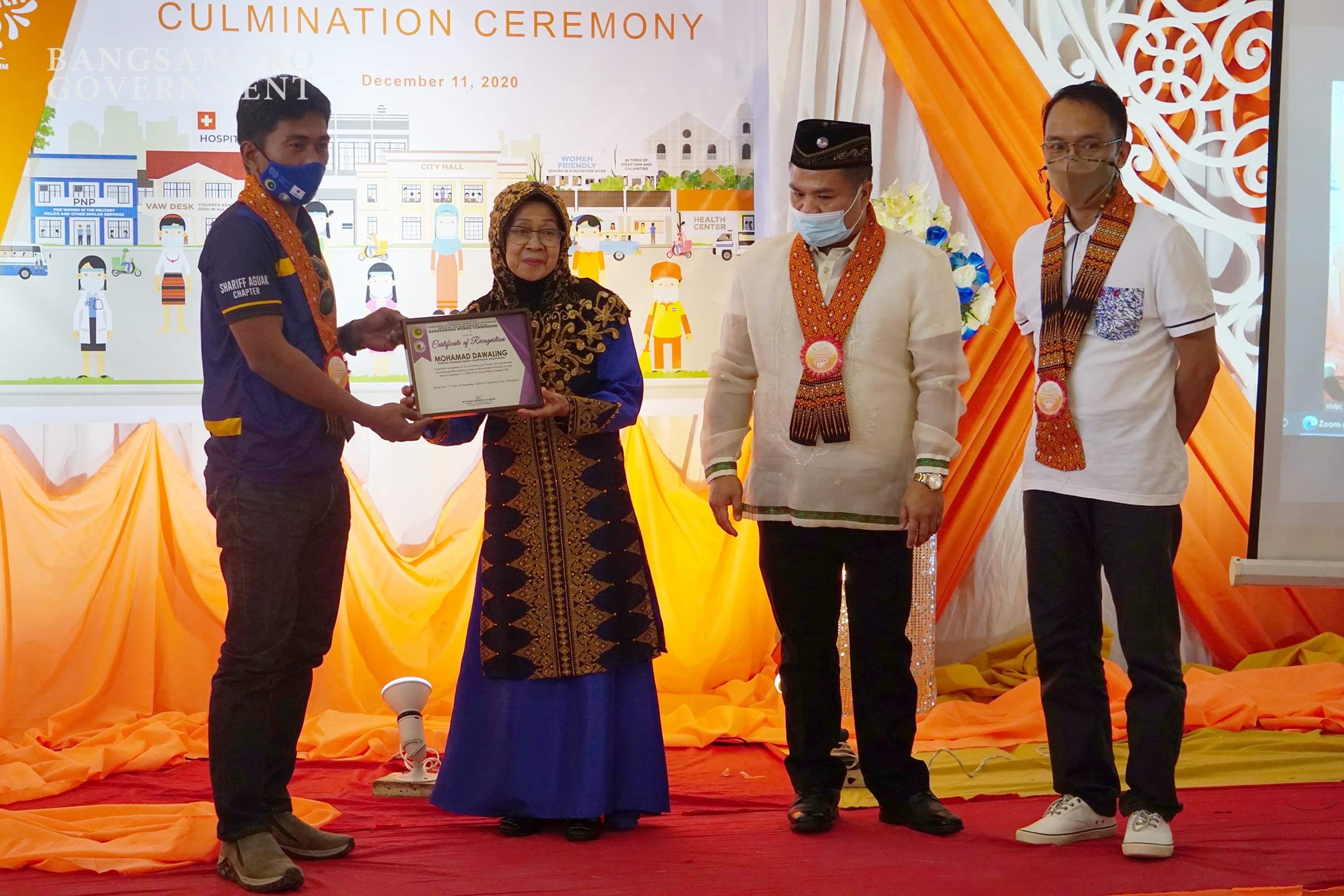 The 18-day campaign aimed to protect the women and human rights in terms of physical, emotional and sexual violence in the region.

During the culmination activity, BWC Chairperson Bainon Karon presented the status of the commission’s efforts to formulate programs on gender, women, peace and security.

Karon noted that the drafting of Gender and Development (GAD) Code, which is now on its final consolidation stage, will soon be presented to Chief Minister Ahod ‘Al Haj Murad’ Ebrahim, the cabinet, and caucus of women MPs.

BWC is also specific about its advocacies against early child and forced marriage, on Violence Against Women and Girls (VAWG), and on women and peace building.

Karon emphasized that while achieving a VAW-free community is desirable, it is challenging to achieve.

BWC gave recognition to Mohammad Dawaling, chairman of Barangay Tapikan in Shariff Aguak, Maguindanao, and Maguindanao PPO Chief of WCPD Police Captain Merlie Glemao for their support and commitment for the said campaign.