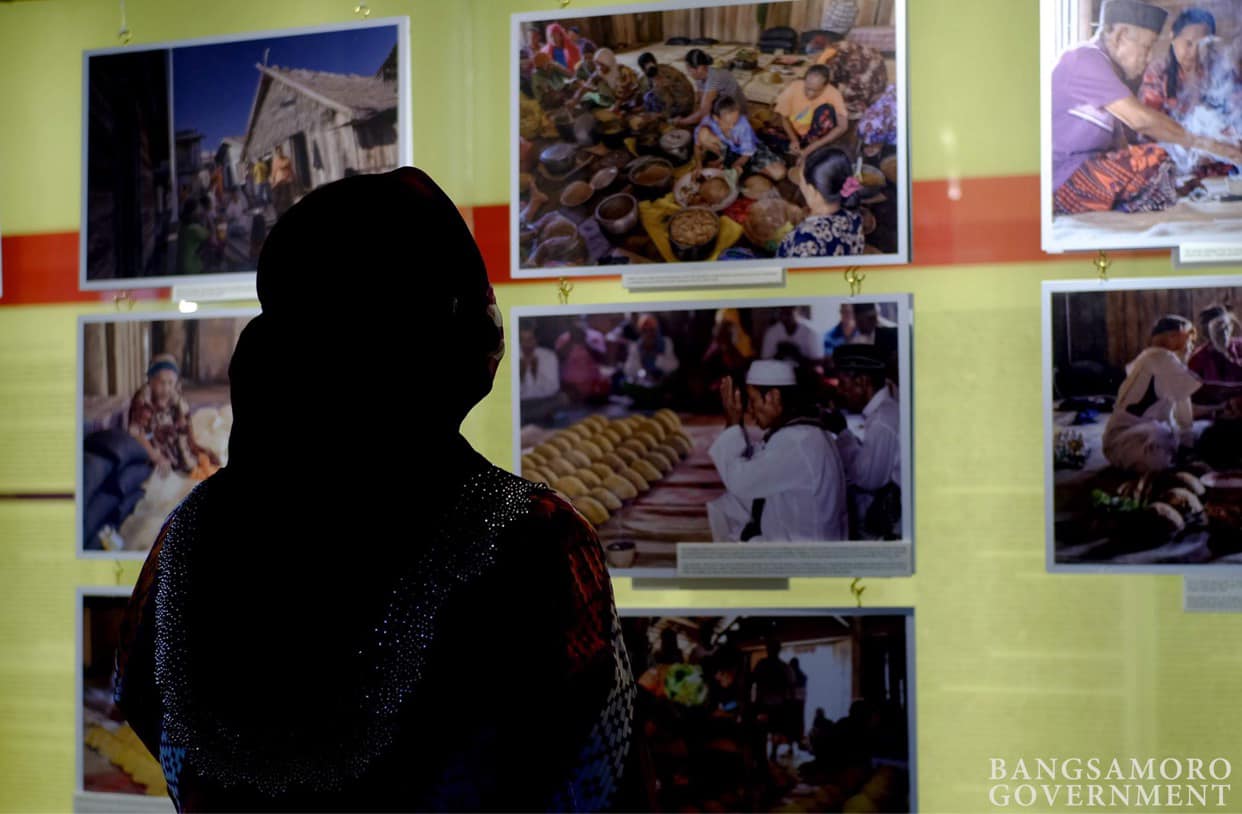 COTABATO CITY —  Unique traditional rituals and practices of Sama people in the island of Tabawan in Tawi-Tawi was featured on a photo exhibit at the Bangsamoro Museum in Cotabato City on Thursday, December 10, 2020.

The National Commission on Culture and the Arts (NCAA) and Bureau on Cultural Heritage (BCH-BARMM) spearheaded the exhibit that showcased photographs from Paul Quiambao, an NCAA awardee.

Entitled “Tabawan: The island of islamic rituals and traditional practices in Tawi-Tawi”, the photo exhibit is a way of promoting and preserving the rich and dynamic cultural heritage of the Bangsamoro Autonomous Region in Muslim Mindanao (BARMM).

Tabawan is an Island in the Municipality of South Ubian, Tawi-Tawi. Its inhabitants are Sama tribe, one of the 13 ethnolinguistic tribes of the Bangsamoro and perhaps the only Sama sub-group who still practice the pre-Islamic rituals.

Due to its unique practices, Mr. Ardan Sali, BCH Executive Director said, “The BCH, as the mandated institution tasked to write the history of our people, aims to inclusively document, reconstruct perspective, and propagate narratives of all the tribes that comprise the Bangsamoro  nation including our IP brothers and settlers”.

”The photo display is a testament and gateway to learn and appreciate the Sama people especially of Tabawan in South Ubian, and in the southern frontier province of Tawi-Tawi being one of the bastions of cultural preservation within the Bangsamoro region,” Sali added.

In a written message of support, MP Melanio Ulama, Minister for Indigenous Peoples’ Affairs said “This project is one way of reviving, preserving and promoting the indigenous culture of Sama people documenting their practices and rituals and promotes deeper understanding and appreciation of their rich and dynamic cultural heritage.”

Photographer Paul Qiambao said he was honored to have documented the rich and thriving culture and traditions of the Sama people of Tabawan.

“And I am thankful for their hospitality for hosting me for two months, and as promised to them in return, I will bring these photos to the Bangsamoro Museum,” said Quiambao.

Meanwhile, Bai Shalimar Candao, Executive Director of the Bureau of Tourism said cultural tourism plays a major role in the economic boost of the region.

“Tourism is attracting businesses and investors, and Bangsamoro region has much to offer especially Tawi-Tawi.” Candao said. (Bureau of Public Information)