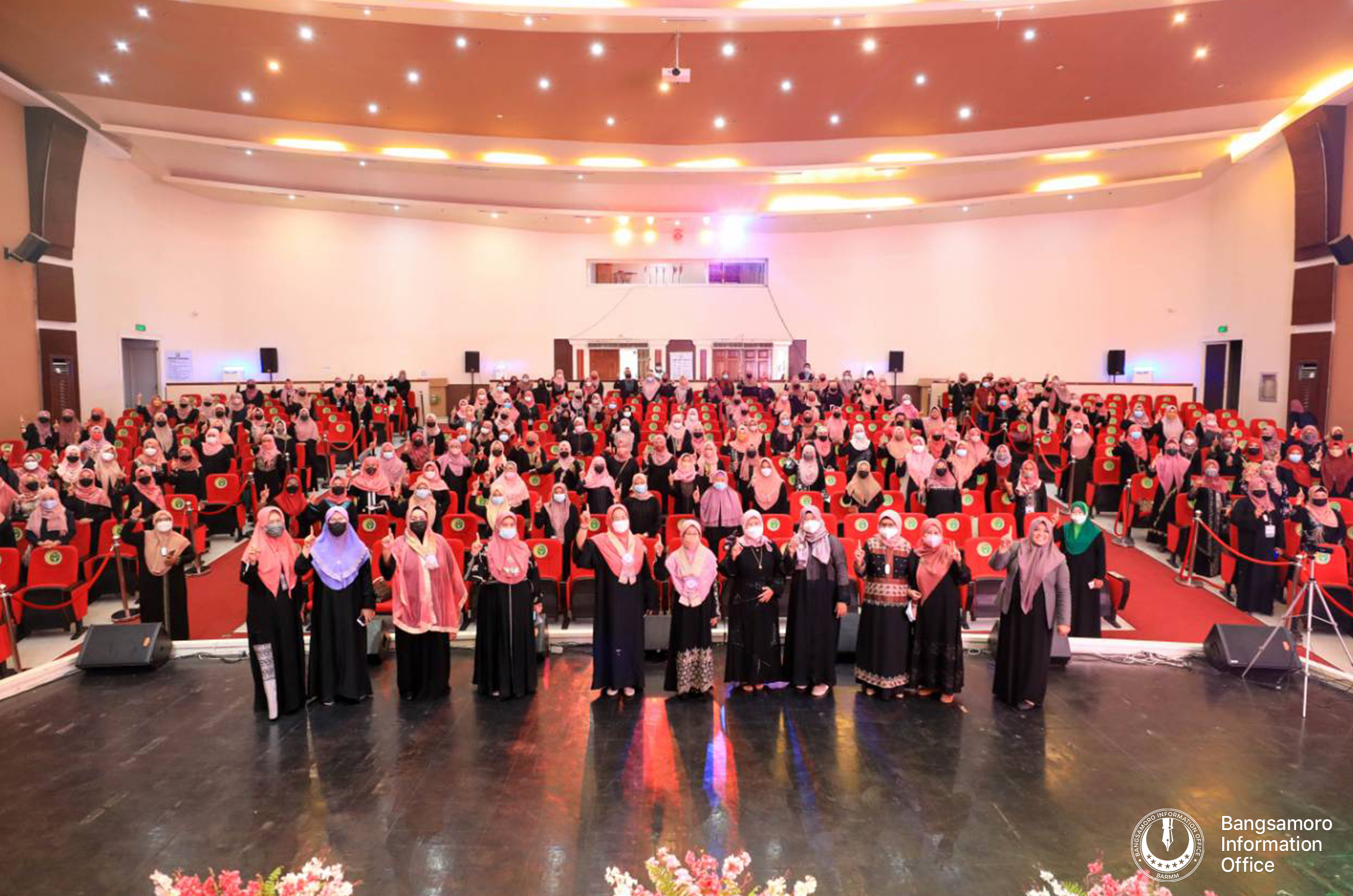 COTABATO CITY— With the theme: “Hijab is our Crown, Not a Crime,” the Bangsamoro Women Commission (BWC) led this year’s World Hijab Day celebration in BARMM through a short ceremony on Tuesday, Feb. 1, at the Shariff Kabunsuan Cultural Complex in the city.

World Hijab Day aims to fight discrimination against Muslim women through educating and spreading awareness on why they wear hijab.  This year’s hashtag is #DressedNotOppressed.

Led by BWC Chairperson Bainon Karon, women employees from the different BARMM ministries and offices, and representatives from partner Non-Government and Civil Society Organizations participated in the event.

One of the highlights of Tuesday’s event was the Wearing of Hijab video contest wherein P5,000 prize was awarded to the first placer, while P3,000 and P2,000 were awarded to the 2nd and 3rd placer, respectively.  Consolation prizes worth P1,000 were also awarded.

In his message, BARMM Chief Minister Ahod Ebrahim emphasized that the Bangsamoro Government reaffirms its commitment that no Hijabi will be mistreated in this region and across the archipelago.

“For us in the Bangsamoro, recognizing our dear Hijabis is more than this celebration. It requires us to look into our sociopolitical system and assure that our dear Muslimahs are not being discriminated, are not being oppressed, and are not being mocked for their faithful choice of wearing Hijab,” Ebrahim said.

Celebrated every February 1, World Hijab Day seeks to foster religious tolerance and understanding by inviting women (non-Hijabi Muslims/non-Muslims) to experience the hijab for one day.

In the Philippines, House Bill 8249 declares “Feb. 1 of each year as National Hijab Day and promote national awareness of the Muslim tradition of wearing a hijab.” (Myrna Tepadan/BIO)