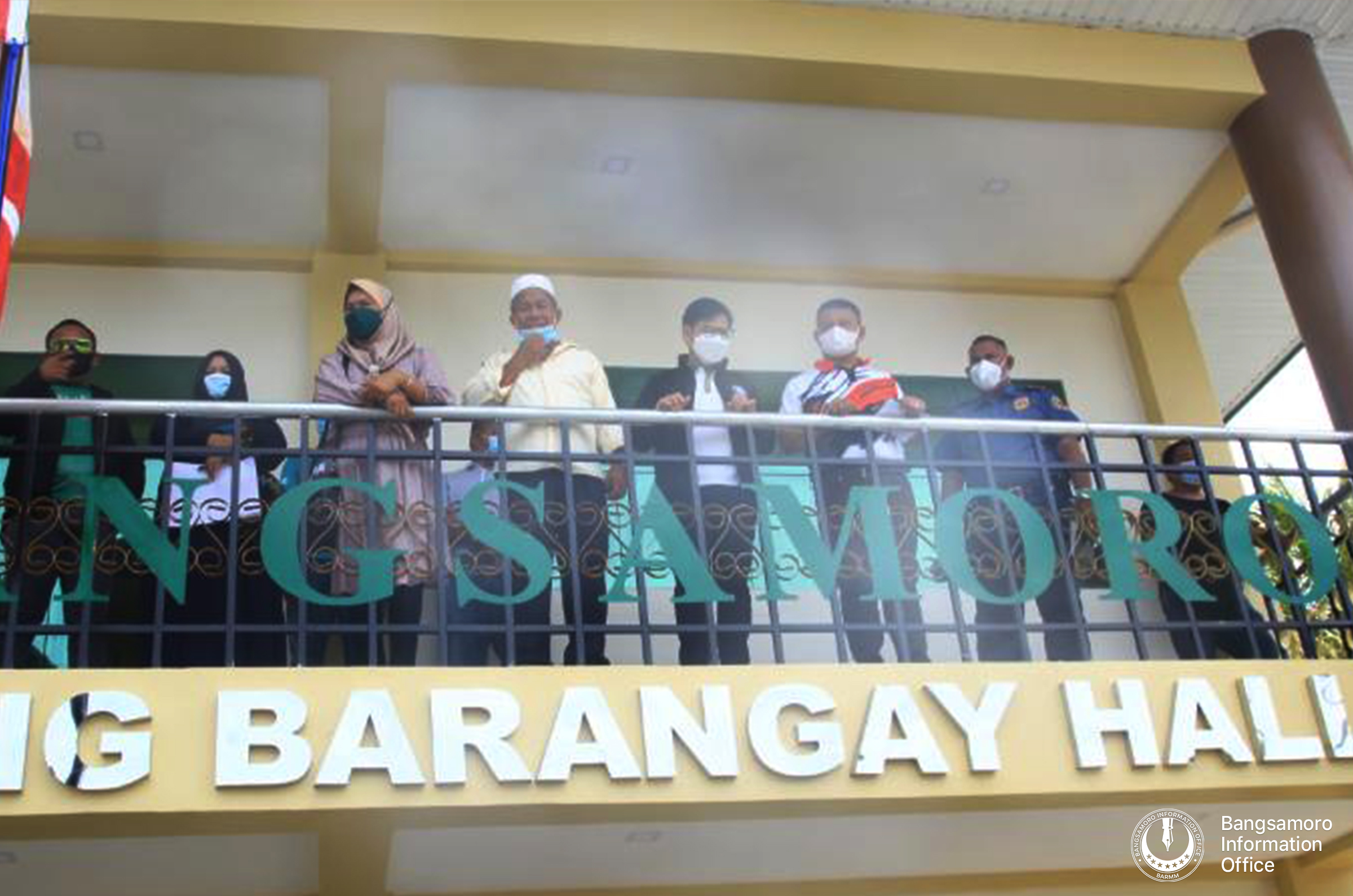 Funded through the Bangsamoro Appropriations Act of 2020, the P3.39 million worth infrastructure was built through the MILG’s Local Government Facilities Development Project (LGFDP).

“In our Ministry, we have two major contributions— equipment and facilities, like the construction of this barangay hall, and capacity development which focuses on training and capacitating our local officials on various aspects of governance,” emphasized MILG Minister Atty. Naguib Sinarimbo, who led the inauguration ceremony.

“Alhamdulillah, we are very grateful for the barangay hall given to us. This is a fruit of the struggles of our mujahidin and one of the gains of our peace covenant with the government,” he said.

On the other hand, Barangay Kagawad Abdulbasset Hadji Edza, who represented Barangay Chairwoman Normina Kanebpal, shared on his remarks that “project like the barangay hall is an indication that Moro people know how to govern.”

“Aside from being an infrastructure, it also became an attraction. Since the barangay hall is situated along the highway, we’ve noticed individuals from nearby municipalities who drop by and take a photo,” Edza shared.