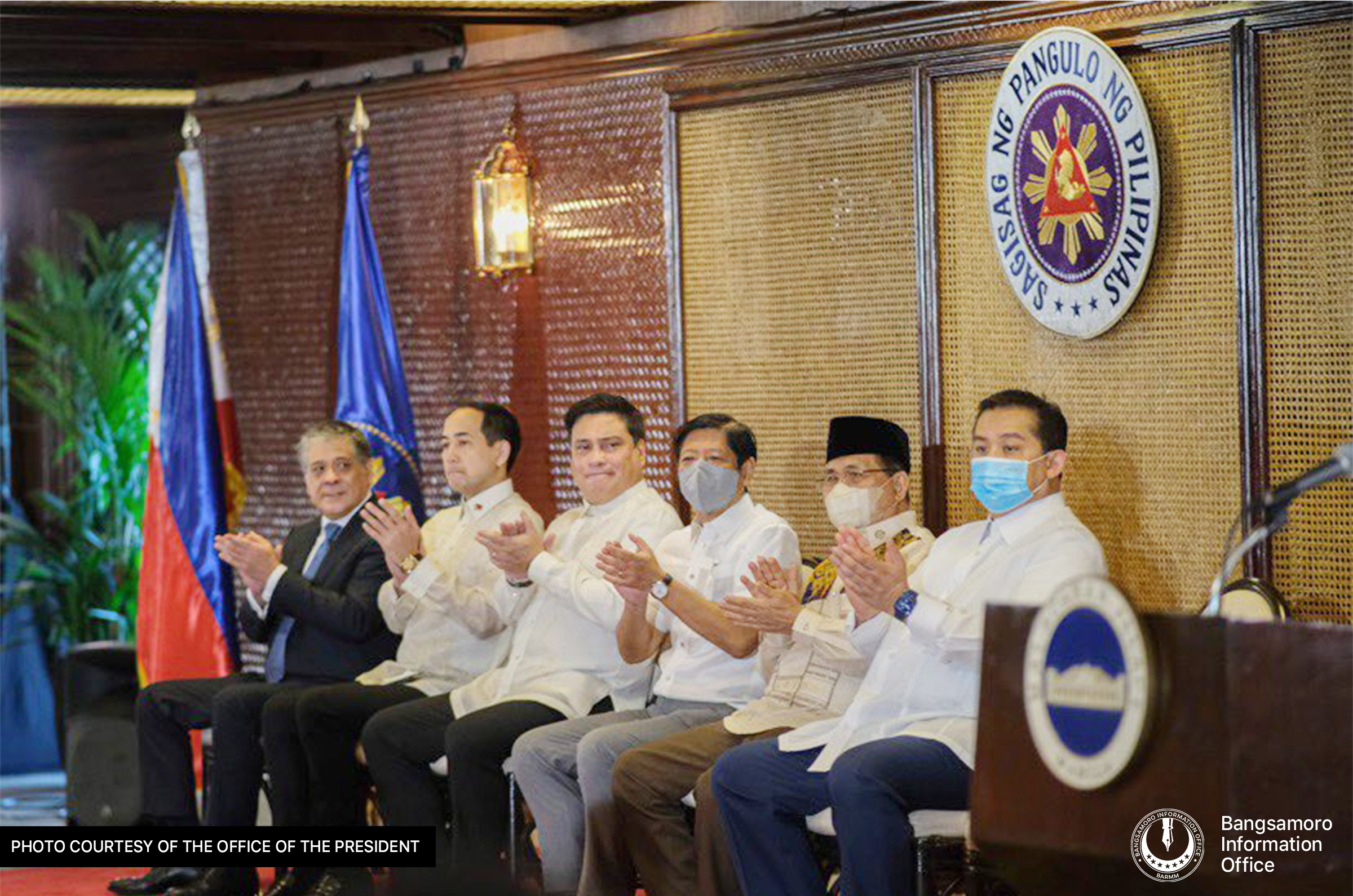 COTABATO CITY—Days after President Ferdinand “Bongbong” Marcos, Jr. administered the oath of the newly-appointed members of the Bangsamoro Transition Authority (BTA), Chief Minister Ahod Ebrahim on his first official statement expressed his profound gratitude to the President on the BTA composition and for staying true to the spirit of peace process.

“We are deeply grateful to President Ferdinand “Bongbong” Marcos, Jr. for understanding the importance of our work during the extension of the transition period and to assure that we can install a bureaucracy that can address the needs of our people for generations to come,” said Ebrahim.

Moreover, Ebrahim thanked the President for uniting various revolutionary groups together with other sectors as representatives of Bangsamoro in one chamber.

“We are equally grateful for President Marcos’ eagerness to assure that the new Bangsamoro Transition Authority is composed of meaningful representation from the Moro Islamic Liberation Front, Moro National Liberation Front, sectoral groups, and other important stakeholders across the region, making the BTA Parliament a chamber for all voices to be heard,” he added.

BTA is an executive and legislative body created under the Bangsamoro Organic Law (RA 11054), which is tasked to oversee the transition from 2019 until 2025 elections.

In his speech during the event, Presidential Adviser on Peace, Reconciliation and Unity (OPAPRU) Secretary Carlito Galvez, Jr., who has been working on peace agenda in the region for a long period, lauded the President’s commitment in putting BARMM at the forefront of his administration.

“Through your [Pres. Marcos] decisive action, you are ensuring the completion of the implementation of all signed Bangsamoro peace agreements, which is the centerpiece of your administration’s peace policy agenda,” he added.

On the current BTA composition, the Peace Adviser also recognized the prominent members of MNLF joining the parliament, which he coined as ‘United BARMM’.

Of the 39 GPH nominees, two of them were Abdulkarim and Nurredha—children of MNLF founding Chairman Nur Misuari.

Generally, 31 of the appointed BTA members are new, while 49 were incumbent members of the parliament. Most of them are lawyers, lawyer-certified public accountants, engineers, teachers, doctors, architects, media practitioners, politicians, former local elected officials, government bureaucrats, and religious clerics.

Ebrahim ended his message with a commitment to join the President’s call for unity.

“As we continue our duties in the interim government, we join the President’s call towards national unity and set aside whatever differences that divide us,” he further said. (Abdullah Matucan/BIO)