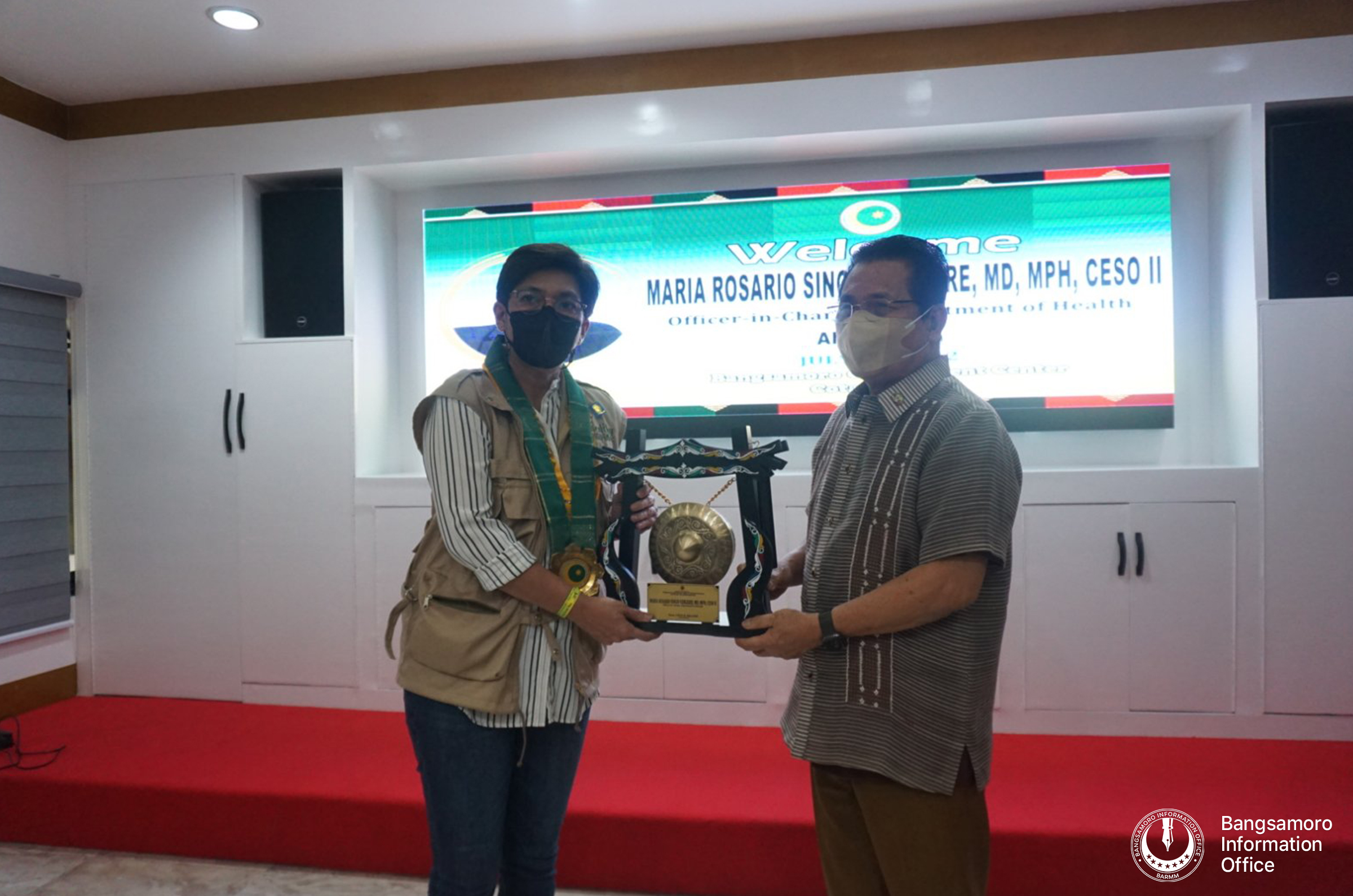 “Let me express my gratitude to DOH delegation. We are quite aware that in BARMM, the challenge is still very much high as far as vaccination is concerned,” shared by CM Ebrahim.

Vergeire, who has been designated by President Ferdinand “Bongbong” Marcos Jr. last week, is the first national official to visit the Bangsamoro Government after the official assumption of the new administration.

Sharing the purpose of the visit, Vergeire disclosed that during the time that vaccination is slowing down in big parcel of the country, they have observed that BARMM vaccination is still continually increasing since April.

In a presentation shared by OIC Minister of Health (MOH) Dr. Zulqarneyn Abas, concerted effort, particularly during Special Vaccination Days (SVD), has relatively contributed to the increasing vaccine coverage in the region.

Some of the strategies employed were the partnership among MOH, Ministry of Social Services and Development (MSSD), and Ministry of Basic, Higher, and Technical Education (MBHTE), primarily on vaccination of senior citizens and pediatric populations.

Further, the involvement of the Muslim religious leaders as advocates significantly helped the vaccination effort.

It shall be noted that the Bangsamoro Darul Ifta (BDI) has already issued a fatwa or islamic ruling that vaccines are safe and halal (permissible).

Vergeire on the other hand disclosed that the current administration will also launch a new campaign dubbed as ‘Pinaslakas’.

“Pinaslakas is the first 100 days vaccination campaign of the current administration,” she added, further explaining that the campaign targets to innoculate 90% of the senior citizens all over the country vaccinated with primary series and at least 50% of the eligible population.

CM Ebrahim in return has committed to supporting the new campaign scheduled to be launched next week.

“On our part, we assure you that we will participate in this campaign. As I have mentioned, we are among the lowest regions in terms of vaccination, so we are committed to campaign more,” he stressed.

After the brief meeting, both officials of BARMM and the DOH proceeded to the launching of another league of Special Vaccination Days (SVD) in front of the OCM building. (Abdullah Matucan-BIO)