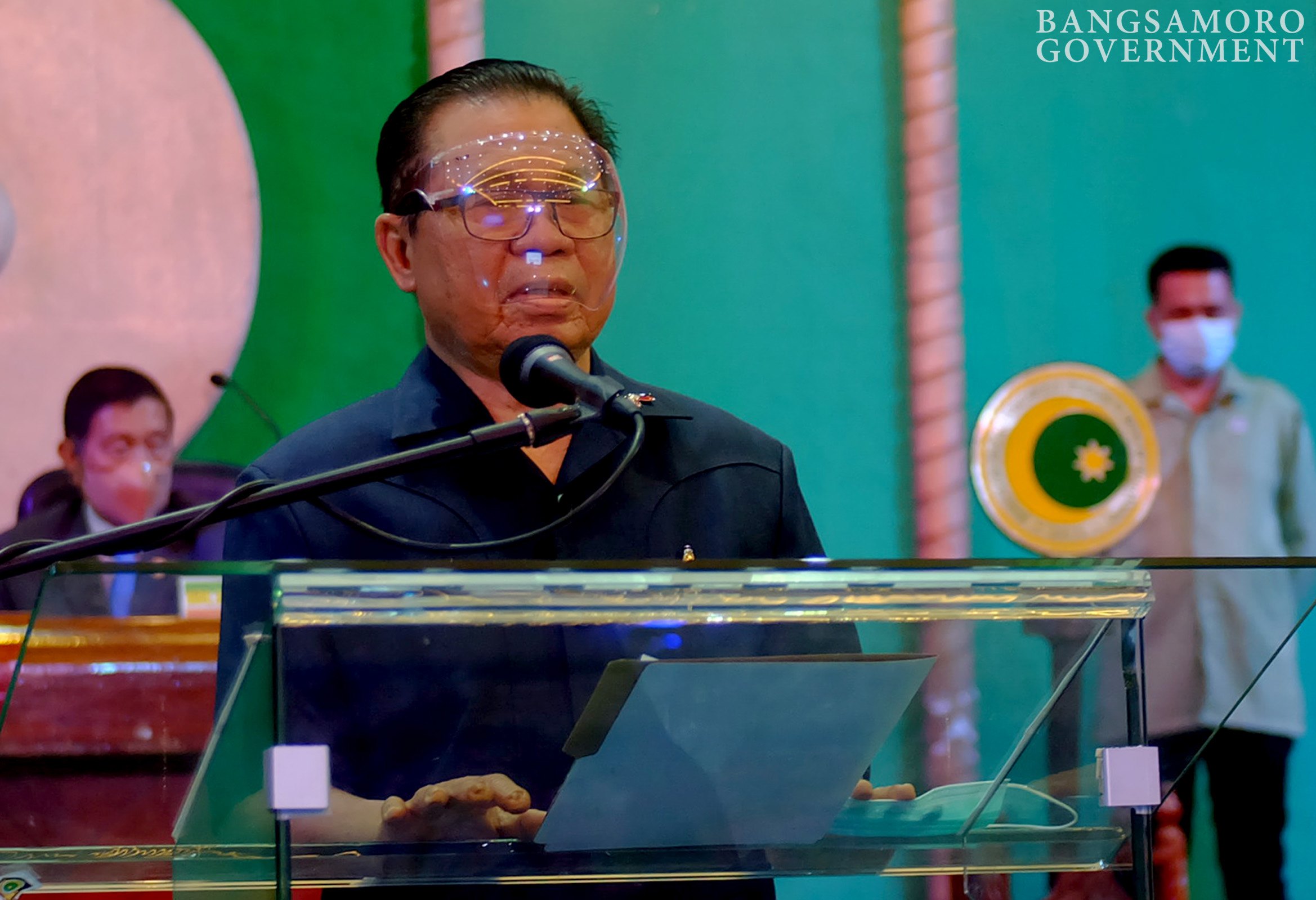 COTABATO CITY—During the Chief Minister’s Hour on Wednesday, Chief Minister Ahod “Al-Haj Murad” Ebrahim cited several challenges faced by the interim government throughout the transition period, which root the call for its extension from 2022 to 2025.

“The transitional environment sets some limitations in instituting changes and reforms in the BARMM,” Ebrahim said.

“Studies conducted on peace processes all over the world recommend 6 to 10 years of transition period for a post-conflict government to be fully effective and operational,” Ebrahim said.

“The extension is necessary, so that the BTA is afforded sufficient time within which to satisfactorily accomplish its tasks and commitments under the Bangsamoro Organic Law and for the National Government to deliver the pending programs under the normalization process,” he stressed.

Aside from this, Ebrahim also pointed that the transition involves institutional and political changes that should take place in setting up a parliamentary form of government under Philippines’ unitary system.

He said delays in the implementation of some provisions of the BOL, irregular mode of transfer of annual block grant, and the Coronavirus Disease (Covid-19) have brought negative impacts in “carefully navigating the transition period.”

With the push for transition extension, an amendment of the Section 13 Article XVI of the BOL or Republic Act 11054 is sought.

There have been four bills filed in the House of Representatives for this call—HB 8116 by Rep. Loren Legarda, HB 8117 by Rep. Toto Mangudadatu, HB 8161 by Majority Floor Leader Romualdez, and HB 8222 by Rep. Khalid Dimaporo.

Ebrahim expressed it expects many more representatives will do the same as others have co-authored the bills.

Nevertheless, despite the challenges encountered, Ebrahim noted that Bangsamoro Government has still able to accomplish fundamental objectives for its constituents.

The accomplishments include the adoption of the transition plan, enactment of priority legislations, gradual phase out of employees and provision of separation incentives, and merit-based personnel hiring, among others.

“Halfway through the transition period, I am proud to say that the Bangsamoro Transition Authority (BTA), as the interim Bangsamoro Government, has made remarkable accomplishments as a government for the Bangsamoro people,” Ebrahim said.

The interim government, according to Ebrahim, has achieved other remarkable milestones—the turnover of Cotabato City and 63 opt-in barangays, provision of Internal Revenue Allotment (IRA) to non-IRA towns, effective Covid-19 repsonse, institutionalization of people-centric banner programs, and enactment of 13 laws by the Bangsamoro Parliament.

“My dear brothers and sisters, I thank you for joining us in this dream and for tirelessly representing our people and their hopes. We have come along way, but the road is still a long way to go. We cannot and we must not stop until we build a government reflective of our sacrifices, history, and a proud future for those who will follow, In shaa Allah,” Ebrahim said. (Bangsamoro Information Office)