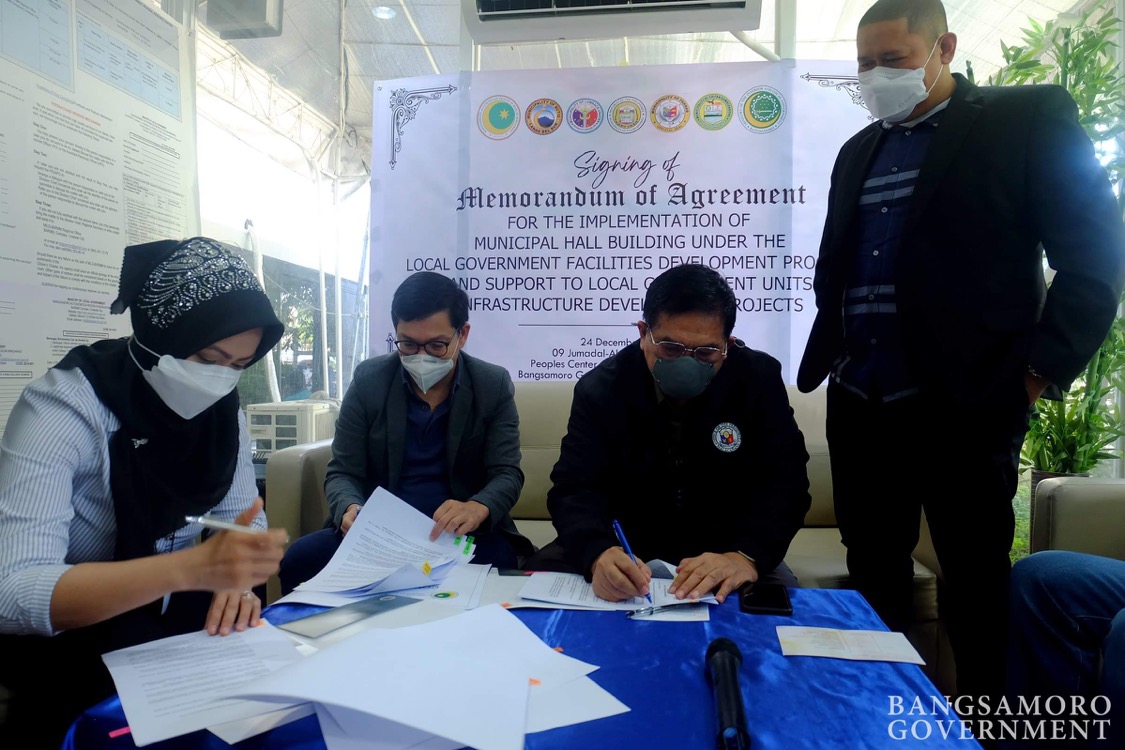 MILG Minister Atty. Naguib Sinarimbo together signed Memoranda of Agreements with the five mayors for the implementation of their 2-storey municipal government centers.

The municipalities of Sultan Dumalondong, Butig, Poona Bayabao, and Lumbaca Unayan of Lanao del Sur along with Pandag of Maguindanao province were among the identified towns with no permanent and conclusive municipal hall for the longest time.

“We [Bangsamoro Government] are committed to completing the construction of government centers to ensure that our constituents are able to approach their local elected officials in designated buildings and where services maybe accessed by the people,” Sinarimbo said.

“Ang sentro ng gobyerno ng pamilya ay ang kanilang bahay. In the case of the local government, the municipal or the barangay hall is the center of the government,” said Macacua.

Macacua emphasized that part of the approved 2021 budget is intended to aid local government units for them to institute governance reforms.

This project is in line with the 12-point priority agenda of the Chief Minister, the vision, goals and strategies for governance reforms anchored on moral governance. (Bangsamoro Information Office)