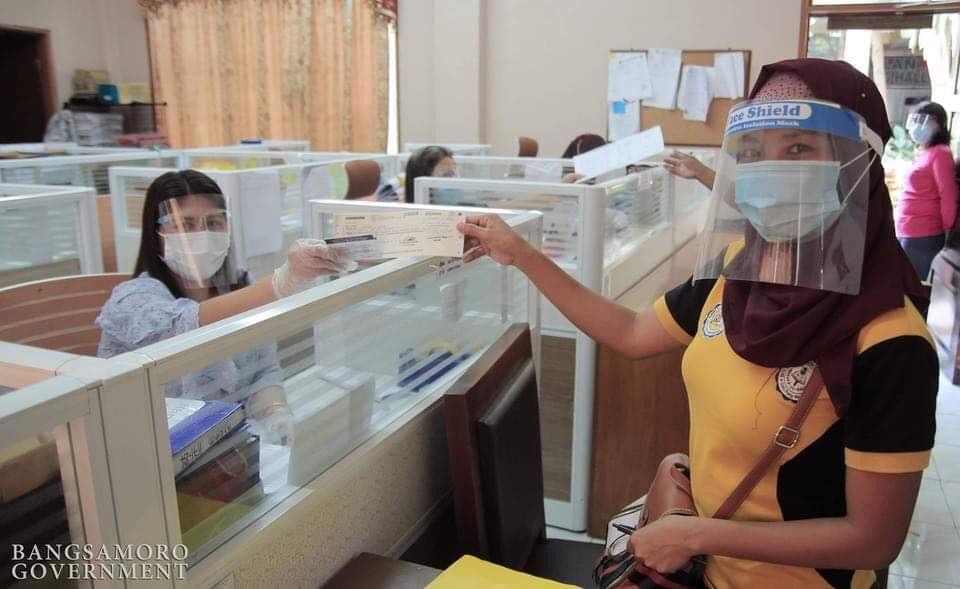 COTABATO CITY – Ministry of Basic, Higher, and Technical Education (MBHTE) has started to release the June-September salaries of 1,104 newly hired teachers from the divisions of Maguindanao I and II.

MBHTE also provided additional cash allowance amounting to P4,000.00 to each of the newly hired teachers.

The ministry said the salaries were delayed due to the challenges posed by the coronavirus pandemic. The mandatory working arrangement in the ministry, as a response to contain the virus, caused a slow progress in the release of the salaries.

Mohamad is a newly hired teacher from Madia Elementary School in Datu Saudi Ampatuan, Maguindanao I. Mohamad also said he was grateful that MBHTE has allocated Maintenance and Other Operating Expenses (MOOE) fund for his school’s district which they used in procuring supplies necessary for reproducing students’ learning materials.

Furthermore, Iqbal said “We are expecting to hire around 3,000 teachers coming from the other provinces in order to maximize the teaching force of the education ministry.”

MBHTE has already started the hiring of new teachers for the island provinces of Tawi-Tawi and Basilan, to be followed by Sulu and Lanao del Sur.

Meanwhile, Minister Iqbal encouraged the provisional teachers, who were affected by ‘cease and desist order’ issued by MBHTE, to pass the Licensure Examination for Teachers (LET) for them to be eligible and get a permanent position.

“The ministry ensures the automatic change of their status from provisional to permanent effective immediately after passing the licensure exam,” Iqbal has earlier said. (Bureau of Public Information)