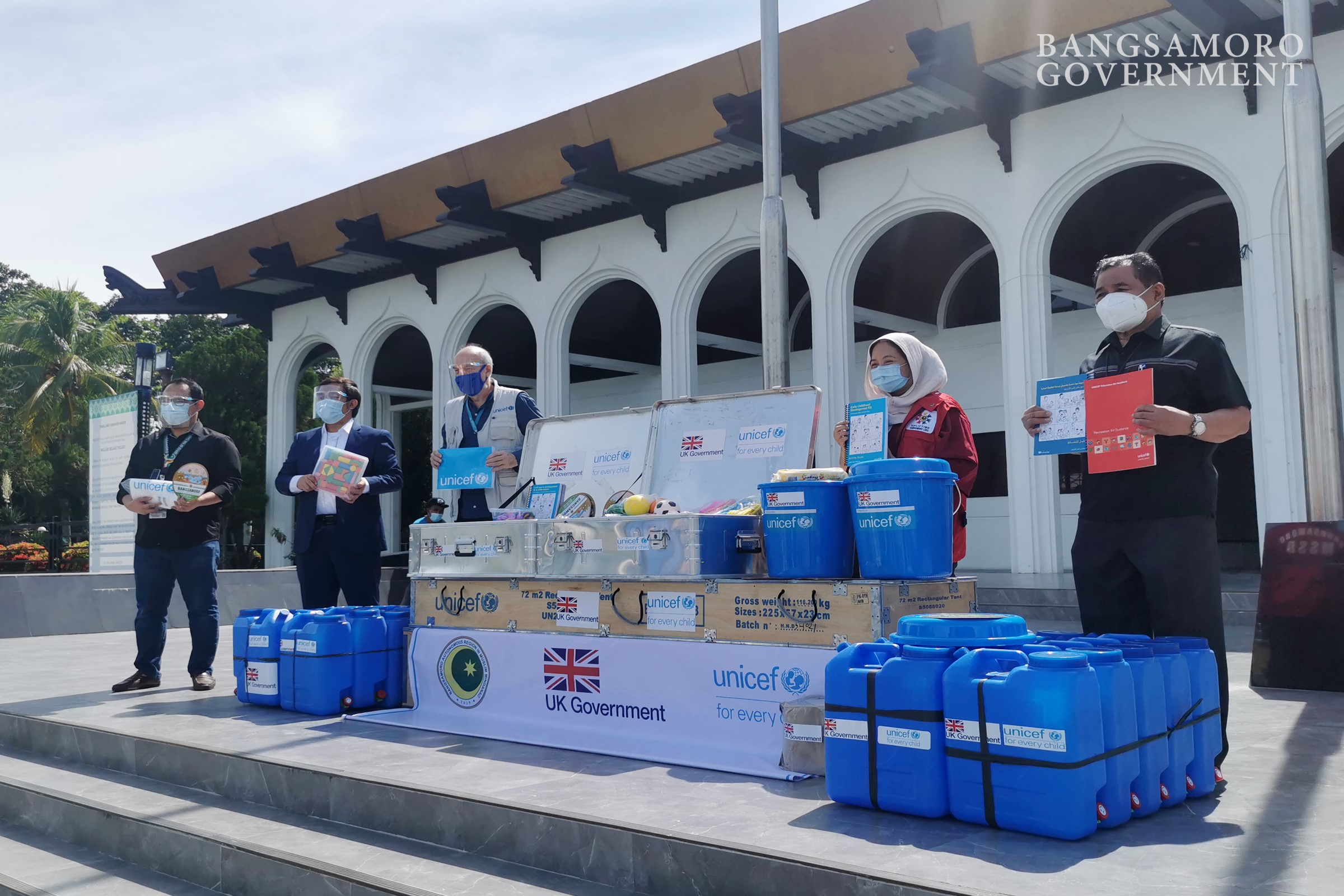 COTABATO CITY—Officials of the Bangsamoro Autonomous Region in Muslim Mindanao (BARMM), United Kingdom, and the United Nations Children’s Emergency Fund (UNICEF) entered into a partnership to strengthen Covid-19 response in the region.

Chief Minister Ahod “Al Haj Murad” Ebrahim said the partnership has the ultimate objective of protecting the most vulnerable persons in the region.

Ebrahim expressed gratitude to the British Government and UNICEF for their continued support to the regional government’s efforts to combat the Covid-19.

Alastair Totty, British deputy head of mission to the Philippines, said the first aim of the partnership is “to reach some three million people across the region with Covid-19 messages”, including the risk communication and community engagement.

Totty added the partnership also seeks to restart the provision of essential, preventative, and curative health and nutrition services to over 130,000 children and 25,000 infants to support outreach vaccination services.

Meanwhile, some 5,300 Filipinos in Sabah are expected to return to the island provinces of Basilan, Sulu, and Tawi-Tawi.

An emergency relief support to these returning Filipinos is among the aims of the partnership, according to Oyunsaikhan Dendevnorov, UNICEF representative to the Philippines.

The support bolsters UNICEF’s response, by providing supplies, training and technical support to the Bangsamoro Government.

Supplies procured by UNICEF include tents for hospitals, Personal Protective Equipment (PPE) for health and cleaning staff, and handwashing stations. UNICEF also trained health workers in Infection and Prevention Control, translated and disseminated health messages to various dialects, and engaged children and youth to share their experiences of the pandemic as a way to inform future action.

Health Deputy Minister Zul Karneyn Abas said the partnership will further enhance BARMM Government’s efforts to further contain the spread of the virus in the region.

The Bangsamoro Government has launched two 100-bed isolation facilities in Maguindanao, and one in each of the region’s four other provinces.

Dendevnorov commended BARMM’s efforts to prevent the spread and impact of Covid-19.

“These efforts need to continue, and I am pleased to confirm UK’s commitment to supporting BARMM’s efforts,” Dendevnorov added.

UNICEF’s priority is reaching the hardest to reach children and those at risk of being left behind. (Bureau of Public Information)