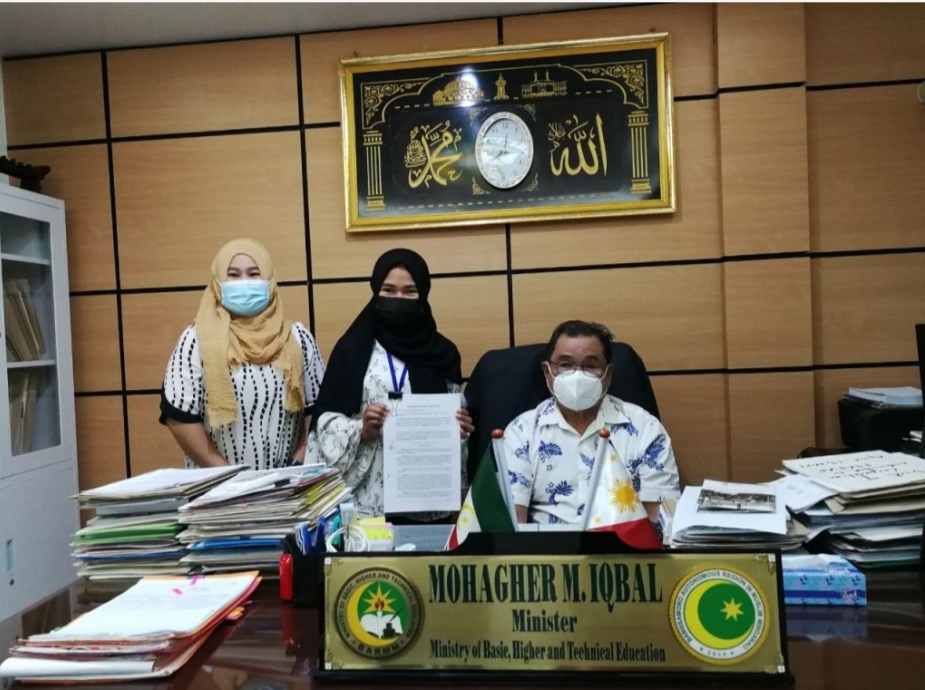 Education Minister Mohagher Iqbal signed on April 19, the Memorandum of Agreement (MOA) for Php146.8 million worth of educational projects to be implemented by the National and Bangsamoro Government.

This came following the signing of the Memorandum of Agreement (MOA) between the Office of the Presidential Adviser on the Peace Process (OPAPP) and the Ministry of Basic, Higher, and Technical Education (MBHTE) last Tuesday, April 27.

The BGIAHEP is an educational program that will comprise a subsidy for tuition and other school fees for a semester and summer classes, monthly stipend, book allowance, and learning support, among others.

On the other hand, the ALS is classified under the umbrella of socio-economic development for DCs and their communities, and for other members of the community of the said camps.

Under the MOA, MBHTE has resolved to give help to the Higher Education Institutions (HEIs) and government organizations to ensure accessible quality education in the Bangsamoro region.

It is also part of the many follow-through interventions of the National Government after each combatant obtained the transitional cash package worth Php100,000.00.

Bangsamoro Chief Minister Ahod B. Ebrahim together with MBHTE Minister Mohagher Iqbal signed the MOA last April 19 on behalf of the BARMM Government.

Education Minister Iqbal said: “Rest assured that the MBHTE strives to cater and serve every Bangsamoro especially those who fought in this endeavor towards self-determination. It is our way to pay the legacy and service that they have contributed towards sustainable peace in the region.”

He added that “in this new agenda of the Bangsamoro towards Moral Governance and development. We are steadfast to our goal that no one gets left behind in the progress of the region.”

Meanwhile, Presidential Peace Adviser Carlito G. Galvez, Jr. and OPAPP Undersecretary David Diciano, who is also the Chair of the Government Implementing Panel, signed the agreement on behalf of the national government.

In his message, Galvez said, “the implementation of these measures under the Comprehensive Agreement on the Bangsamoro (CAB) is a joint responsibility of our governments.”

“It is this ‘jointness’ that makes the relationship between our governments special. This is why we are focused on further strengthening this partnership, as we adapt to the ‘new normal,” he added.

Additionally, Diciano said that the GPH Peace Implementing Panel, together with its peace partners, “must continue to work relentlessly to deliver all commitments under the CAB.” (Bangsamoro Information Office)