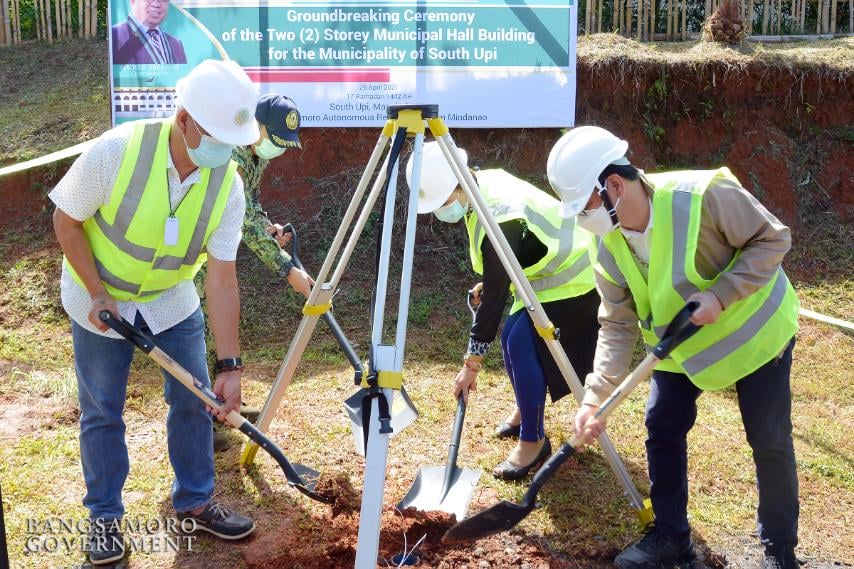 MAGUINDANAO—As part of providing public services to the Bangsamoro, the Ministry of Interior and Local Government (MILG) led the groundbreaking ceremony of the construction of 2-storey Municipal hall on Thursday at Barangay Timanan, South Upi in Maguindanao.

According to Sinarimbo, the implementation of the projects was delayed due to the Coronavirus Disease (Covid-19) pandemic.

He also said that the 2-storey buildings are designed to have a session hall of Sanggunian, office of vice-mayor and counselors, and all of the mandatory departments under the Local Government  Code.

Mayor Insular expressed his thanks to the Bangsamoro Government and the MILG for classifying their town as one of the recipients of the said project.

Meanwhile, the MILG and LGUs of BARMM island provinces have already signed Memoranda of Agreements (MOA) for the construction of their respective municipal halls. The schedule for the groundbreaking ceremonies will start after the Month of Ramadhan. (Bangsamoro Information Office)