Hataman leads turnover ceremony of ARMM to the BTA 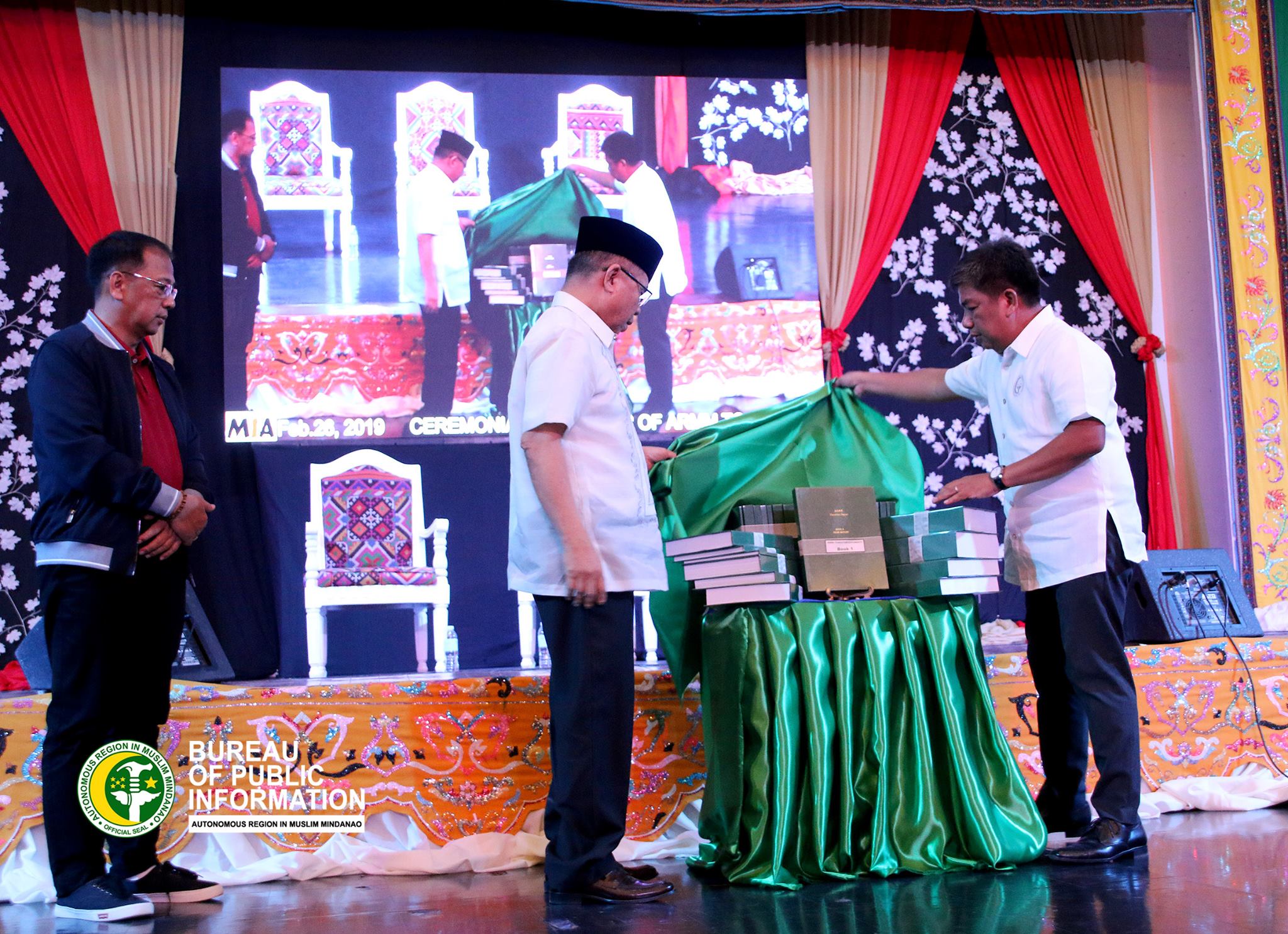 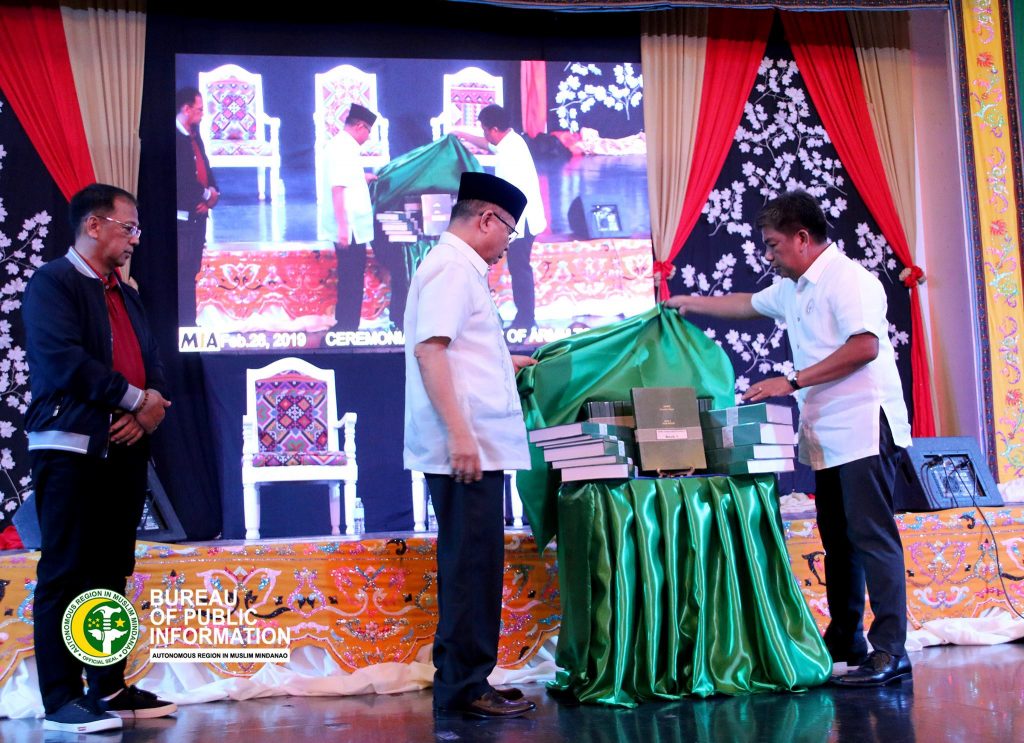 Regional Governor Mujiv Hataman led the turnover ceremony of the Autonomous Region in Muslim Mindanao to the Bangsamoro Transition Authority (BTA) on Tuesday, February 26, at the Shariff Kabunsuan Cultural Complex in Cotabato City.

The BTA is the interim government of the Bangsamoro Autonomous Region in Musim Mindanao. It is composed 80 members appointed by President Rodrigo Duterte, and the elected officials of the ARMM, who will serve until 30 June 2019.

Hataman has begged-off from becoming an automatic member of the BTA because of his intent to focus on serving his constituents in his hometown province of Basilan.

The transition documents turned over by the ARMM government to the BTA consisted of nine (9) books.

Meanwhile, in his acceptance speech, Chief Minister Al Haj Murad Ebrahim said that BTA has positive outlook in governance. He underscored the new different enemies of the Mujahideen: these are graft and corruption, manipulation of government, nepotism, and all other ills of the government in the system.

“We acknowledge that we are now entering another level of Jihad. Our Jihad will be more intense and more challenging…this is the next jihad that we are going to quest.”

He also expressed gratitude to ARMM Governor: “I thank Regional Governor Mujiv Hataman for preparing the transition of ARMM Bureaucracy into the BTA. I’m sure, the Bangsamoro people will be very grateful for the milestones/achievement of your administration.”

“I appeal to all our people for your support. Give us the chance to turn into reality our aspirations. With this, I would like to express our heartfelt appreciation to all of those who contributed in the success of our struggle. Without your support, we will not succeed in our jihad. Our success will be seeing that good governance will prevail in our system, In Shaa Allah,” Ebrahim said. (Bureau of Public Information)