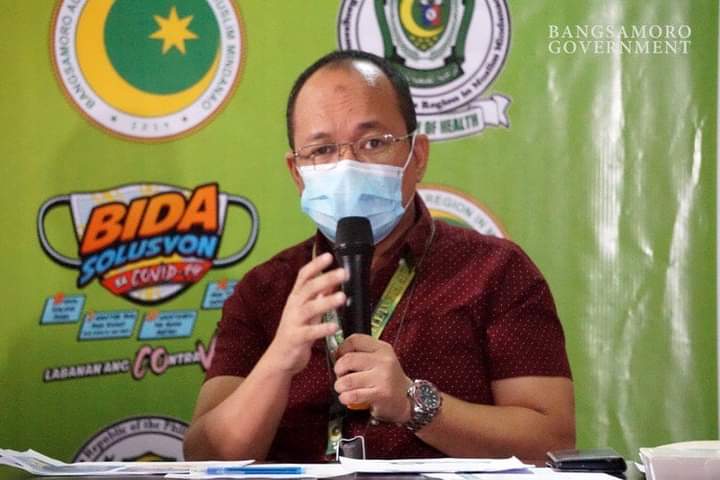 COTABATO CITY – Healthcare personnel are the first to receive doses of Covid-19 vaccines once the vaccination rollout starts in the Bangsamoro Autonomous Region by end of March or first week of April this year.

This was according to Deputy Health Minister Dr. Zul Qarneyn Abas who presented BARMM’s deployment and vaccination plan to the Bangsamoro Transition Authority Parliament on Thursday, Feb. 18.

In the plan, Abas said there are three (3) priority eligible groups for the vaccine’s distribution and deployment.

Group A include all frontline health workers from public and private health facilities such as hospitals or temporary treatment and monitoring facilities; health workers from Rural Health Units, City and Municipal Health Offices, Centers for Health Development, and Ministry of Health; barangay health workers including the Barangay Health Emergency Response Teams (BHERTs); and frontline workers from the ministries of social services, education, and local government.

All remaining Bangsamoro population not included above shall be in the last group.

Abas said the priority groups were based on the framework of the World Health Organization’s Strategic Advisory Group of Experts on Immunization (SAGE) and that the primary goal is the direct reduction of morbidity and mortality, and the maintenance of most critical essential services.

The deputy minister also announced that the BARMM will be receiving the AstraZeneca, Moderna, and Sinovac vaccines from the national government.

“We specifically didn’t request for the Pfizer because it will require -70°C cold storage facility and at the moment we don’t have a warehouse storage with that capacity,” Abas said, adding that MOH can only provide 2°C to 8°C storage required for the three mentioned vaccines.

He also said the MOH is in the process of procuring vaccines, with the P500-million initial allotment of the Bangsamoro Government, to supplement those to be given by the central government in order to ensure that every Bangsamoro will be immunized against the virus.

The ministry is set to release campaign materials on how the public can access accurate and reliable information about the Covid-19 vaccines. (Bangsamoro Information Office)