IPs fear reforms on ancestral domain, tribal justice system will be overlooked if BARMM transition is not extended 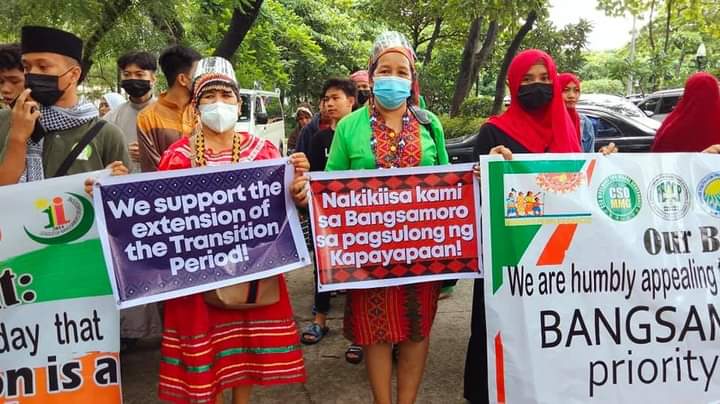 “If the transition period will not be extended, the Indigenous Peoples fear that the desired institutional reforms, particularly the protection and preservation of the Fusaka Inged (ancestral lands) and the entrenchment of the Tribal Justice System will be relegated and forgotten like what previously happened in the defunct ARMM,” the manifesto reads.

Received by the Senate on July 28, the manifesto was signed by Tribal Chieftains Phoebe Grace Villamor of the Higaonon Tribe and Timuay Felino Samar of the Teduray Tribe, IP women representative Jocelyn Palao, and North Cotabato Council of Elders Bae Magdalena Suhat.

Article XVI, Section 4 of Republic Act 11054 or the Bangsamoro Organic Law mandates the Bangsamoro Transition Authority (BTA) to enact seven priority codes including the Indigenous Peoples Code which aims to promote the IPs’ rights and welfare, and protect and recognize their historical rights to their native lands.

It is stated in the manifesto that “the process of IP Code drafting, consultations and consensus-building among the various tribes is still ongoing at various levels. […] These legal and cultural processes are hampered by the Covid-19 pandemic which limit the movement of peoples within and among the various communities, thus, causing delay in the enactment of the IP Code.”

The IP leaders also commended the BARMM leadership for giving two IP representatives in the BTA, and for significantly increasing the annual budget of the Ministry of Indigenous Peoples Affairs, as well as the approval of the Education Code that enjoined the establishment of a tribal university.

“This only shows the high level of respect afforded on the right to self-determination of the Indigenous Peoples within the autonomous region,” they stated in the manifesto. (Bangsamoro Information Office)