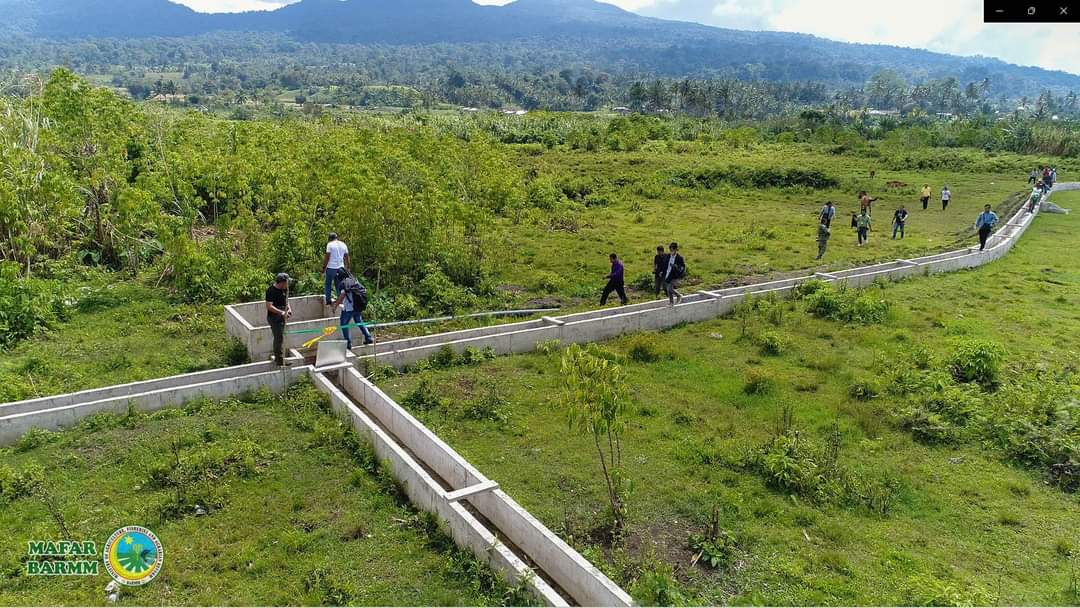 The Solar Powered Irrigation System (SPIS) turned over by the Ministry of Agriculture, Fisheries, and Agrarian Reform (MAFAR), through the Task Force Bangon Marawi (TFBM), which will benefit the Maranao farmers in Lanao Del Sur. (Photo courtesy of MAFAR)

The SPIS, which was funded under MAFAR-TFBM—amounting to Php10,000,000.00, aimed to alleviate the problem of farmers on water shortage.

The project has solar panels and 20 Horse Power (HP) generation capacity, capable of accumulating 3.5 cubic meters of water per minute with 660-cubic meters that can supply water for 50-70 hectares of paddy fields along Barangays Cabasaran and Sumalindaw in the town of Butig, and Barangay Malalis in the town of Sultan Dumalundong.

MAFAR Minister Mohammad S. Yacob said, “we are here in the most remote barangay of Butig despite the distance and difficulty of the road to show our sincerity to reach you and deliver quality service to the Bangsamoro people,” Yacob said.

“We hope that this project will succeed and become a model for uplifting the livelihood of farmers in Butig, Lanao Del Sur, as well as in the whole Bangsamoro region”, he added.

Water shortage is one of the main problems of the farmers in Barangay Cabasaran and its nearby areas for several years now.

Meanwhile, Atty. Dimnatang L. Pansar, municipal mayor of Butig, LDS expressed his deep gratitude to MAFAR-TFBM for the project that grants a new lease of life in their communities.

“I hope that the municipality of Butig will be able to produce more rice and in the future, we will become one of the major producers of rice not only in Lanao Del Sur but also in the entire Bangsamoro Region,” Pansar said.  (Bangsamoro Information Office)