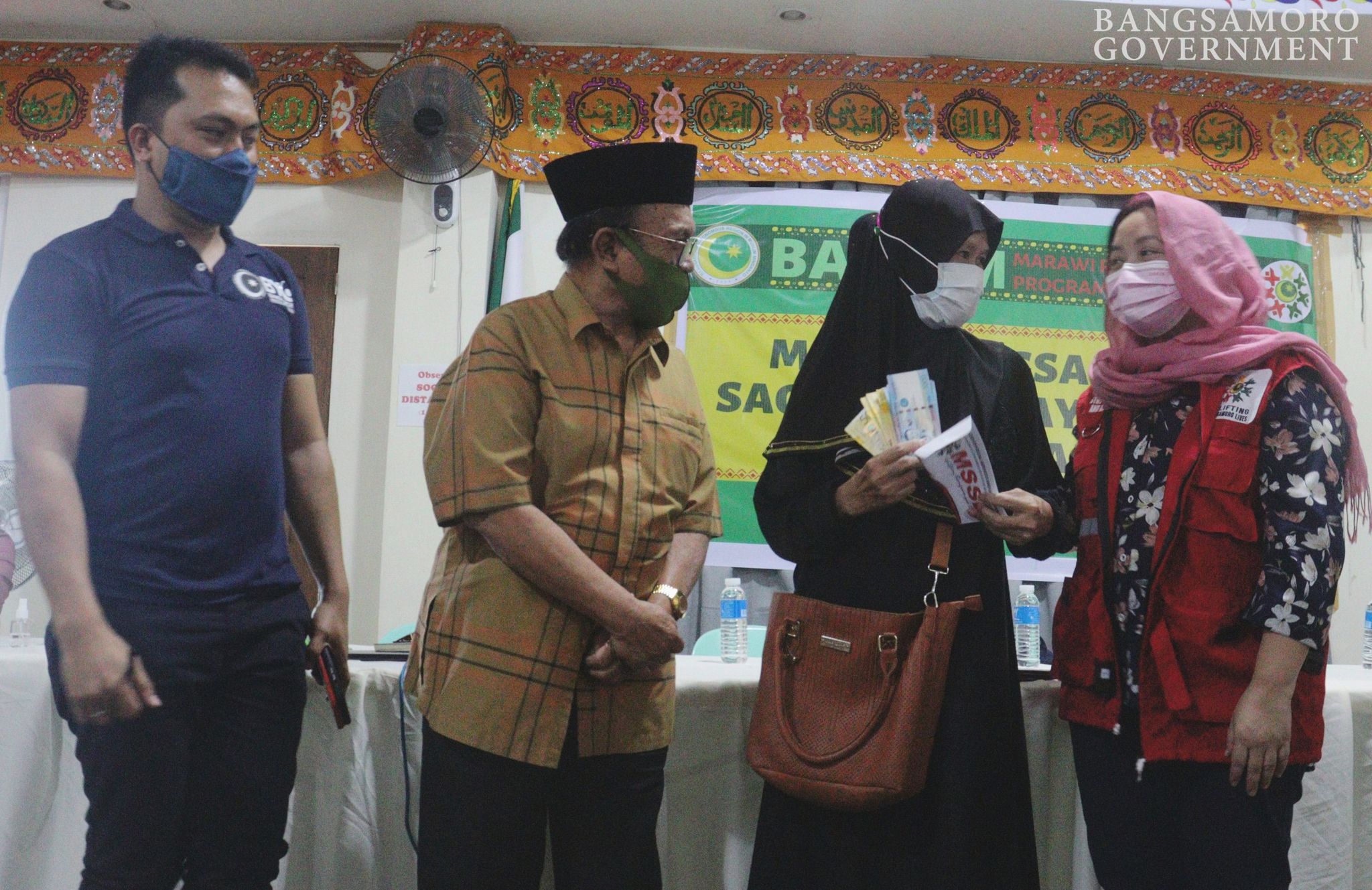 The MRP, launched on October 26, covers all of the BARMM’s plans and actions for the city’s rehab, which are based on the approved committee report made by the Bangsamoro Transitions Authority’s (BTA) Special Committee on Marawi (SCM). [Related Story: BARMM launches ₱500M Marawi Rehab Program, breaks ground for 150 IDPs permanent shelters]

The recipients were among the first batch of home-based IDPs from Marawi’s most affected area (MAA), who are solo parents, separated, and widows, earning 5,000 pesos and below per month. This criteria, however, only applies to the initial batch. Other home-based IDPs, including out-of-school youth and persons with disabilities, shall be included in the next batches of beneficiaries, which will be validated by the MSSD and the MRP’s Program Steering Committee (PSC).

Worth Php79-million, SKP is one of the initial projects of MSSD approved by PSC earlier in November. It provides seed capital or additional capital to small businesses owned by indigent families whose incomes were heavily affected by the coronavirus pandemic.

The PSC has targeted over 3,290 beneficiaries for the SKP. Lanao del Sur’s Provincial Social Welfare Office will monitor the beneficiaries to ensure that cash assistance will be utilized properly. (Bureau of Public Information)