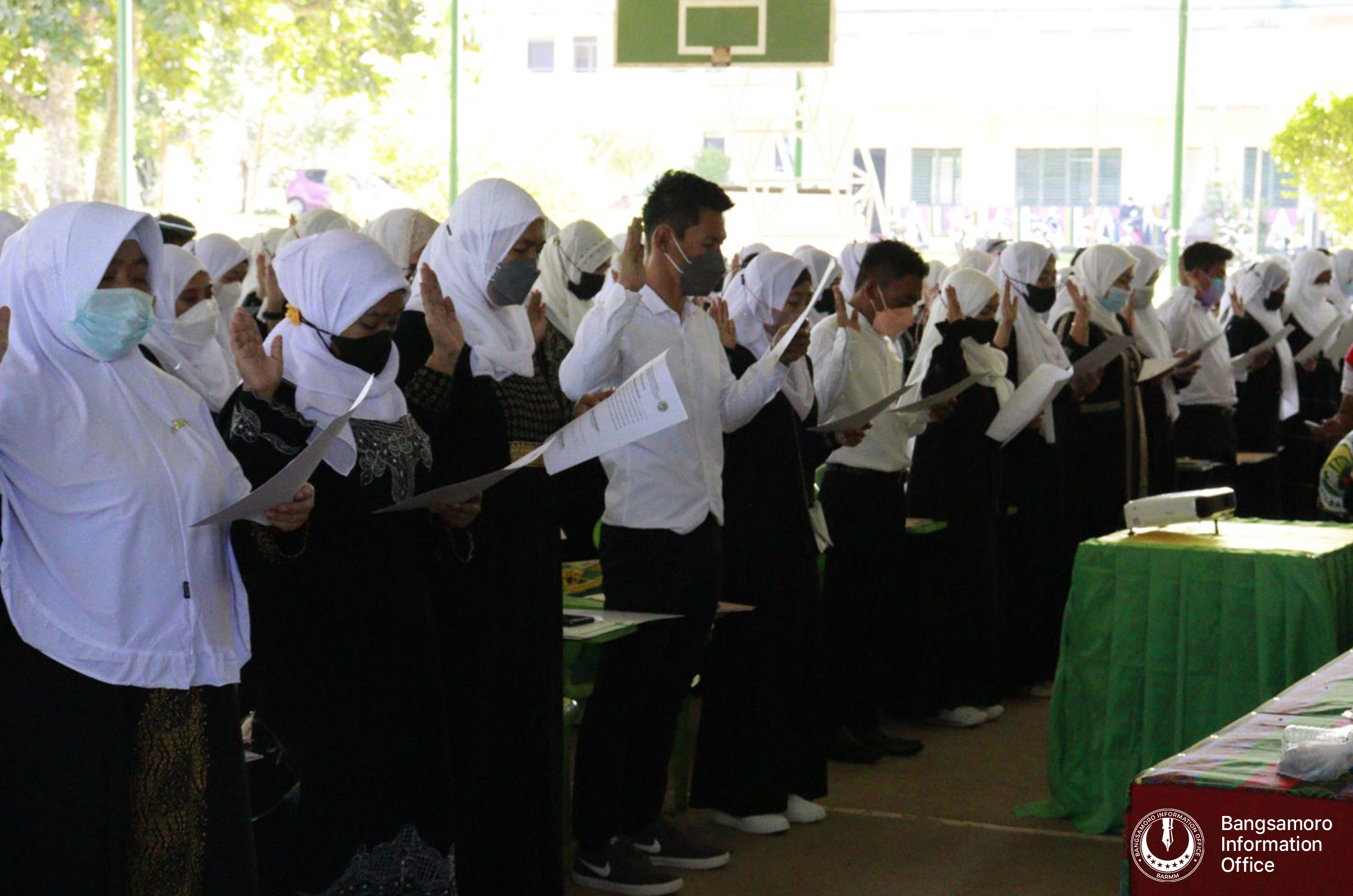 183 of the teachers were appointed in the elementary level, 103 in the junior high school level, and 8 in the Alternative Learning System (ALS).

During his speech, MP Udjah, highlighted the Bangsamoro Act No. 70 or the Bangsamoro Education Code (BEC), an act providing for the establishment, maintenance, and support of a complete and integrated system of quality education in the Bangsamoro.

“We would like to emphasize the beautiful feature of the Bangsamoro Act No. 70, the act principally authored by our very own Minister Mohagher Iqbal. This act embodied our aspiration for the Bangsamoro children to have a bright future which is an upshot of a quality education,” Udjah said.

“You are now becoming part of the sector of the Bangsamoro people (who will) provide bright future of our children, of your future children to be,” he added.

On the other hand, Sulu Schools Division Superintendent Kiram Irilis reminded the newly-hired teachers that they have to do their duty with diligence as they are now part of the ‘moral governance’ advocacy of the regional government.

“Sumumpa kayo ngayon, that you will do the service diligently under the Republic Act of the Philippines, under the Bangsamoro Government,” Kiram said during his speech.

The new teachers also underwent orientation right after the signing of their appointments and oathtaking ceremony. (Bangsamoro Information Office)