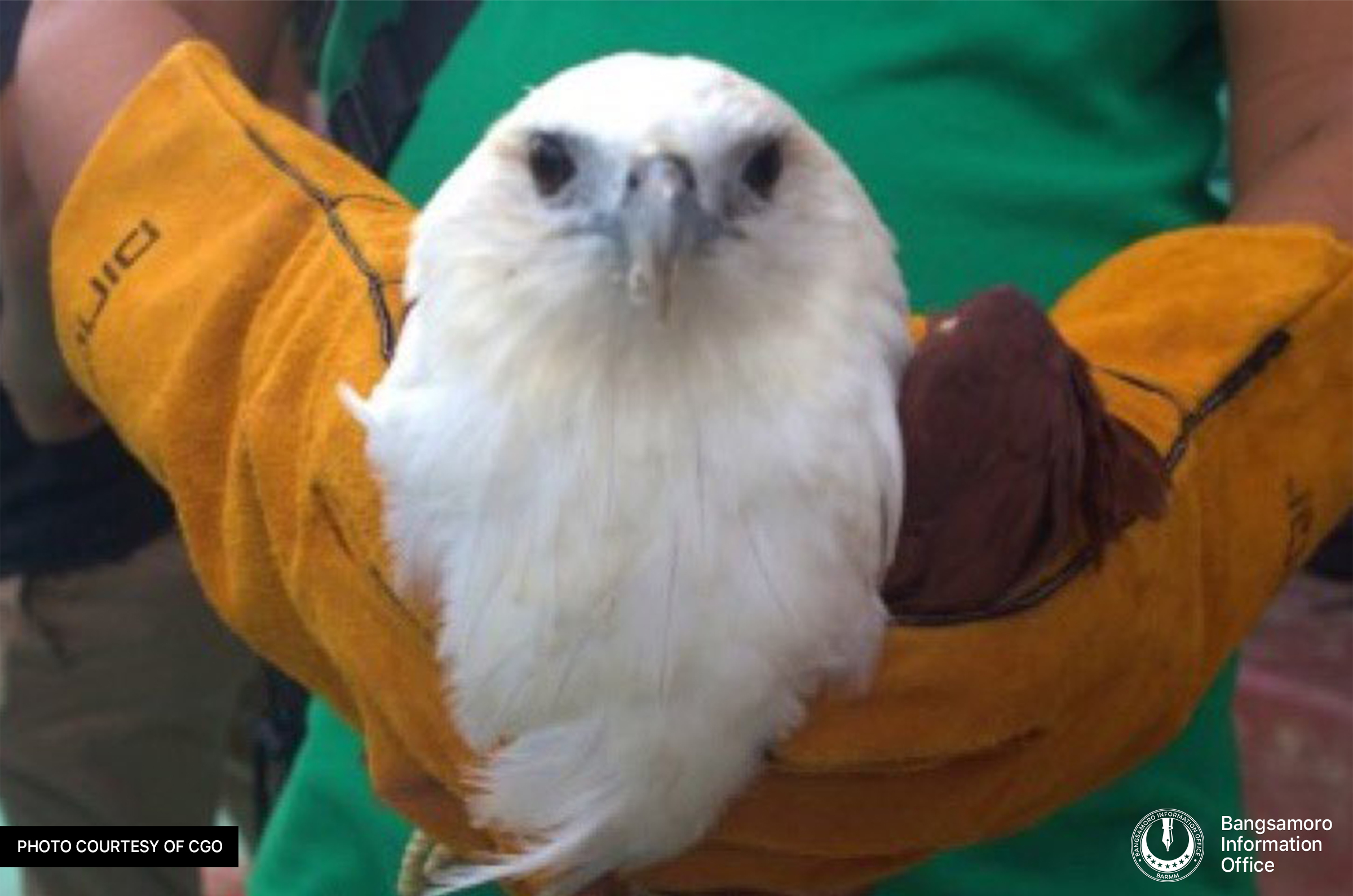 COTABATO CITY—Rescued Brahminy Kite (Haliastur indus), also known as the Red-backed Sea Eagle in Australia, was released on Tuesday, Sept. 6, by the Ministry of Environment and Natural Resources (MENRE) officials in the dense swamp forest of Brgy. Tamontaka-3 in this city.

A concerned citizen named Tahila Lauban immediately coordinated with the authorities after discovering the bird in Brgy. Poblacion 7 on Monday, Sept. 5.

Barangay officials turned over the bird to the Community of Environment, Natural Resources, and Energy Office (CENREO) in Maguindanao-1st District.

“This wildlife species is a Brahminy Kite. According to International Union for Conservation of Nature (IUCN), it is a bird that belongs to Least-Concern (LC) species,” CENREO Protected Area Superintendent (PASu), Forester Judy Angkad said.

LC species are categorized and evaluated by the IUCN as not being the focus of species conservation because they are still plentiful in the wild.

Based on the initial physical observation and examination, captured Brahminy Kite bird has 48-centimeter length, a wingspan of 119-centimeter, and weighed 1.3 kilograms.

Angkad also stressed the importance of saving endangered birds for a balanced ecosystem and sustaining the environment and preservation of natural resources.

Accordingly, the bird got entangled in a kite thread but in good condition, healthy, and not injured. It has received necessary attention from the Bangsamoro’s environmental officials before being released into the wild.