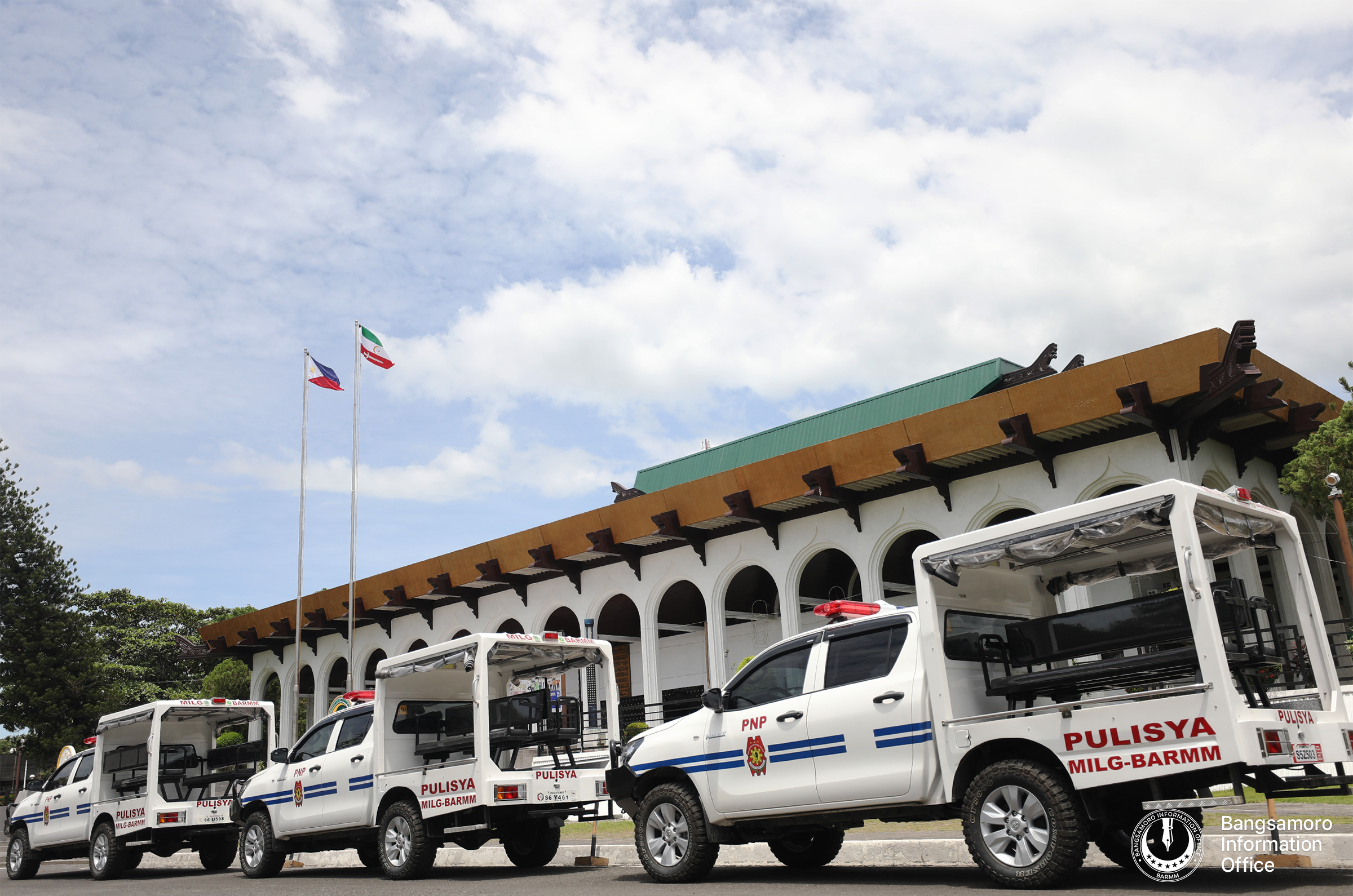 COTABATO CITY—Ministry of the Interior and Local Government (MILG) is set to turnover five (5) new police cars to the Police Regional Office-BARMM.

On Tuesday, Sept. 6, said vehicles arrived and being displayed in front of the Office of the Chief Minister (OCM) inside the Bangsamoro Government Center in this city.

According to MILG Minister Atty. Naguib Sinarimbo, the five police cars are part of the first batch of deliveries since more cars are coming soon.

“The procurement of police cars is just among the many support provided by the BARMM Government to the regional police to improve its capacity to protect and secure its constituents,” Sinarimbo said.

In addition, Municipal Police Stations are currently being built throughout the region, including the new Regional Headquarters building at Camp Salipada K. Pendatun in Parang, Maguindanao. (Majid Nur/BIO)