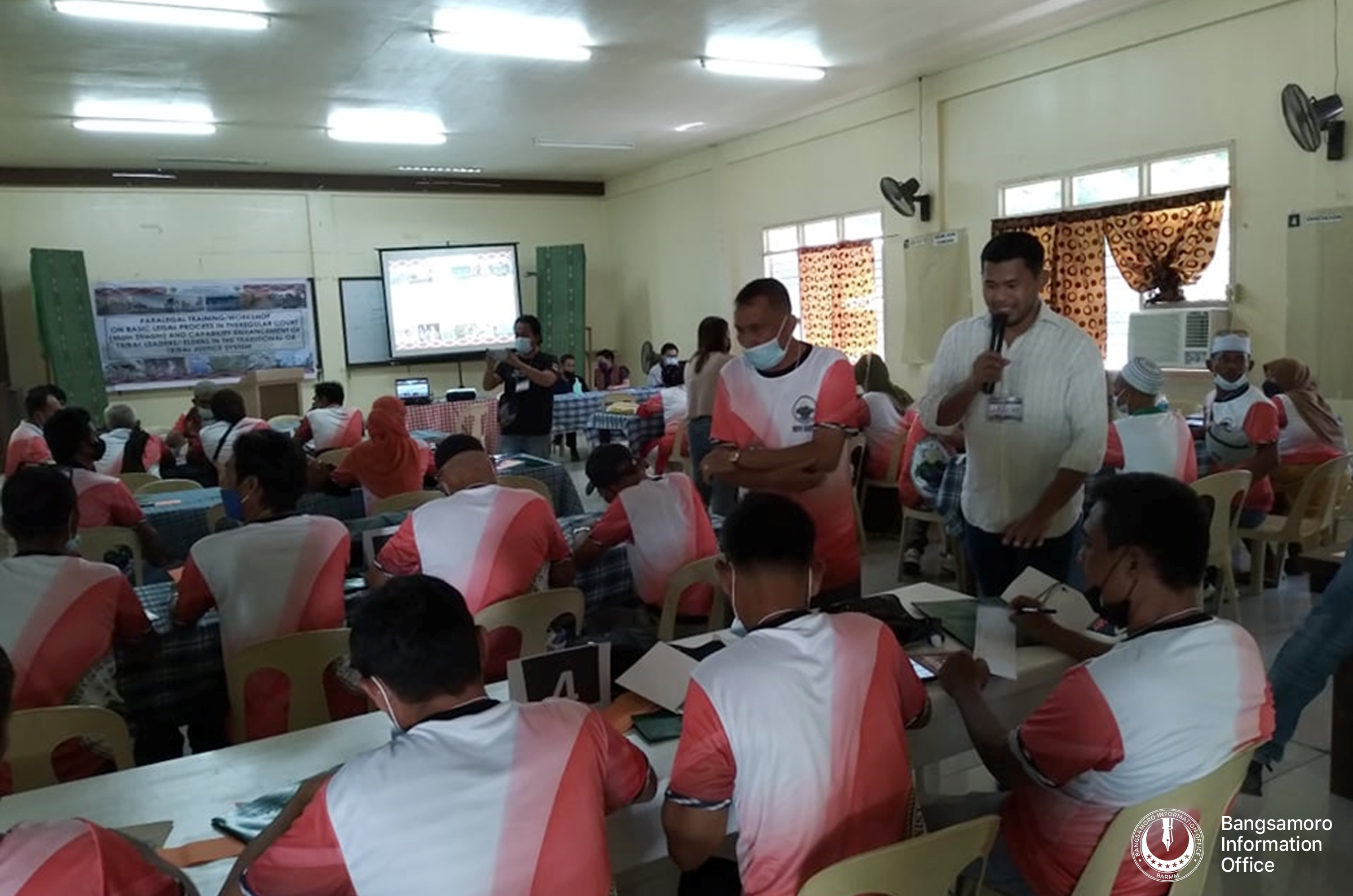 The Ministry of Indigenous Peoples’ Affairs (MIPA) conducted the activity on March 14-16 in Bongao Municipality.

First day of the activity centered on paralegal training on basic legal process in the regular court and capability enhancement of tribal leaders in the traditional or tribal justice systems.

MIPA Legal Officer IV Atty. Mona Diragen explained in an interview that the purpose of the training was to equip the tribal leaders and the indigenous people mandatory representative (IPMR) with knowledge pertaining to their role as tribal leaders of the community.

“In the Bangsamoro Organic Law, there is a provision regarding traditional or tribal justice system. So being an IP nire-recognize po yung kanilang karapatan na gamitin po yung kanilang customary laws in settling disputes among themselves,” Diragen said.

However, she also emphasized that there are limitations to the cases that could be handled by the tribal leaders. “For instance, heinous crimes, which are among exceptions of cases that do not fall within their jurisdiction,” Diragen said.

Among the weighty expectation manifested in the participants’ list was ‘recognition’ by peers in the society and as well recognition by the local governments. They also listed down ‘identity’ and ‘equality’ as among their concerns which they felt as still far from reality.

On the second day,a senior official from the Ministry of the Interior and Local Government’s (MILG) provincial office here discussed the guidelines for the IPMR in local legislative council and policy making body.

Included in the discussion were the manner of selection, recommending and revoking of the appointments, qualification and disqualification of IPMR, terms and other relevant provision of the guidelines, and the duties and responsibilities of IPMR and tribal leaders or chieftains.

The final day of the activity focused on information and education campaign (IEC) attended by another batch of about 50 Sama-Badjao participants from Barangay Tubig Tanah of Bongao. (Abdel Nasser Tahang/BIO)