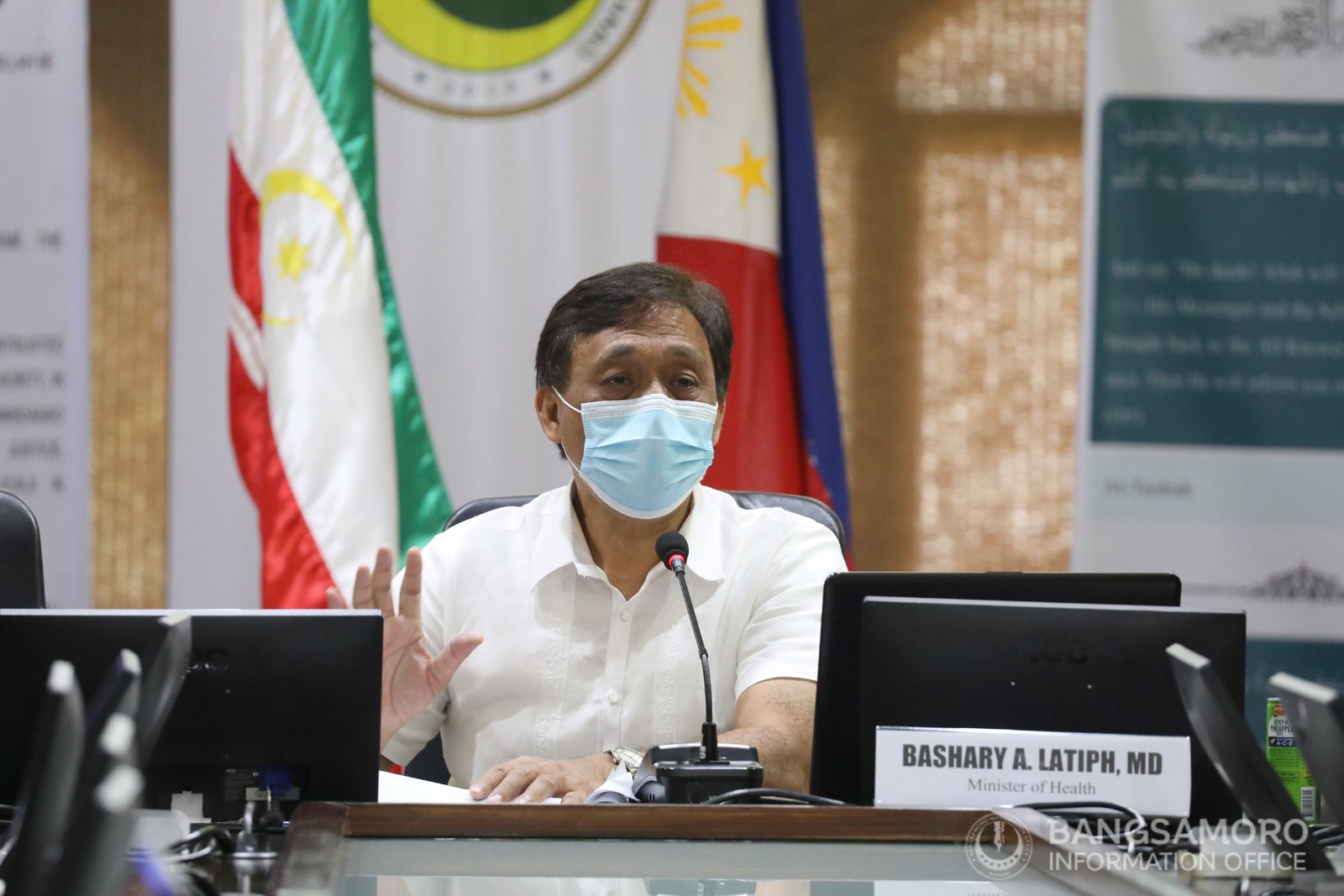 MOH Minister Dr. Bashary Latiph said during a press conference on Tuesday, June 15, that 41,899 persons from the first priority group received their first inoculation, and 13,659 of them already completed their doses.

COTABATO CITY—Officials of the Bangsamoro Government’s Ministry of Health (MOH) announced that as of June 14, the region has already administered 55,558 vaccines against Covid-19 among its priority groups.

Health Minister Dr. Bashary Latiph said during a press conference on Tuesday, June 15, that 41,899 persons from the first priority group received their first inoculation, and 13,659 of them already completed their doses.

Dr. Latiph reiterated that people in the priority group should get vaccinated as part of the ways to fight the pandemic.

“Inaanyayahan po namin ang lahat ng ating mga kababayan dito sa BARMM lalo na ang A1, A2, A3 at A4 na magpabakuna kayo (I encourage all our constituents especially those included in the A1, A2, A3, and A4 [group] to get vaccinated),” Dr. Latiph said.

A total of 20,226 frontline healthcare workers received their first dose, or a high rate of 94.28% of its total target population of 21,451. Of these individuals, 9,961 of them completed their doses.

Latiph added that the region’s supply of vaccines will suffice the demands for the priority group.

Since March, the BARMM received a total of 85,400 doses of vaccines.

This week, 16,000 doses of Sinovac vaccines are expected to arrive from the national government.

Vaccination in the region started in the first week of March for the provinces of Maguindanao and Lanao del Sur. A week after, vaccination commenced in the island provinces of Sulu and Tawi-Tawi, while frontline workers in Basilan received their vaccine jabs starting March 15. (Bangsamoro Information Office)