CM Ebrahim lays down Govt of the Day’s legislative agenda 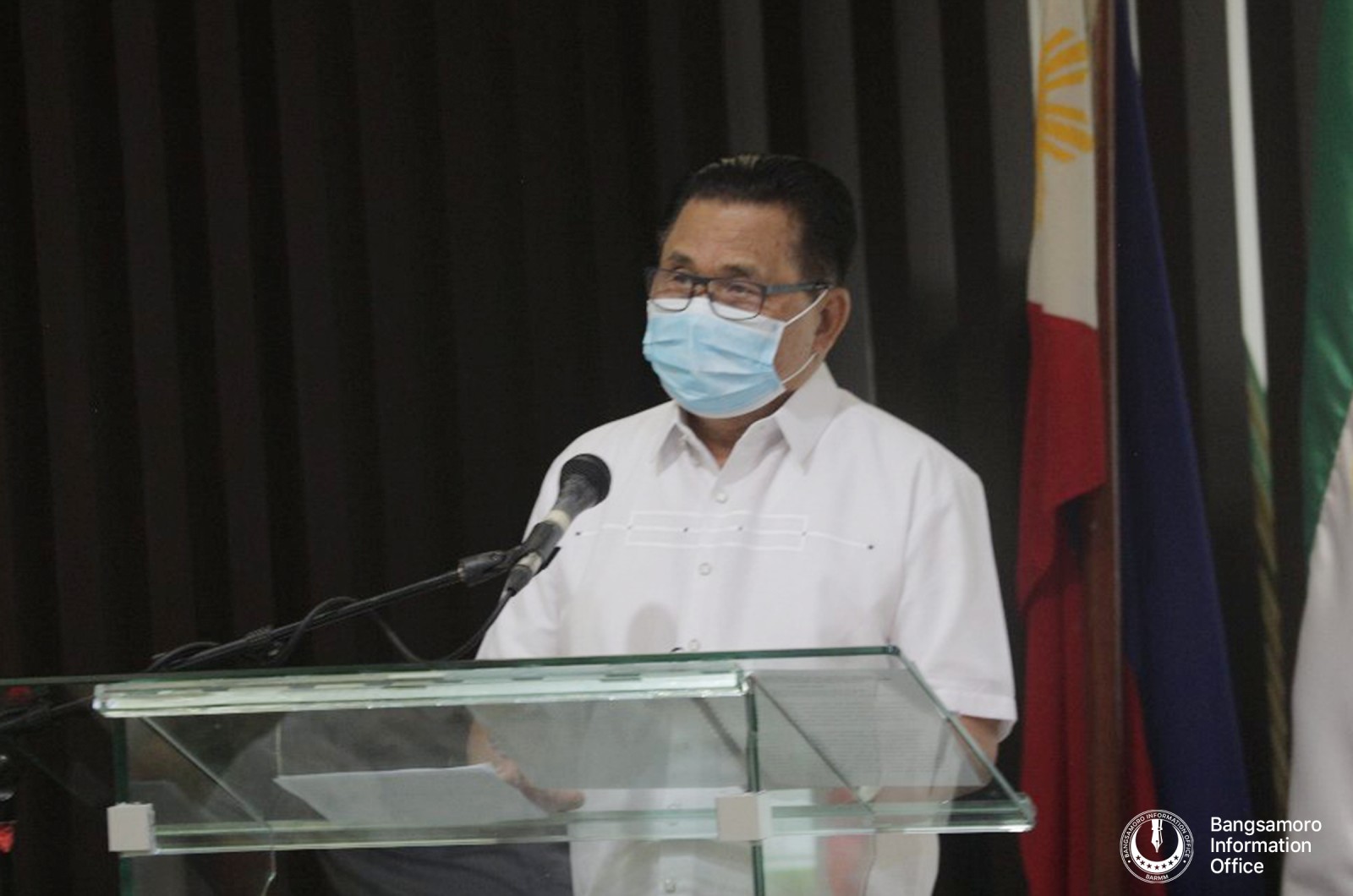 COTABATO CITY – Chief Minister Ahod Ebrahim highlighted in his Report to the Bangsamoro that the Bangsamoro Transition Authority (BTA) will prioritize the passage of the three remaining codes on local government, electoral, and revenue as it opened its third regular session on Tuesday, June 15.

“I earnestly ask the full cooperation of our colleagues in the parliament as we pass very important legislations starting today,” Ebrahim said via zoom.

“We shall work hard in passing the local governance code that will further enhance the horizontal and vertical relationship of the local government units in the Bangsamoro region,” he said.

The local government code was already filed in the plenary on July 22 last year and is already on its committee level at the parliament. Meanwhile, the electoral and revenue codes are being finalized at the Cabinet level.

“The electoral code which is probably one of the most sensitive legislation that this Parliament will enact must be carefully crafted to ensure that we put premium to the betterment of the electorate. We must ensure that it will pave the way for a genuine political exercise that shall serve the core of the regular Bangsamoro Government. We shall transmit this to the parliament as soon possible,” Ebrahim said.

He also assured that the cabinet will also file the revenue code within this year, noting that it is being finalized by the Cabinet Committee led by the Ministry of Finance, Budget, and Management.

The above-mentioned codes are three of the six priority codes the BTA needs to pass during the transition period. The first three, such as the administrative, civil service, and education codes were already signed into law last October 28, 2020, February 24, and May 18 of the year, respectively.

The chief minister also said that the parliament shall likewise prioritize legislations for certain sectors in the region.

He said he tasked the Ministry of Indigenous People’s Affairs to work on a legislation that will protect and promote the rights of the Indigenous People pursuant to the intent of the Bangsamoro Organic Law.

According to him, the Government of the Day shall also file to the parliament the Bangsamoro Children’s Code that will further safeguard children’s rights.

“After all, what we are doing here in the BTA is for our children and our children’s future. I trust that with the proven stewardship of the Minister of Social Services and Development who is also our assistant majority floor leader, this will be passed as soon as possible,” Ebrahim said.

“We shall also prioritize the enactment of a Bangsamoro Labor Code that will protect the workers in the region and ensure that both the employee and employers will not be subjected to abuse and unfair treatment. This is even more important considering that the BARMM is now services oriented according to the Philippine Statistics Authority,” he added.

He also tasked the Ministry of Agriculture, Fisheries, and Agrarian Reform to craft a law that will enable agriculture and fisheries to prosper in the region. “We must continue to support our farmers and fisherfolks in providing them better opportunities and favorable conditions,” Ebrahim said. (Bangsamoro Information Office)