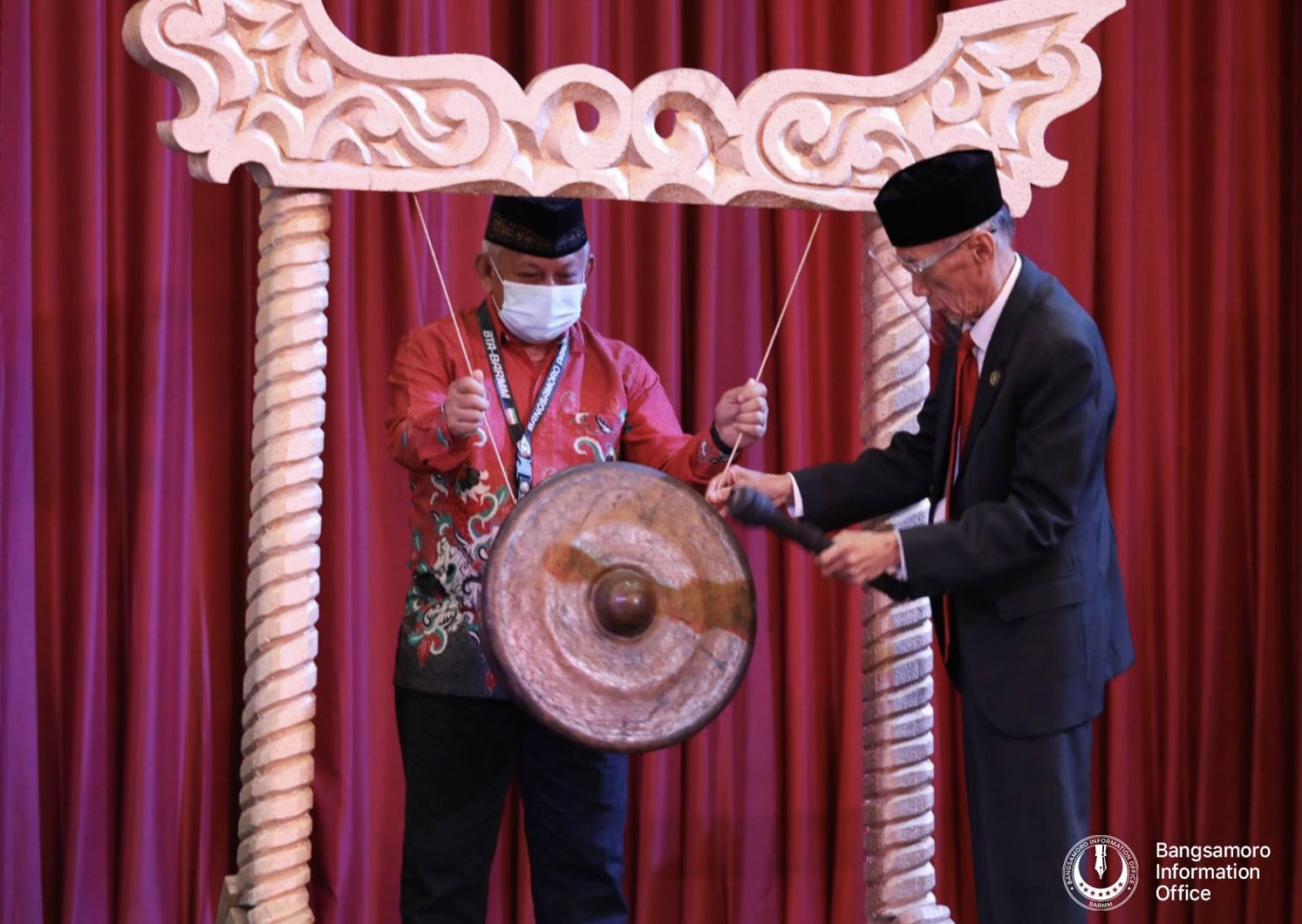 COTABATO CITY – Wali, or ceremonial head of the Bangsamoro, Sheik Khalifa Usman Nando led the beating of an agong on Tuesday, June 15, to formally open the third regular session of the Bangsamoro Transition Authority (BTA) Parliament.

Wali Nando said that despite the ongoing pandemic, and a short period of time since its inception, the Bangsamoro Government has already accomplished a lot in terms of providing aid to its people, enacting legislations, implementing projects in the fields of health and education, and many others.

Nando also called on scholars, datus, and local politicans in the region to unite and reunite to fully achieve development in the Bangsamoro.

“We must realize that our progress is in our unity. Each of us is in a loophole. We are all responsible before God,” Nando said in Arabic.

“Be with us in the revival of our people, for our glory is your glory, and if we fail, you will fail,” he added.

Meanwhile, BTA Parliament Speaker Atty. Pangalian Balindong said that it is necessary to allow the Bangsamoro leadership, headed by Chief Minister Ahod Ebrahim, to finish its mandate and prove its worth to its people within a reasonable period of time.

“Let us give these revolutionaries-turned-parliamentarians a complete chance to realize their vision for the Bangsamoro,” Balindong said.

“Perhaps their perspective, which is forged in the battlefield, is better than most of us, whose idea may have only been fashioned thru the ballot,” he added.

During Tuesday’s ceremony, CM Ebrahim delivered his Report to the Bangsamoro to provide updates in the region and the future plans and priorities of the Bangsamoro Government. [Related Story: CM Ebrahim lays down Govt of the Day’s legislative agenda]

He also provided an update on the status of the call to extend the transition period.

“Before I end this speech, I would like to share with you that although there are bureaucratic challenges along the way – the call for the extension of the transition period has never been more resounding than now,” said Ebrahim. He said that President Rodrigo Duterte and the leadership of the Senate and the House of Representatives are giving their nods that it will happen.

“We reiterate, especially to the naysayers, that the extension of the transition period is never about power. It is about ensuring the successful implementation of the Bangsamoro Peace Process,” Ebrahim said.

“Ladies and gentlemen, we cannot afford to fail them,” he added. (Bangsamoro Information Office)