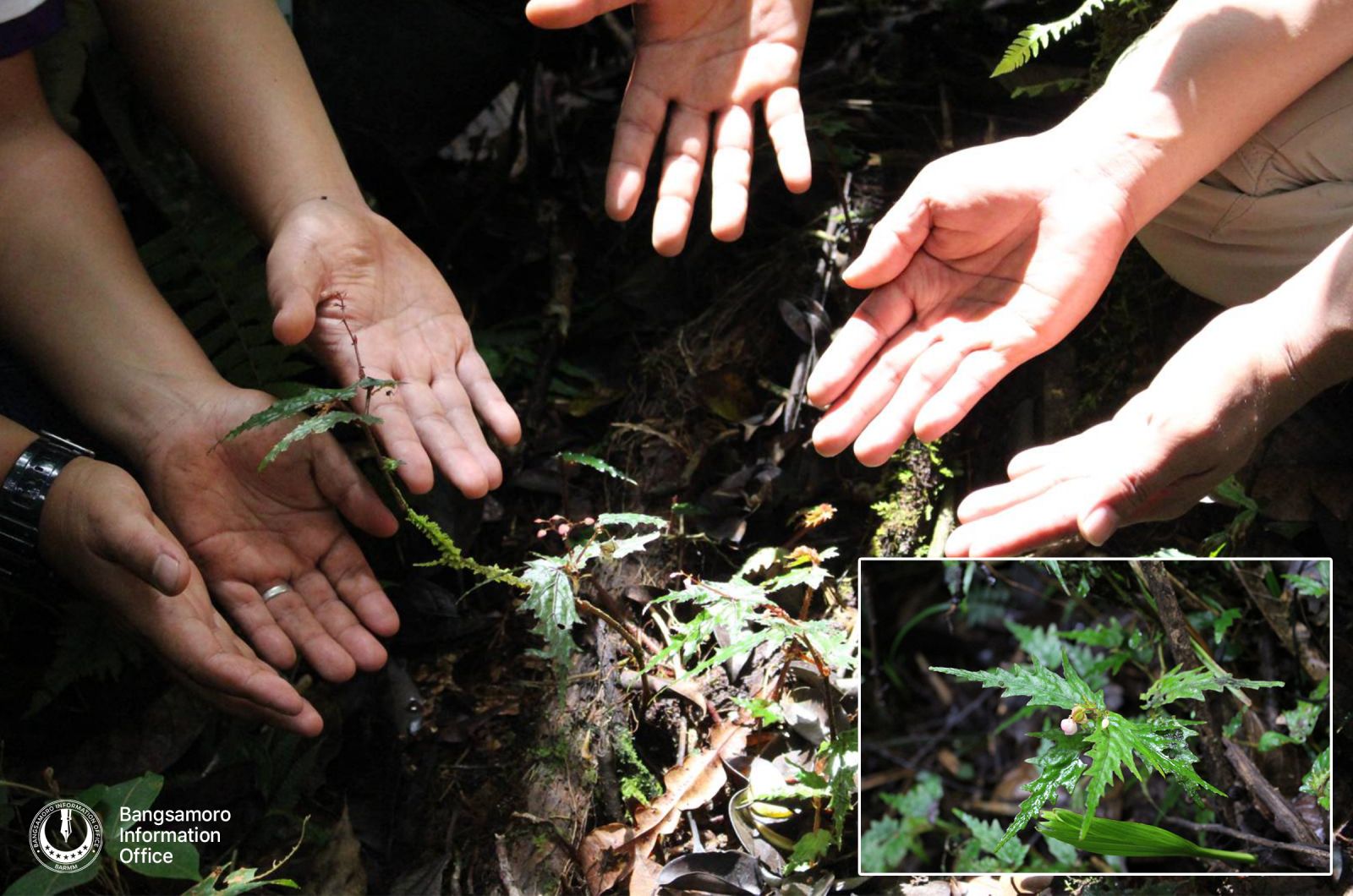 On Monday, June 14, Provincial ENRE Officer Asmarie M. Labao together with representatives from the Office of Bangsamoro Parliament Deputy Minority Floor Leader Atty. Rasol Mitmug, Jr. held an ocular visit and analysis on the Begonia bangsamoro in the rainforests of Barangay Banga in the Municipality of Wao.

“The discovery of this new plant species in our Inged a Ranaw signifies the richness of our place in terms of biodiversity,” said Labao.

“We will be proposing collaborative efforts with the local government units of Wao, non-governmental organizations, and academic institutions for possible partnership in the preservation and protection of the Begonia Bangsamoro and its habitat,” he added.

Wao Municipal ENRE Officer Antonieto Montanez explained that the plant can be sighted along Ginapukan River in fragments.