MOST Tawi-Tawi conducts orientation, online examination for BASE program examinees 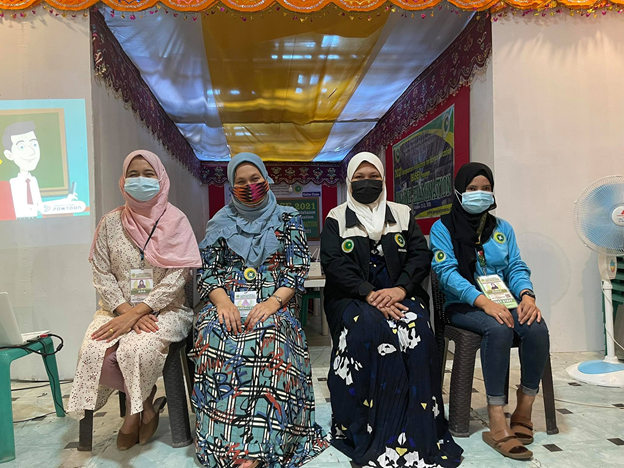 MOST Tawi-Tawi Provincial Director Shimal Sabal-Mudjahiron (Seated 2nd right) with staff took a photo break during conduct of the orientation for MOST-BASE program qualifying examination on August 22, 2021, in Bongao, Tawi-Tawi.

TAWI-TAWI–In a bid to provide systematic arrangements and awareness of the “Do’s and Dont’s” to attain a smooth online examination process, the Ministry of Science and Technology (MOST) conducted a series of orientation for the prospective examinees of the Bangasamoro Assistance for Science Education (BASE) Program.

“The seven-day online examination were administered to 24 qualified examinees. Fifteen (15) of them were also from Tawi-Tawi; six (6) from Sulu, and three (3) from Basilan also joined the said qualifying examination for BASE scholarship program,” Mudjahiron said.

According to the Provincial Director, a total of 197 examinees took the qualifying examination, including those from Sulu and Basilan.

“The long day’s online examination was to ensure that all applicants would be able to take the said exam accurately, irrespective of other factors including internet connection and examination facility,” Mudjahiron stressed.

The said activities were carried successfully through the help of Information Technology (IT) volunteers, Bangsamoro Youth Commission (BYC-Tawi-Tawi) workforce, and MOST staff and volunteers, as supervised by the provincial director.

MOST’s Bangasamoro Assistance for Science Education (BASE) Program is a scholarship program offered by the Ministry of Science and Technology – Bangsamoro Autonomous Region in Muslim Mindanao (BARMM) under the Science Education, Grants and Scholarship section.