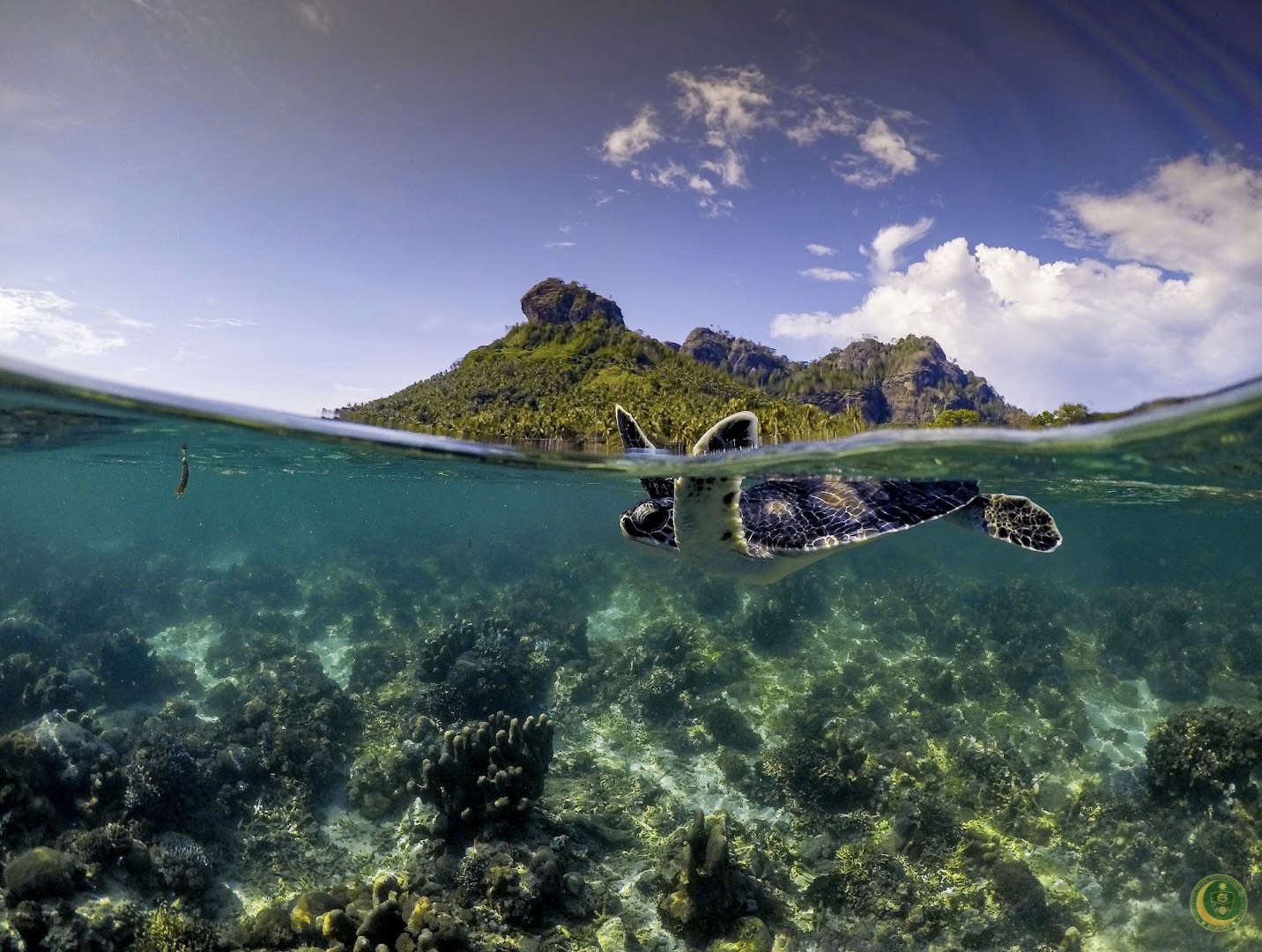 THE GREEN OVER AND UNDER:
The photo was taken by Ali-Mouktar Mohammad Tilka on September 17, 2019 at Silisad beach in Bongao, Tawi-Tawi. The above shot captures the Bud Bongao Forest Park known as the first conservation area in BARMM. From below, we can see the green sea turtle swimming and the coral reef with the crystal clear water of Tawi-Tawi. Experience swimming with turtle beside you, through snorkeling or scuba diving. You can enjoy watching sea turtle or even touch them sometimes.

COTABATO CITY—Winners from every five provinces of BARMM, who took the best images in the recent 2021 regional photo contest dubbed “Bangsamoro: Revealing its Hidden Treasure”, were recognized thru a virtual awarding ceremony held Wednesday night.

The competition was organized by the Ministry of Trade, Investments, and Tourism – Bureau of Tourism (MTIT-BOT). It was opened to all interested participants last Aug. 10 until Sept. 20, 2021. [Related story: MTIT to showcase Bangsamoro hidden treasure thru region-wide photo contest] 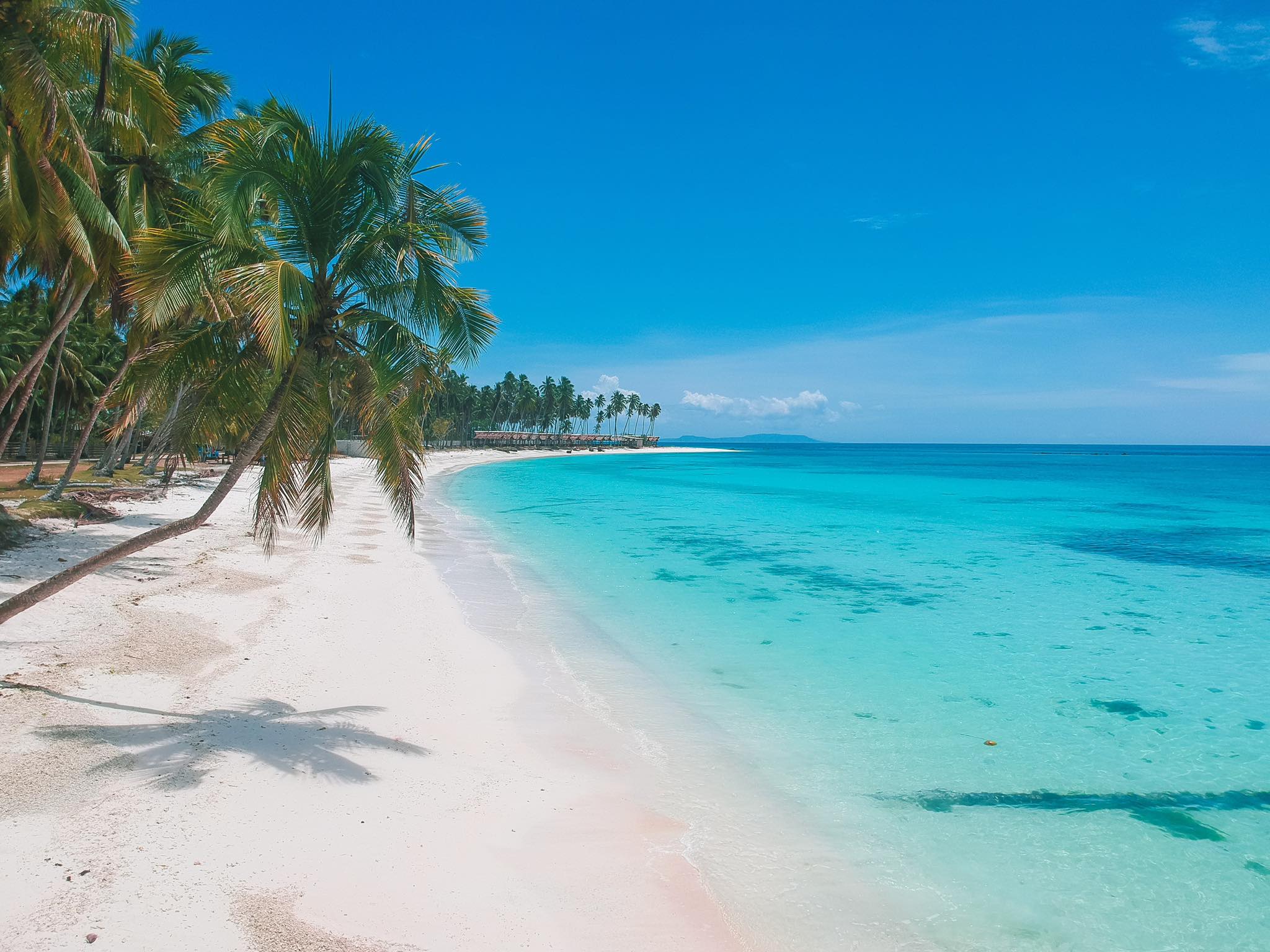 THE SHORES OF PARANG, SULU: The white sand beaches of Parang, which is a 30-minute ride from Jolo, can be considered as a world class beach. Its powder-like sand will surely attract the tourists.
Captured by: MUKATTIL NURSALYN UDJAH
Photo Location: Parang, Sulu 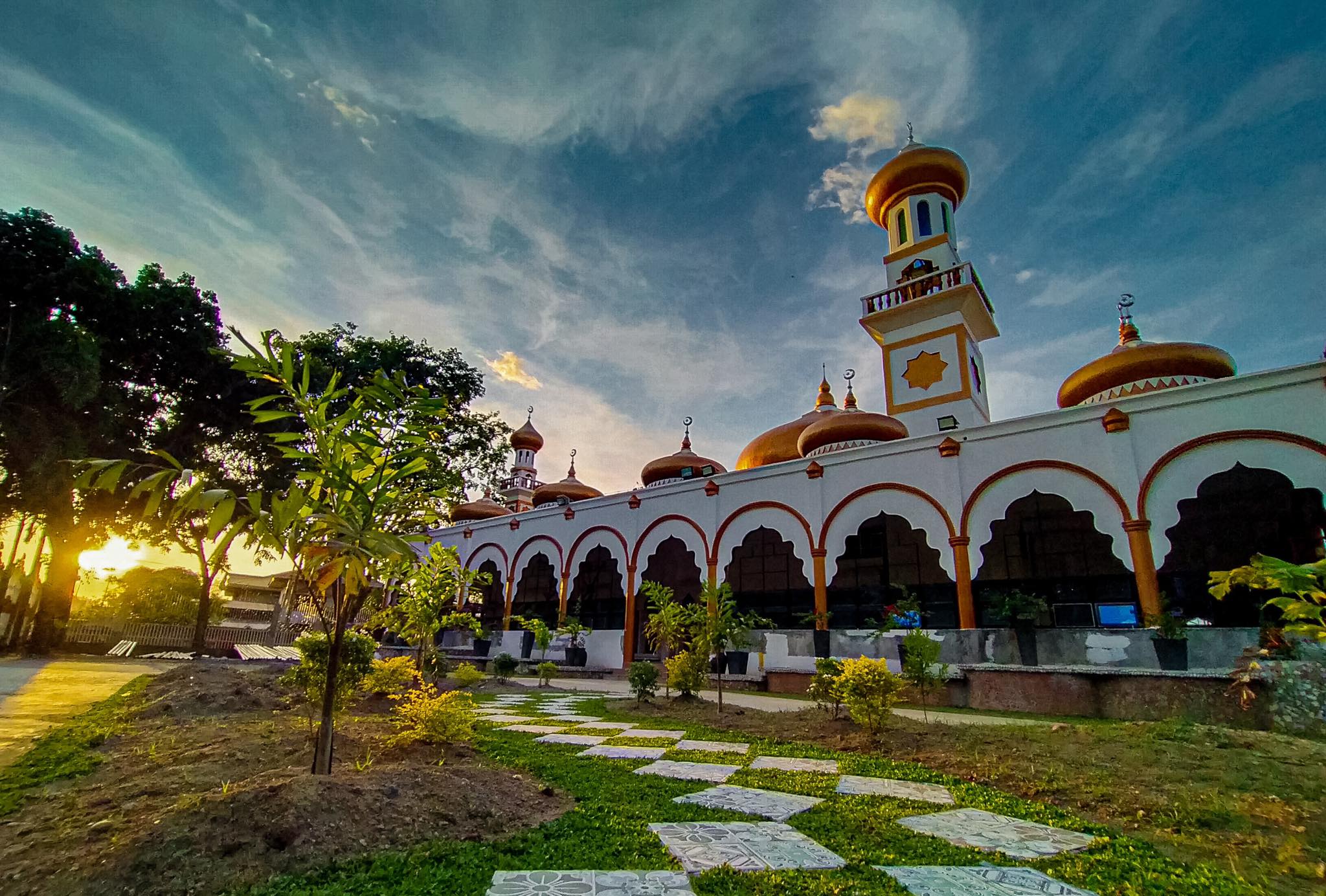 HOUSE FOR ENLIGHTNMENT, GUIDANCE: A mosque is generally a very symbolic place for a Muslim to recreate divine presence on earth. The primary purpose of the mosque is to serve as a place where Muslims can come together for prayer. For the Maguindanaons, the Masjid Alqudra provides enlightenment, education, and moral guidance.
Captured by: MAHMOD, ABDULLAH S.
Photo Location: Masjid Alqudra, Bulalo, Sultan Kudarat, Maguindanao

THE MAJESTY OF LAKE LANAO: This is a must-visit mountain for outdoor enthusiasts. At the camp site, you can see the view of the majestic Lake Lanao [plus the famous Mt. Ragang (Piapayungan Range also known as the Sleeping Lady)]. You can overlook some of the highest mountains in the province of Bukidnon, namely Mt. Kitanglad Range and Mt. Kalatungan.
It’s a 2-to-3-hour hike for experienced hikers, but you will be relieved when you reach the top of the mountain. Indeed, the best view comes after the hardest climb.
Captured by: MANGATA, AL-ARIEF PLAWAN
Photo Location: Mt. Matampor, Gurain Range, Brgy. Bualan, Balindong, Lanao del Sur 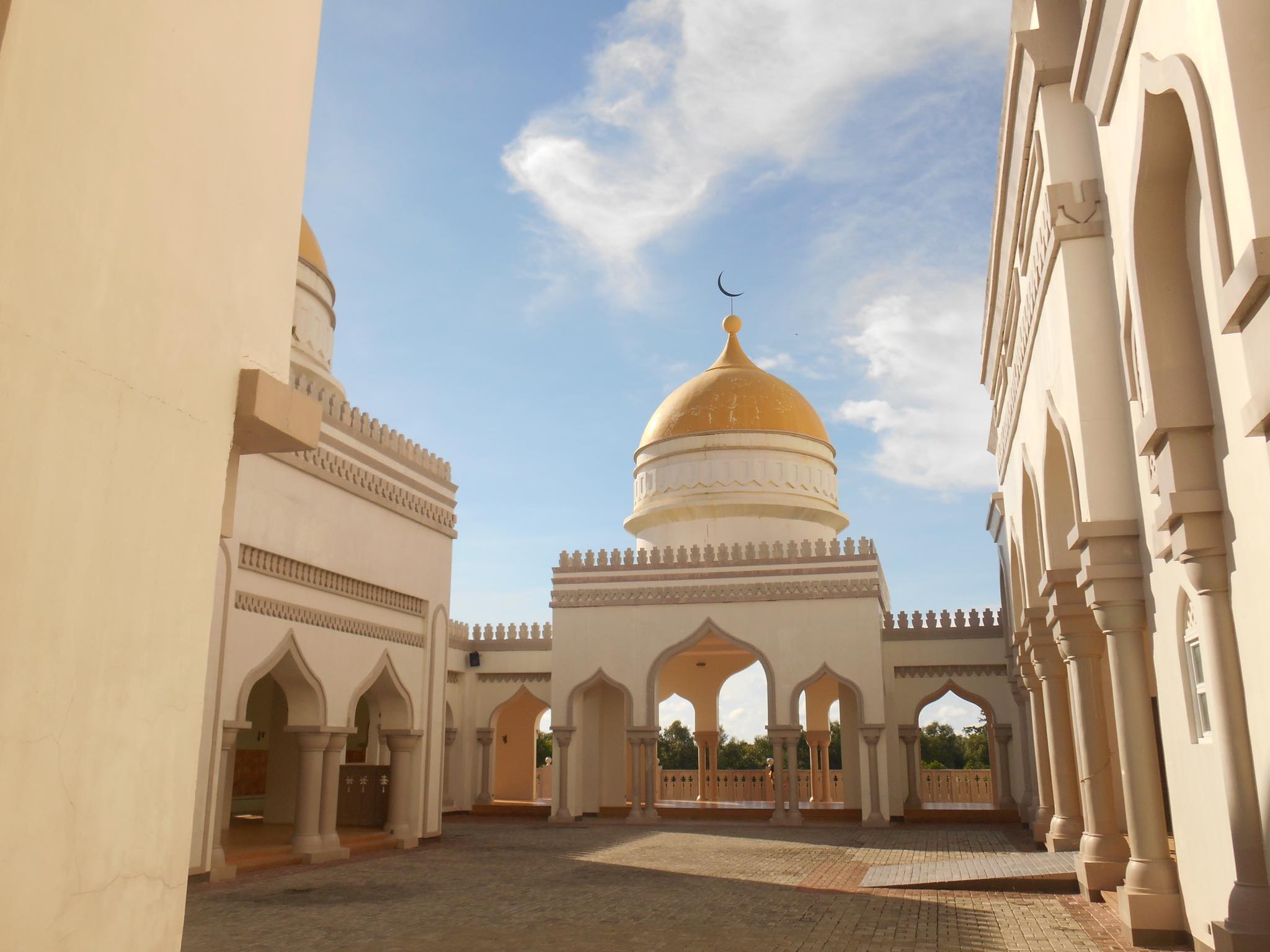 A REFLECTION OF HOPE AND SECURITY: Sultan Hassanal Bolkiah Masjid is the largest mosque in the Philippines. It is also the second largest mosque in Southeast Asia after the Istiqlal Mosque of Indonesia.
This mosque is a reflection not only of a religion but also hope and security. Hope and security that despite the crisis, there’s always a house that will make you feel that you are safe.
Captured by: ZANGCALA, SALIH SANDIALAN
Photo Location: Kalanganan II, Cotabato City 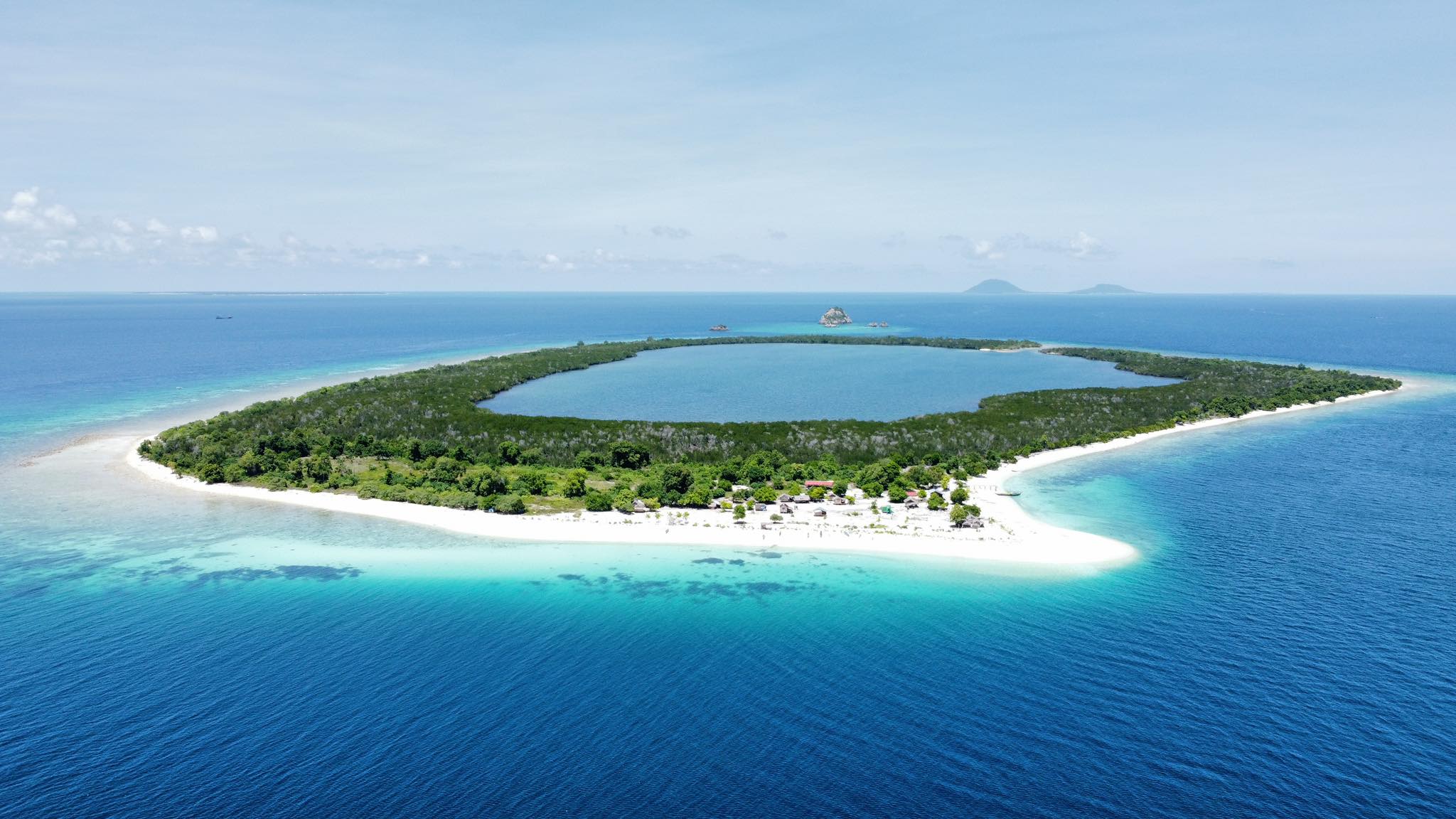 CALMNESS IN A LAGOON: Hadji Muhtamad Municipality is composed of islands and islets. A young and promising municipality that has a lot to offer. Cojangan is one of the wonders of the municipality.
Cojangan came from a sinama word “Lowang”, which means hole, because cojangan has its hole in the middle that seems like a lagoon. The freshness of the sea water, the calmness of the sky, and the beauty of its people maximize a tourist’s happiness, enjoyment, and leisure.
Captured by: ABUBAKAR, ABDURAHIM MACROHON
Photo Location: Cojangan, Brgy. Palahangan, Hadji Muhtamad Municipality, Basilan

In his message, MTIT Minister Abuamri Taddik reiterated the purpose and wisdom behind the initiative which is “to showcase the region’s rich tourism, trade, and industry assets and authentically unique and flourishing indigenous arts, heritage, and biodiverse resources.”

“With the objective of portraying an economic friendly environment that will generate jobs and revenue increase of the region, we thank all those who submitted their photo entries,” Taddik said.

Meanwhile, Engr. John Lomboy, OIC Director of MTIT-BOT, reminded that the photographs featured “will not be wasted and will be utilized as information, education, and communication (IEC) materials of the ministry to promote and market the different tourism potentials, including trade and industry assets of the Bangsamoro region.”

MTIT Deputy Minister Atty. Sukarno Abas ensured that the ministry will continue to do the same project in order to showcase the BARMM assets and highlighted the importance of cleanliness in the tourism industry and to the appreciation of foreigners and visitors.

Also present during the ceremony was MTIT Director-General Rosslaini Alonto-Sinarimbo who thanked the participants who took time to join and submit their entries, saying, “I invite you to see our winning photos and discover hidden gems we have.”