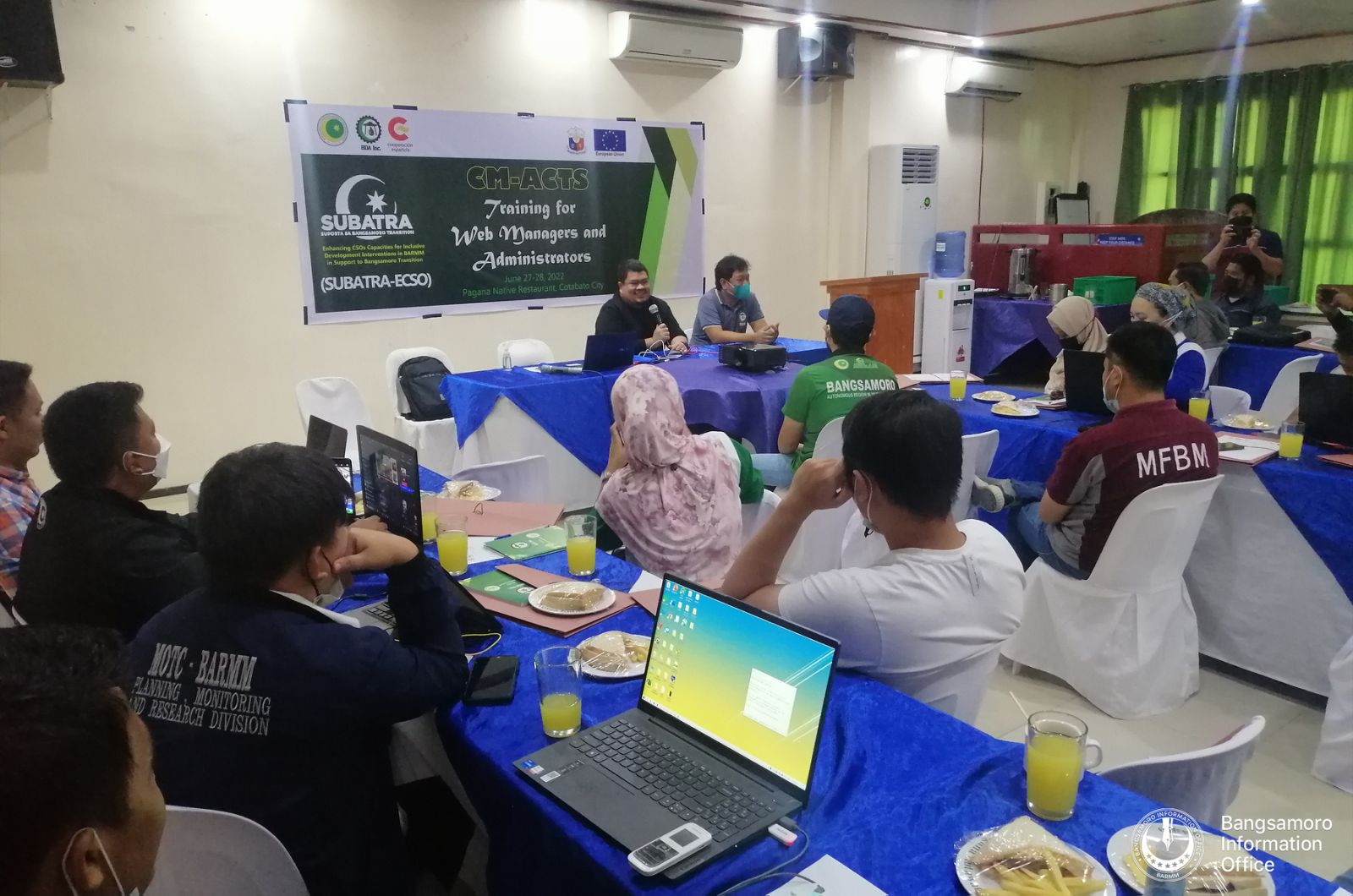 COTABATO CITY—The Office of the Chief Minister (OCM), in partnership with the Bangsamoro Development Agency (BDA), conducted on June 27-28, a training for the web managers and administrators of the Community Monitoring and Actionable Concerns Tracking System (CM-ACTS) to demonstrate hands-on exercises and evaluate areas for further improvement.

The web managers and admins were from the different ministries and offices of the regional government, who will be the first receiver of the feedbacks on their respective offices.

CM-ACTS is a digital application established by the Office of the Chief Minister (OCM) last April 2022 to advance the region’s community feedback mechanism by providing prompt response and resolution to public grievances. It is expected to be launched next month.

Cabinet Secretary Mohd Asnin Pendatun said that CM-ACTS is the primary platform of the Bangsamoro Government in gathering the public’s comments, concerns, complaints, and feedbacks on the different projects, programs, and policies of the region.

“We will make use of an app that would be available for android and iPhone users. At the same time mayroon din itong web version at pwede pa rin yung conventional na call and SMS messages,” Pendatun said.

BDA Project Coordination Marbawi Edza said the main purpose of the project is for the Bangsamoro Government to have a closer engagement with the community.

Edza said that following its launching, the app is expected to be downloaded through the Google and Apple play stores. (Myrna Tepadan/BIO).