The promise of peace: Duterte’s legacy in the Bangsamoro 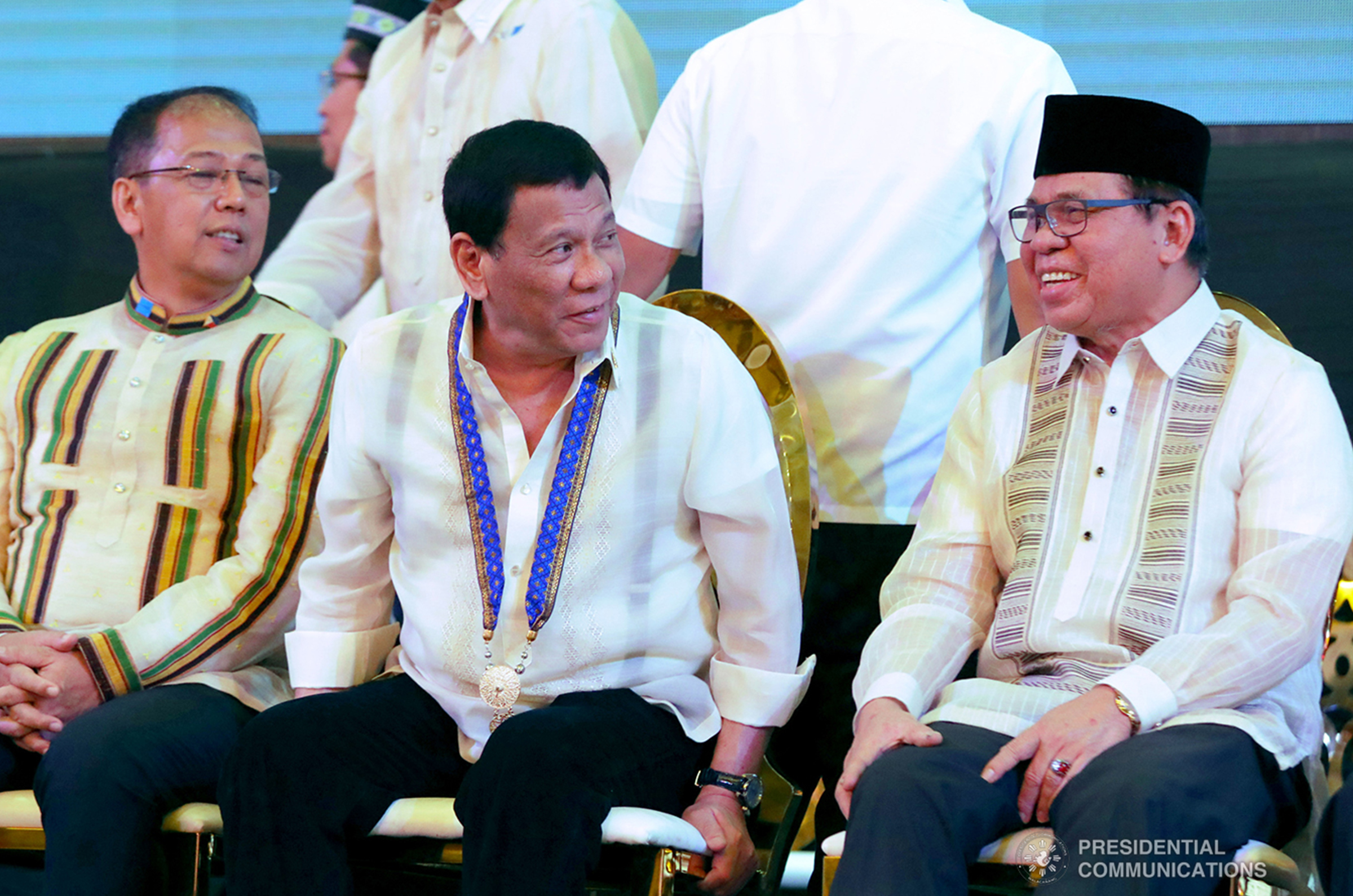 Six years ago, President Rodrigo Roa Duterte (PRRD) promised to give peace a chance in the Bangsamoro land.

Duterte—the first Mindanaoan president, was born and raised in the strife-torn Southern part of the country. As someone who has also declared of having Muslim lineage, the Bangsamoro people knew that PRRD fully understood the outcry of his fellow countrymen who have long struggled for self-determination.

In parallel to his economic reform initiatives, advocacy against illegal drugs, ruling out corruption, and massive infrastructure projects, PRRD is also known for his various peace-building efforts.

For this piece, we will look back on how his administration stepped forward in ending the decades-long struggles of the Muslim minority in Mindanao which uplifted the standard of living in the region.

The passage of the Bangsamoro Organic Law

During his term, he supported and enacted vital legislation which ushered transformation and development throughout the Philippines. While there have been signed agreements by his predecessors such as the FAB and the CAB, Duterte’s administration made a push to the signing of Bangsamoro Organic Law (BOL) on July 26, 2018, and its ratification on January 21, 2019. These efforts legally established the Bangsamoro Autonomous Region in Muslim Mindanao (BARMM) and paved the way for a more meaningful autonomy for the Bangsamoro people. This milestone provided an opportunity for the Bangsamoro people to govern themselves and exercise their historical right to self-determination.

To sustain just and lasting peace, the Duterte administration calibrated a six-point peace and development agenda which served as the blueprint of the peace process, the implementation of peace agreements, and the protection and development of conflict-affected and vulnerable communities.

Implementation of the normalization track

In another remarkable leap toward lasting peace, PRRD signed Executive Order (EO) No. 79 or the Annex on Normalization on April 24, 2019. The President’s nod on the said EO signaled the full implementation of the initially agreed peace mechanisms on the ground. The EO outlined four main aspects of the peace mechanism which included security, socio-economic development, confidence-building measures, and transitional justice and reconciliation.

As the transformation continues, the former combatants and their families also benefited from different skills training provided by OPAPRU in coordination with the Ministry of Basic, Higher and Technical Education-Technical Education and Skills Development (MBHTE-TESD). To date, there are already 25,000 beneficiaries across the region equipped with skills in pastry production, carpentry, electrical installation, dressmaking, and agriculture, among others.

The interim government and gains of the peace covenant

Following the ratification of the BOL, President Duterte appointed the first set of parliament members of Bangsamoro Transition Authority (BTA)—the interim government which is currently being led by Chief Minister Ahod B. Ebrahim.

For the past three years since its inception, BARMM leadership has continually strived to fulfill promises of a better life for its constituents. Under the banner of Chief Minister Ebrahim’s ‘moral governance’, the region rapidly turned each and every opportunity into a major breakthroughs.

One of the major turning points of this Duterte legacy in this region is the fiscal autonomy that allows the region to manage and spend its resources within the bounds of law based on the cultural-normative reality of the Bangsamoro. As provided by law, the region receives a block grant automatically appropriated in the General Appropriations Act (GAA) and released directly to the Bangsamoro Government.

Aside from the fiscal autonomy, the BOL also allowed the regional government to formulate legislation reflective of its regional demography and consistent with the Philippine constitution. These laws will serve as pillars of this new political entity that, hopefully, will be useful to the next generations of Bangsamoro.

At the height of the pandemic in 2021, PRRD once again heeded the call of different sectors to extend the transition period of the interim government from 2022 to 2025. This was to ensure the success of the GPH-MILF peace process. After a series of sessions in both chambers of the national legislators, the bill reached his table which he subsequently signed on October 28, 2021. In relation to the extension of the BTA transition period, PRRD made a firm decision to retain the current composition of the BTA during the first quarter of 2022.

Because of this legacy, BARMM continues to rise on the pedestal of economic stability. In a recent report by the Philippine Statistic Authority (PSA), the region’s economic performance increased by 7.5 percent in 2021 and recorded the second-fastest growth among all regions in the country.

During his term, national government agencies and the regional government forged ties for the establishment of the Shari’ah Supervisory Board in BARMM. This move is seen to provide economic opportunities and potential as it puts the country closer to tapping the $1.9 trillion Shari’ah compliant industry.

Before his exit, Duterte also enacted the Marawi Compensation Act which grants compensation for the loss or destruction of properties and lives as a result of the 2017 Marawi siege.

While the Duterte administration brought substantial economic and political reforms in the Bangsamoro, it is his peace initiatives that will cement his legacy not just in the hearts of the Bangsamoro but also to those who have been unaware or unfamiliar with Bangsamoro narrative.

Prior to PRRD’s presidency, the region and its people were always entangled with negative images; but with Duterte’s political will, the less-told struggles of the Bangsamoro have been magnified with a wider lens that gradually changed the prejudices and misconceptions.

As Duterte’s exit from presidency is drawing near, the pursuit of sustaining the gains of peace in Mindanao continues with the next administration. PRRD will always be remembered by the Bangsamoro people as the nation’s leader who fulfilled his promise of bringing peace to Mindanao—a legacy that shall forever be treasured. (Abdullah Matucan/BIO)