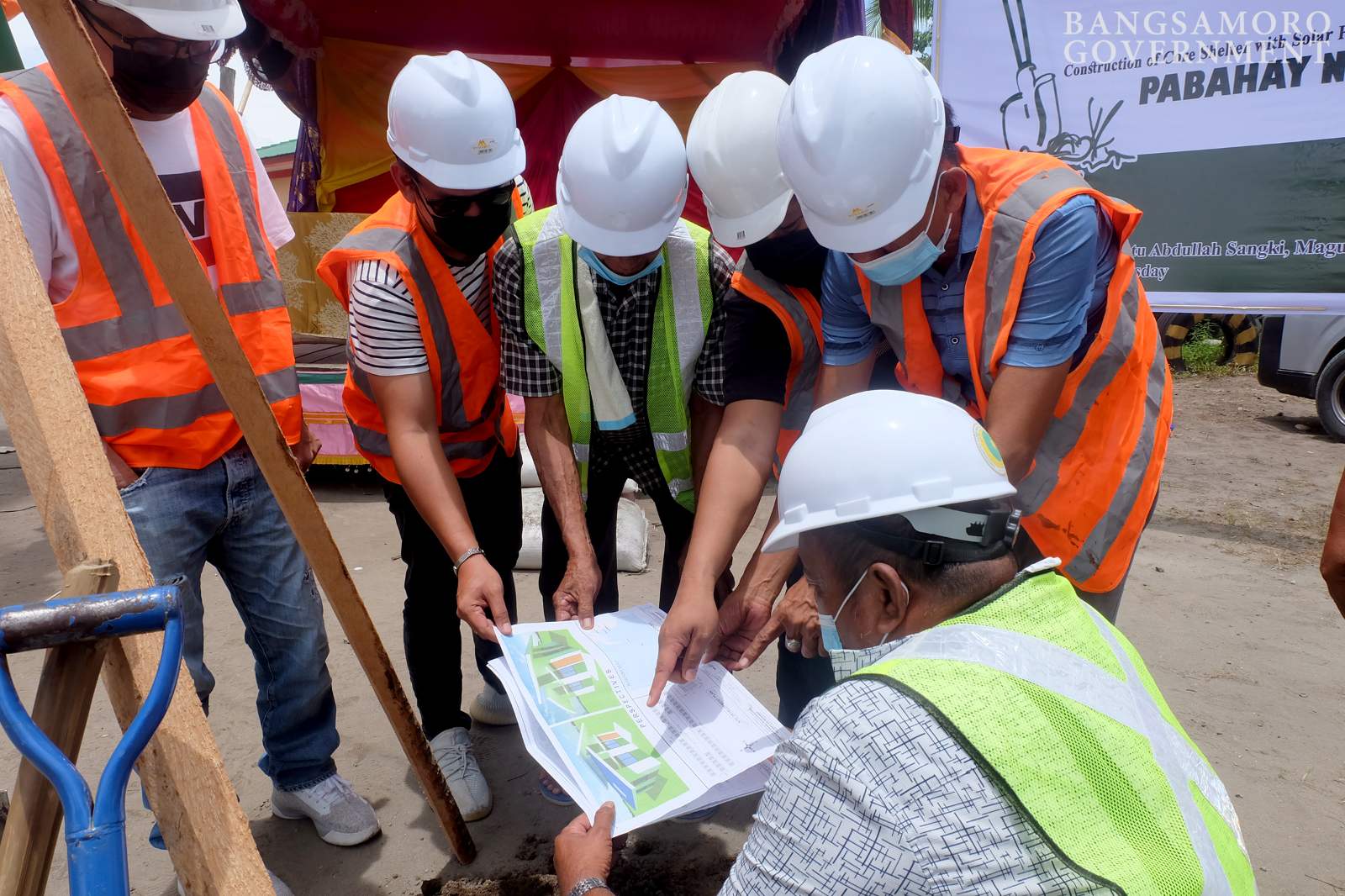 COTABATO CITY—More impoverished communities across the Bangsamoro Autonomous Region are expected to benefit from the region-wide housing programs implemented by KAPYANAN or the Kapayapaan sa Pamayanan Project—one of Chief Minister’s flagship programs.

On Tuesday, March 30, another groundbreaking ceremony for fifty (50) units of permanent core shelters was conducted by the KAPYANAN team for the indigent Bangsamoro residents of Barangay Guinibon in Datu Abdullah Sangki, Maguindanao.

According to KAPYANAN Deputy Project Manager Engr. Abdulnasser Usman, the construction of the entire housing project costs Php23-Million. This includes the installation of solar-powered light and community water consumption.

Recently, several groundbreaking ceremonies for the KAPAYANAN projects took place and resumed since the advent of the Covid-19 pandemic.

Usman stressed that due to the unprecedented emergence of the virus, the implementation of the housing project was momentarily halted.

He further shared that under the “Approved 2019 Target Areas of Housing Projects, a total of 1,130 core shelters will be constructed for Maguindanao province, 1000 for Lanao del Sur, and 500 for Tawi-Tawi.”

“Additionally, for the year 2020, a total of 5000 core shelters will be built equally for all five provinces of Maguindanao, Lanao del Sur (800 houses under KAPYANAN and 200 through the Ministry of Human Settlement and Development), Basilan, Sulu, and Tawi-Tawi,” he said.

Usman said some challenges include the construction bidding and donation of land property which caused a bit of delay in the actual fulfillment of the projects.

On the other hand, KAPYANAN Engr. II Datu Herie Pagayao provided an overview of the housing units. Each house shall have floor areas of 36 square meters with two bedrooms, living, dining, and kitchen areas.

“Our Chief Minister Ahod Ebrahim ensured to incorporate four components for his programs directed to the impoverished sectors—the provision of house, livelihood programs such as Project TABANG and READi, solar-powered light and water supply, and institutionalization of transparency and moral governance,” said Pagayao.

Meanwhile, Engr. Nasruddin Oyod targets to finish the construction of the housing projects within 365 days. He serves as the partner-implementer of the project, representing the joint-venture company of Gemma Construction Supply, Inc. of Koronadal City and ALPXR Construction and Builders Corporation from Tacurong City.

A similar 50-housing units will be built on Wednesday, March 31 at Brgy. Damalasak, Pagalungan in Maguindanao. (Bangsamoro Information Office)