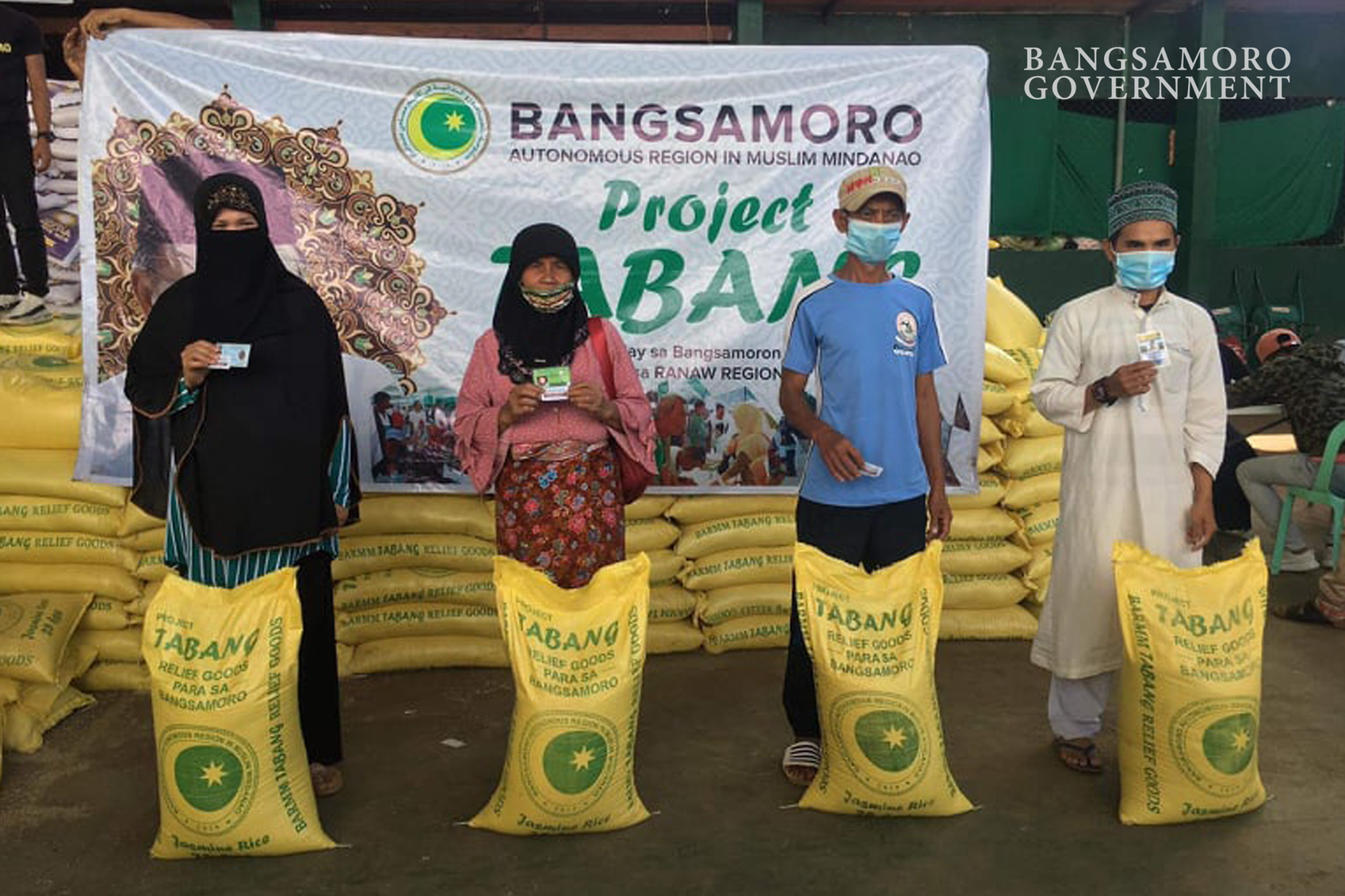 Marawi City (September 21, 2020) – Project TABANG, or the Tulong Alay sa Bangsamorong Nangangailangan, has allotted 300,000 sacks of rice for Lanao del Sur province, including some areas in Lanao del Norte, as it started its second wave of relief operation to residents affected by the coronavirus crisis in the Ranaw region.

As of September 21, a total of 13,912 sacks of rice were already distributed to 22 barangays in Marawi, including in Barangay Sagonsongan where internally displaced persons from the Most Affected Area (MAA) during the Marawi siege are sheltered.

“This Covid-19 crisis will not hinder us in helping our fellow Bangsamoro people. Project TABANG has allotted 300,000 sacks of rice for Lanao del Sur and some municipalities of Lanao del Norte, and we will deliver them to each barangay,” said Bin Hamza.

Bin Hamza and his team led today a house-to-house distribution to 2,500 families in barangays Matampay and Tampilong. Each family received 25 kilos of rice.

TABANG’s second wave of relief operation in Marawi is on top of Bangsamoro Government’s other assistance in keeping with its commitment to assist its constituents during the pandemic. (Bureau of Public Information)